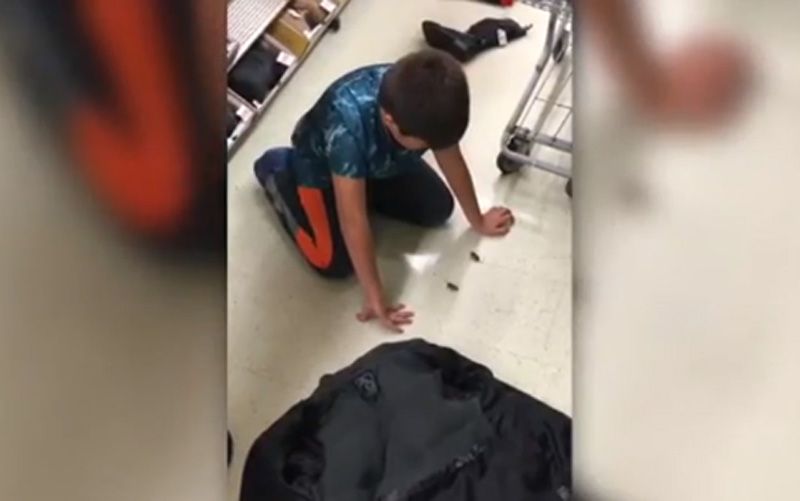 A Bismarck, North Dakota family made a surprising discovery on Monday in the footwear section of their local Kmart while they tried on winter boots.

Shasta Riederer was shopping with her two sons, Talon and Deakon, when she heard one of them say “Mom, look.” She glanced over and saw what she thought were Vienna sausages falling out of a pair of boots. Then, she noticed that they were moving – and squeaking.

Upon closer examination, the family realized they’d discovered two mice. Then, they found more. In total, the Riederers gathered a family of eight mice – one mom and seven babies. Kmart had no interest in keeping the mice, but Talon and Deakon, who had remained calm throughout the ordeal, asked their mother for permission to take them home. Both Kmart and Shasta approved, and her boys were thrilled.

They purchased a fish tank to use as a makeshift shelter for the mice and got them home and situated just in time for a feeding. The family also bought the pair of boots they had discovered the mice living in.

When the babies are a little bigger, the mice will be released into the wild.

Although mice are commonly viewed as pests, Shasta praised her sons for their decision to take them home: “So proud of them that they have that kind of compassion,” she said. “That they are willing to save mice when it would have grossed everybody else out.”

According to K-Mart, their footwear section was searched thoroughly, including inside all the boxes, and no other mice were found.