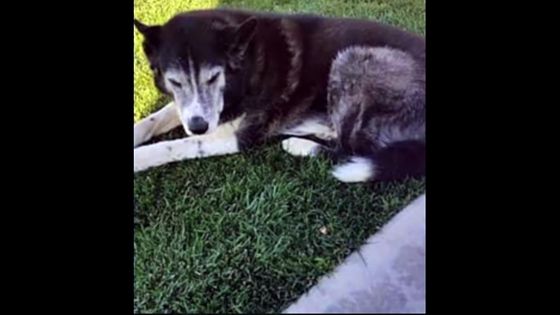 California deputies responded to a domestic disturbance call Monday but arrived at the wrong house — and ended up shooting and killing family’s dog.

The dog’s name was Buddy, an 11-year-old Husky mix.

According to Lt. Brad Toms from the San Bernardino County Sheriff’s Department, “A couple of small dogs ran out, barked at them, followed by a much larger dog who barked aggressively and charged toward the deputies.”

However, Buddy’s family is telling a different story, and claims the officers did not even attempt to help the animal after shooting him.

Debra Blackmore is very upset at the loss of her dog. “I don’t understand why the cops when they knew they were at the wrong house and shot my dog, why didn’t they rush him to the emergency?”

The family took their beloved dog to the emergency room themselves, but it was too late. Buddy didn’t make it.

Unfortunately, stories like this are far from rare. Every year, thousands of dogs are murdered by police officers who say they acted in self-defense.

According to the ASPCA, half or more of shooting incidents involve police officers shooting a dog.

Many of these innocent dogs never bite or otherwise try to harm police officers. Law enforcement is turning to their guns to solve dog problems, even if the dogs pose no threat.

This is a serious issue that must be addressed by providing all law enforcement agents with animal training and teaching them to use non-lethal methods in dealing with aggressive pets. Please sign Lady Freethinker’s petition to help make this training mandatory.