David Ialhruaitluanga, a resident of the Mizoram state in India, transformed from social media activist into real-life hero after he witnessed a suspicious truck full of dogs leaving Vairengte, and posted about the incident on Facebook.

He took photos of the truck, including one with a clear view of the license plate number, and sent them to Ornella Pachuau, member of animal rights’ activist group Purr Paws Foundation.  Ialhruaitluanga had heard about the group’s recent dog rescue in September, in which 26 canines were saved from illegal meat trade in Mizoram, and hoped they could successfully save 17 more animals. 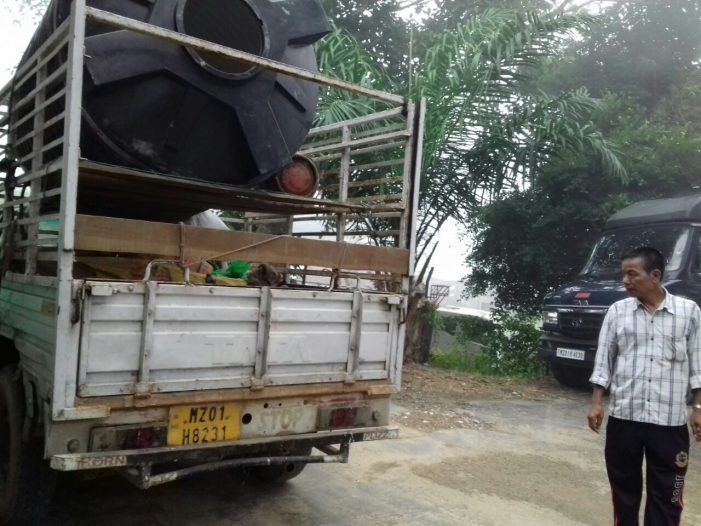 The founder of Purr Paws Foundation, Nandini Baruvah, stated that once the group received the information, it immediately began coordinating with Mizoram police officers to intercept the truck before it reached its final destination, which is still unknown. Police officers stopped the truck in Kolasib, approximately 30 miles away from Vairengte.

All 17 dogs have been rescued and are currently under the care of animal rights activists in Aizawl, also in Mizoram, and will be put up for public adoption after treatment and rehabilitation. They are receiving assistance from the Animal Welfare Board of India (AWBI) and Humane Society International. The identities of the individuals apprehended for attempting to sell the dogs for meat are unknown. 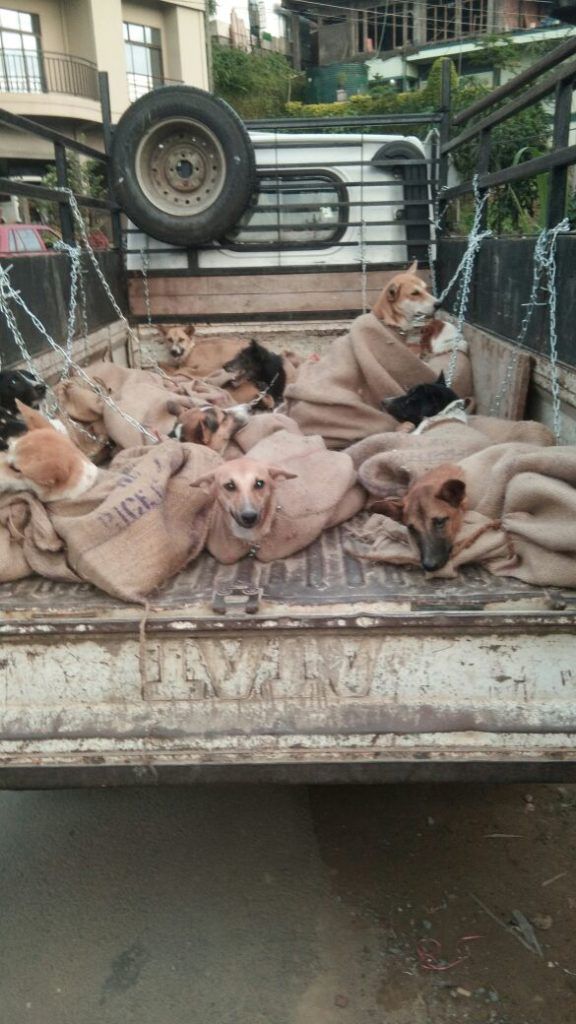 Although the sale and consumption of dog meat is illegal in India, it continues to flourish, particularly in the northeastern region of the country. Nagaland, a state that neighbors Mizoram, reportedly slaughters tens of thousands of dogs a year for meat, and more isolated incidents have been reported all over India. Some consumers believe that dog meat brings good fortune, but because many butchered dogs are captured off the street, there is a heightened risk of disease and infection.

While the dog meat trade is, thankfully, shrinking across the globe, animal cruelty still continues to happen every single day. If you notice any suspicious behavior or treatment of animals, contact your local Humane Society or ASPCA. If you’re interested in volunteering with Purr Paws Foundation, or learning more about the group, email [email protected]