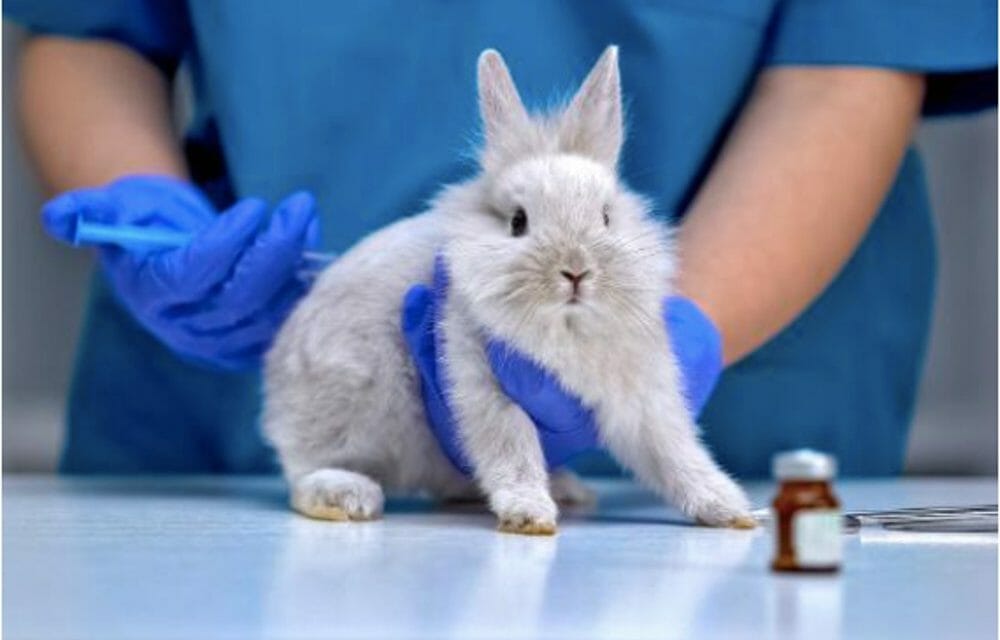 In a bold move that could save countless animal and human lives, the European Parliament has voted for a phased-out end to all animal testing.

A resolution, passed with a 667-4 vote, demands that the European Union (EU) create an action plan to end the use of animals in research and testing, including concrete deadlines and increased funding to develop reliable and more humane alternatives.

The phased-out approach would allow animal testing to continue until those alternatives are available, in alignment with a 2010 EU directive.

But the resolution also seeks to accelerate the transition to faster, more reliable, and more humane methods by minimizing harm to animals used in experiments and ensuring that all scientists are trained in advanced non-animal methods.

The provisions took Parliament a year to put together, with input from both scientists and animal welfare advocates.

Member of the European Parliament (MEP) Tilly Metz said she hopes the resolution will push scientists to more fully realize the benefits of existing alternatives while catalyzing future progress.

“While the past decade has seen amazing new developments in alternatives to animal testing, policymakers, regulators, and parts of the scientific community are yet to fully recognize the potential of these new methods,” Metz told Science-Business. “The resolution we voted on today aims to accelerate the shift in mentalities, regulation, and funding.”

Parliament’s call builds on other critical animal welfare decisions the EU has passed, including a 2004 ban on testing finished cosmetic products on animals, a 2009 ban on testing cosmetic ingredients on animals, and the 2010 directive to shift completely away from testing on live animals as soon as more reliable and accurate alternatives are available.

“We at CCS are delighted with the news and helping to ensure that the [United States] follows Europe’s leads,” CCS wrote in a celebratory Tweet.

An estimated 200 million animals are infected, poisoned, blinded, brain damaged, shocked, otherwise tortured, and killed in painful and prolonged experiments each year, according to CCS data. In the EU, more than 11.5 million animals were sacrificed to experiments in 2011 — despite the 2010 directive to shift away from animal testing — and more than 9 million endured experiments in 2017, according to European Commission data.

More than 65% of the animals tested globally don’t get any painkillers during the process, while an estimated 22 percent receive only partial anesthesia. At the end of the inhumane tests, a horrific 75% of animals are killed, according to data from nonprofit Stop Vivisection.

Despite the massive number of sacrifices required and the cruelty involved in the experiments, they’re performed with “no clear human benefit” given genetic differences between species, CCS said.

While the medical treatments available today all have been approved for humans after being tested on animals, more than 90 percent of drugs — including life-saving vaccines — approved in animal tests fail in human clinical trials. A number of human-helpful treatments — including Penicillin — also were delayed from hitting human markets because they failed initial safety tests in animals.

That adds up to a lot of wasted time for sick people in need of solutions, millions of taxpayer dollars, and cruel and painful deaths for countless animals.

Despite the clear genetic differences between humans and other species, some organizations have chafed at Parliament’s call for concrete deadlines. The European Federation of Pharmaceutical Industries and Associations said forcing scientists to meet set-in-stone deadlines when alternatives might not be available could harm human health, access to funding, and scientific development.

But CCS contends that a ban on animal testing will speed science toward progress — not hold up scientific advancement.

“There is an urgent scientific need to move away from unreliable animal testing and use more predictive models that are based on human biology,” Akhtar said. “With the numerous innovative testing methods now available, we are embarking on a new era in medical research that will truly revolutionize human health.”

A legal petition by Stop Vivisection, sent to Parliament prior to their decision, also speaks to the importance of fast-tracking reliable and human-specific testing methods.

“By getting rid of animal tests, we would rid ourselves of a great obstacle to scientific progress and to the treatment of many serious and increasingly serious human health problems,” the petition says.

The European Commission now must respond to Parliament’s resolution, a process that typically can take up to three months.