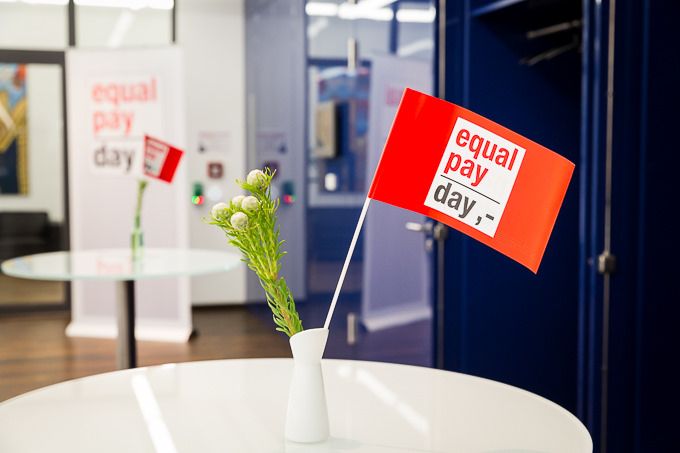 This year, April 4 is Equal Pay Day, which is the day that marks how far into 2017 women needed to work to earn what men were paid in 2016.

To highlight the day, LeanIn.Org has launched the #20PercentCounts campaign, bringing together over 80 businesses to bring greater awareness to the gender pay gap.

In the United States, a woman is paid an average of 20 percent less than her male counterpart. For women of color, the gap is even larger (for example, Hispanic women are estimated to be paid 46 percent less).

Several large companies have teamed up with LeanIn.Org to offer 20 percent discounts or other promotions. LUNA is offering 20 percent off their LUNA Bars and matching the discount amount with a donation of up to $100,000 to fund salary negotiation workshops. Lyft is donating 20 percent of its proceeds from rides to organizations that serve women and families, like the Boys & Girls Clubs of America and the AAUW (American Association of University Women).

In addition to the hashtag campaign and business promotions, LeanIn.Org has also produced a video that brings levity to the situation with a bit of absurdist humor.

In the U.S., we have a long way to go to achieve gender equality. As we are reminded today, women are systemically undervalued in the workforce.  The U.S. ranks 104th in regard to women’s representation in government, with women making up only 20 percent of U.S. Congress. We are also the only member of the Organization for Economic Cooperation and Development (OECD) that does not require paid maternity leave for new mothers.

LeanIn.Org’s campaign focuses on ways companies can close the gender pay gap. Their site pushes for businesses to conduct “pay audits” and to make sure negotiating is commonplace for both women and men. Their site also shares tips for women and men working toward more equitable workplaces.

On Equal Pay Day, it’s also crucial to consider the steps government might take to address the systemic nature of the gender pay gap. There is a diverse array of policy proposals that highlight the complicated nature of the problem. In addition, there are more specific steps Congress could take, such as passing the Paycheck Fairness Act to update and strengthen the Equal Pay Act.

Both business and government action are needed to close the pay gap and move toward a more equitable society. Today, the #20PercentCounts campaign puts the focus on businesses, and several forward-thinking companies have stepped up to the plate to support closing the pay gap. To learn more about the campaign and the businesses involved, check out #20PercentCounts and leanin.org/equalpay.