Game-Changer: This Music Festival is Plastic-Free, Vegan and Virtually Zero-Waste 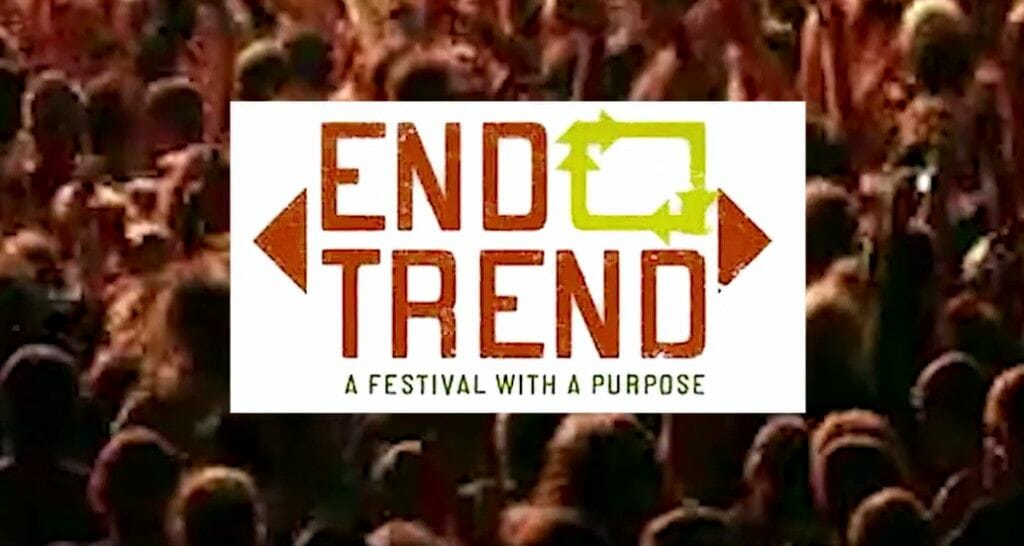 Music is just the beginning at ENDOTREND, a “festival with a purpose” in Denver, CO showcasing film, art and innovation with a singular purpose: sustainability.

“ENDOTREND aspires to be a near 0 waste, near 0 energy event that will grow and expand in key locations across the U.S.,” ENDOTREND creator Jeremy Gregory told Lady Freethinker. “I think this concept will have a lasting impact because of how we are infusing music, art, film and other components into what will become a weekend experience of inspiring solutions based concepts and ideas.”

Forget about smelly power generators and floors littered with red Solo cups. Plastic is not on the menu at ENDOTREND — short for “ending a destructive trend” —  and electricity will come from kinetic dance floors, a mobile wind turbine and even bike-pedal power for those who want to burn some calories after feasting at the all-vegan food court. Any energy not made on-site will be offset with the purchase of renewable energy credits.

A musician, artist and activist himself, Gregory was inspired by festivals like Bonnaroo, Forecastle and the early days of Coachella and SXSW.

“Taking elements of these amazing events, I came up with ENDOTREND…to open minds and hearts, and immediately leverage those openings to engage in education, discourse, and solutioning that will drive lasting shifts in mindset and perspective, inspiring people to take positive action and excite change in the community.”

“This will be an event that is truly about making profound change and having a great time while doing it!” he added.

ENDOTREND is just one endeavor of Gregory’s philanthropic project-planning and production organization, Tindakan. Tindakan is forging an alliance of activists to effect meaningful change, and will soon be promoting industrial hemp and other sustainable solutions.

Along with a music lineup of about 20 bands, ENDOTREND will screen a series of documentaries promoting animal welfare and environmental consciousness, curated by Reel2Real Productions. Films include Gambling on Extinction, The Ghosts in Our Machine, and Exposed – which features former Wildlife Services employees revealing the brutal, government-sanctioned animal killings performed in the name of “predator control.”

One ENDOTREND feature you won’t find at the average music festival? Conference-style talks. Keynote speaker is Winona LaDuke, executive director of Honor the Earth, and other speakers include Taylor Jones of Wild Earth Guardians, Paul Quaiser of the Human Sustainability Institute, and Nil Zacharias of OneGreenPlanet.

ENDOTREND 2016 is scheduled for Saturday, October, 1 at the McNichols Civic Center Building in Denver, Colorado. For more information or to purchase tickets, click here.