Home » Animals » ‘End of Medicine’ Documentary Looks at How Our Treatment of Animals Breeds Pandemics By Lex Talamo | May 16, 2022 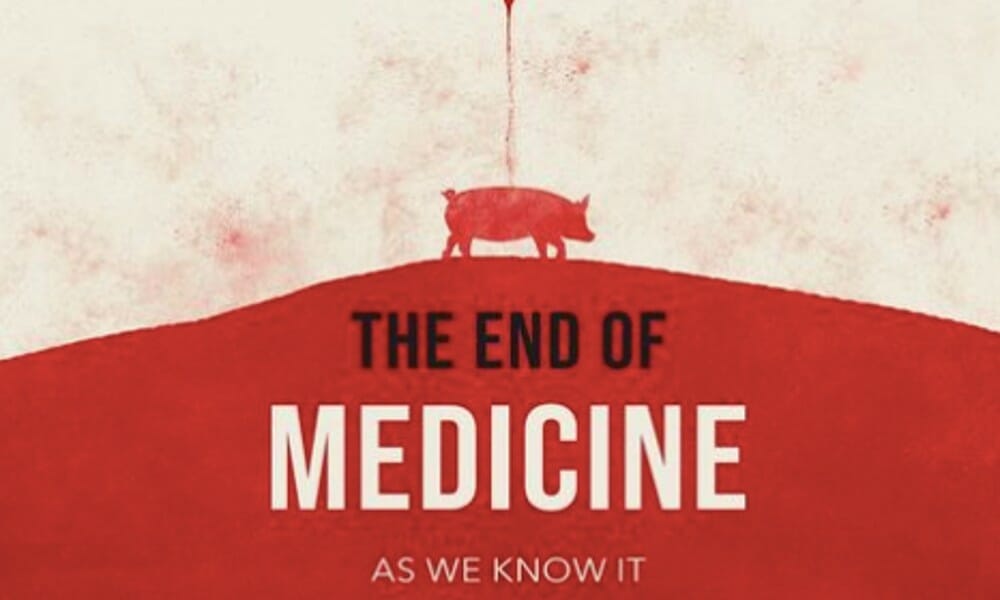 A new documentary aims to tackle the root causes of pandemics – and how people’s treatment of animals factors into creating them.

The “End of Medicine” highlights the link between animal treatment, including in intensive animal agriculture and the wildlife trade, and emerging health threats, including pandemics, zoonotic and infectious disease, and antibiotic resistance.

The documentary posits that one of the most important questions of our times – the root causes of pandemics, and how to prevent the next one – have gone largely ignored by public health agencies, even amidst the COVID-19 pandemic.

“We have been frustrated with the failure of mainstream media to properly address the threat of disease coming from animal agriculture, both before and during the current pandemic,” said Lockwood and Kuhn. “The End of Medicine is an alarm bell and warning of what is to come if we don’t change.”

The film also explores how people’s consumption of animals under current conditions factors into chronic disease and health inequities.

Mara and Phoenix said in a press release they hope the film and it’s irrefutable science will be an eye-opening call to action for people and society to change destructive habits, while Akhtar, who formerly served in the Food and Drug Administration’s Office of Counterterrorism and Emerging Threats, said this particular conversation is critical.

“Health agencies are being negligent by not informing the public about the cause of pandemics,” Akhtar said.

The film was more than two years in the making, and the production and release – during a pandemic – was both a challenge and affirmation of the film’s value, Lockwood said.

“When we started shooting in October 2019, we never anticipated that we would be thrust into the midst of a global pandemic – the very thing our film seeks to understand,” he said. “For us, it really drives home the importance of understanding the causes of disease like COVID-19.”

CCS also will host a panel discussion about the issues and the film on June 9, starting at 2 p.m. EST. Registration is free and people can check it out by using this link.