Elephants Are Evolving Without Tusks to Survive Poachers 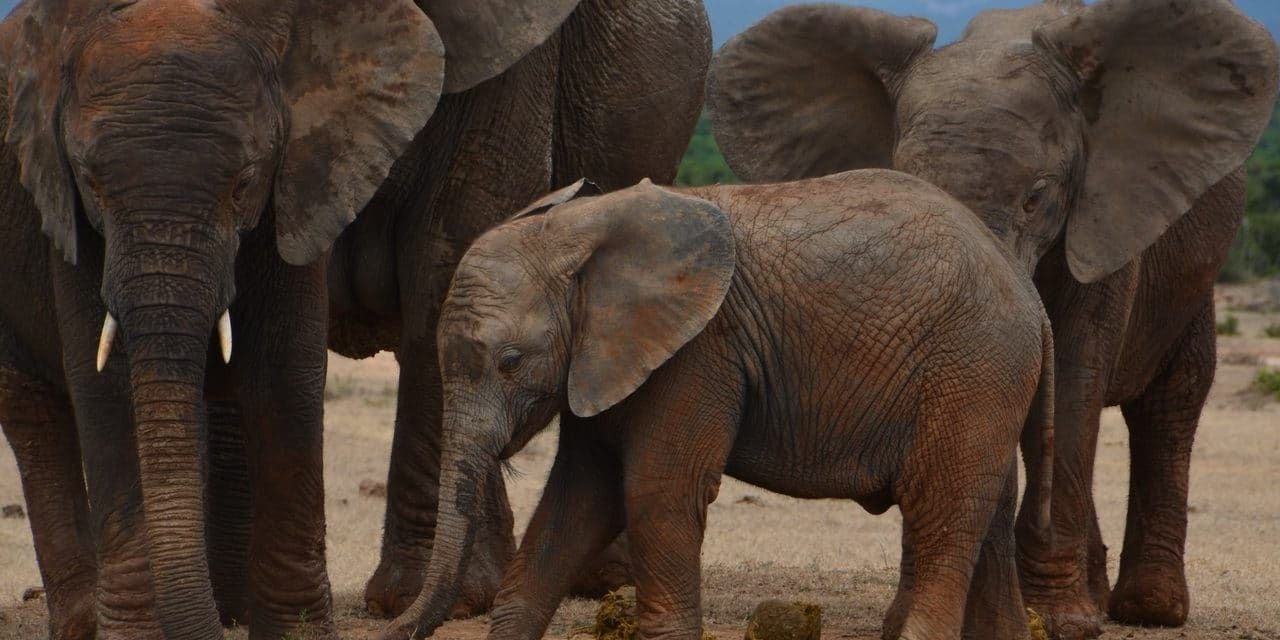 Many of the elephants wandering Mozambique’s Gorongosa National Park these days are tuskless.

From 1977 until 1992, the country underwent a brutal civil war. Due to the conflict, about ninety percent of the elephants that once existed there were poached for their ivory, which helped fund weapons and feed soldiers.

Gorongosa’s tuskless elephants developed a biological advantage as a result of the poaching. According to recent figures, one-third of the generation of females born after the war ended never grew tusks – something that would normally only occur in 2 to 4 percent of female African elephants.

Elephant behavior expert Joyce Poole, who studies the park’s pachyderms, says that decades ago, some 4,000 elephants lived in Gorongosa. Following the civil war, those numbers tragically dwindled into the triple digits. Yet-unpublished research compiled by Poole shows that 51 percent of the 200 known adult females (aged 25 or older) that survived the war are tuskless. Of the female elephants born since the war, 32 percent have no tusks.

Poole, who serves as scientific director of a nonprofit called Elephant Voices, explains that male elephants have bigger and heavier tusks than females of the same age. She continues: “But once there’s been heavy poaching pressure on a population, then the poachers start to focus on the older females as well.” The resulting older age population of elephants will, therefore, consist of a high proportion of tuskless females.

Elephant poaching remains a huge problem throughout parts of Africa – it’s estimated that on average, an African elephant is killed every 15 minutes. It’s no surprise, then, that similar shifts among female survivors and their daughters have occurred in countries other than Mozambique that also have a history of substantial ivory poaching. The effect has been particularly extreme in South Africa – in the early 2000’s, 98 percent of the 174 females in Addo Elephant National Park were reported to be tuskless.

In some heavily-hunted areas, such as southern Kenya, poaching has led to reduced tusk sizes. According to a 2015 study by Duke University and the Kenya Wildlife Service, male survivors of a period of intense poaching had tusks about a fifth smaller than average, while females had tusks about one-third the normal size. This pattern continued – offspring born after 1995 had tusks between 21 and 27 percent smaller than elephants in the 1960’s.

Elephants without tusks are surviving and appear to be healthy, according to Poole, but the work they do with their tusks is part-and-parcel to their everyday lives and vital to the well-being of many smaller species, who rely on elephants to dig holes for water and topple trees over for shelter.

While measures are being taken to reduce the global demand for ivory, such as ivory bans in the U.S. and China, it’s unclear how long it will take for elephants with high levels of tusklessness to recover. One thing remains clear: when it comes to saving these beautiful, gentle giants from extinction, time is of the essence.