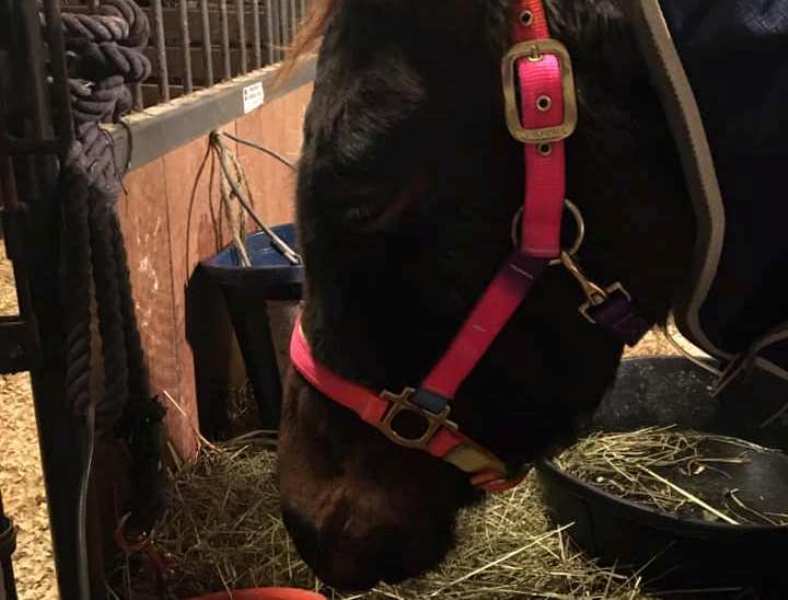 A severely neglected horse, irresponsibly listed on Craigslist for free by her owner, has been rescued from almost certain death.

A concerned member of the public alerted a local Ohio animal rescue organization, Fighting Chance Rescue, that an emaciated horse needed help after seeing an ad on Craigslist. The ad read, “Free horse … I don’t know what’s wrong with her. If you can help her, you can have her.”

On the verge of dying, the horse — named Star — was saved by the rescue center. She had to be transported to her new stable on a stretcher, and the rescue team had to hold her up with a sling because her legs were too weak for her to walk or stand. 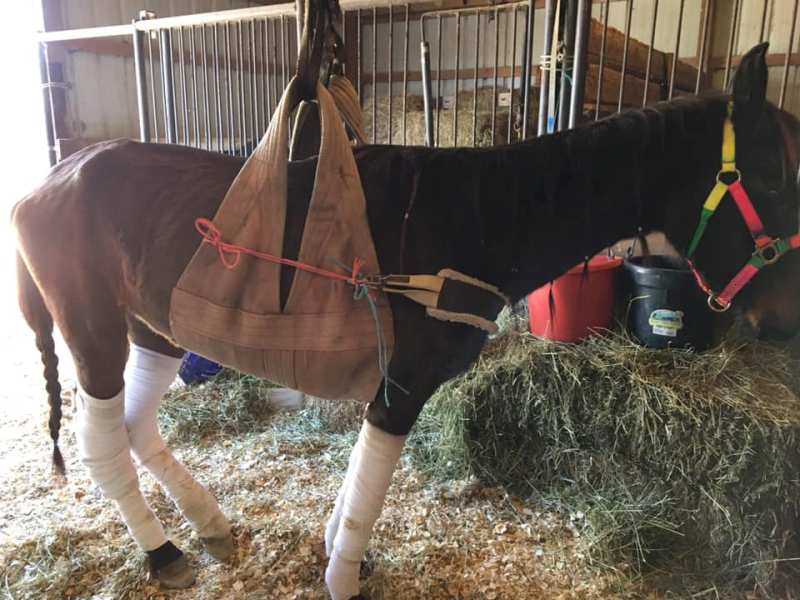 Star in her sling at the rescue centre. Image Credit: Fighting Chance Rescue/Facebook

The rescue center’s president, Kimberly Kinder, said that Star is lucky to be alive, and that she’s not out of the woods yet.

“She’s in danger of possibly dying of starvation,” Kinder told Fox19. “We know she’s two-years-old and 400 pounds, which is about 500 pounds under what she should be.”

The round-the-clock care Star is receiving certainly seems to be helping, and the latest update on the rescue center’s Facebook page says that she is now “bright-eyed and bushy-tailed.”

There is currently an investigation into how Star came to suffer in this dreadful way, and Kinder hopes the people responsible will be brought to justice.