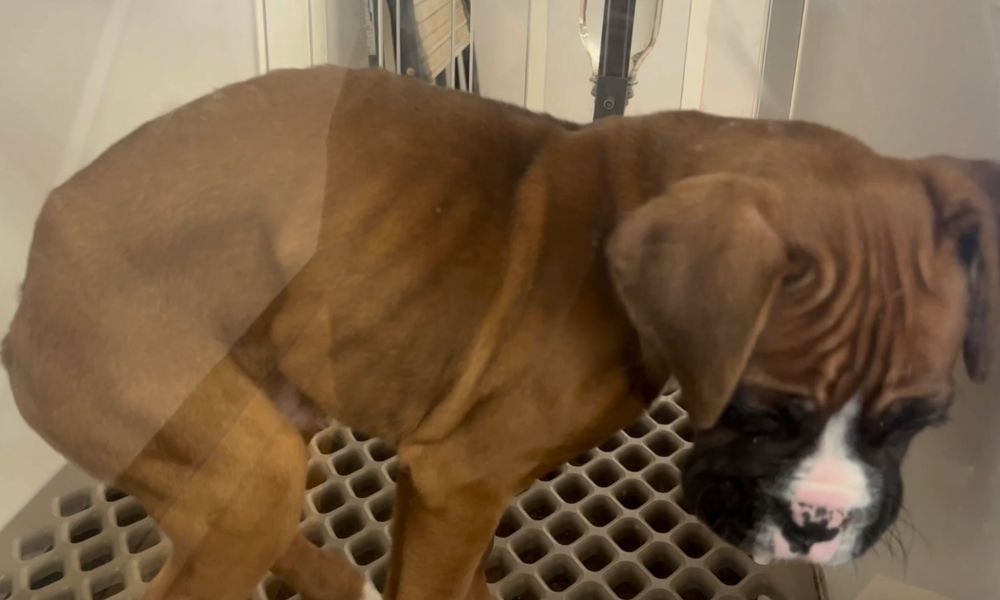 One young boxer, whom LFT has since named Rolo, was being sold for $2,800. His spine and hip bones were protruding and all of his ribs were visible. He struggled to sit comfortably – getting up every couple of seconds to readjust.

Our investigator voiced concerns about the puppy appearing thin to staff members, who said, “All of his weight just goes to his growth,” and to the store owner, who said the puppy’s “metabolism burns up the food.”

You can see the interactions in the video below.

LFT’s investigator observed 35 total puppies in the store housed in small cages and being sold for thousands of dollars each. Other dogs included two Boston terriers, two French bulldogs, and two chocolate Labs who appeared to be very thin, as well. The fur on several wire-haired dogs was long, appeared not to have been brushed in quite some time, and seemed to be stained with urine, according to the investigator.

Only two dogs had bones in their enclosures, with no other toys noted in any cage. Not one dog had a raised bed, or even a blanket, according to the investigator. 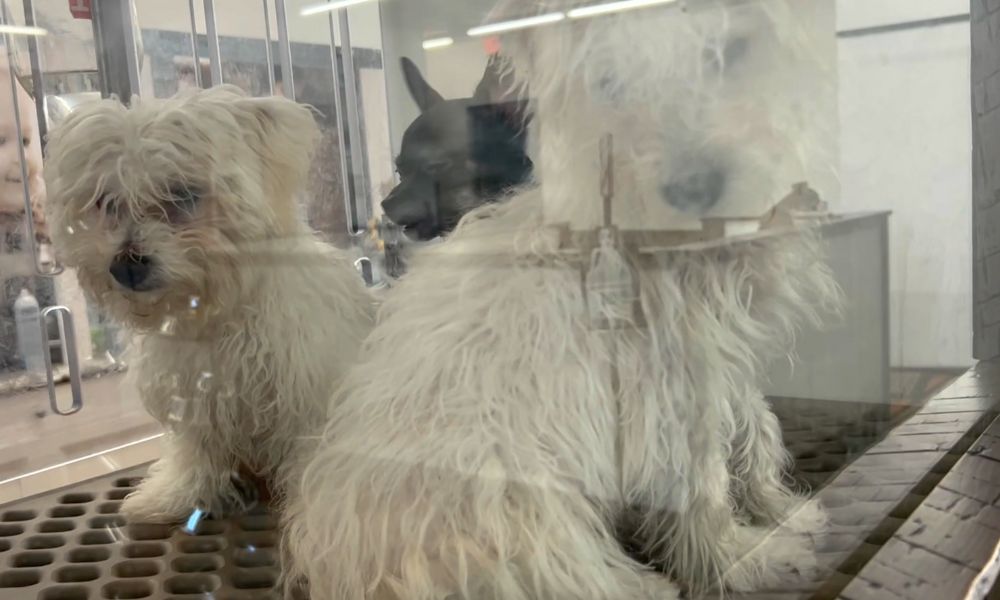 Thousands of animals in Indiana – and millions across the country – sit in shelters each year. These animals deserve loving guardians and forever homes, but many perfectly healthy and friendly dogs are euthanized rather than adopted.

We’re urging the public to never buy dogs from any breeder or pet store.

We’re also calling on officials in the state to prohibit the sale of dogs, cats, and rabbits from pet stores, something many other places –  including New York, California, and Illinois – already have done. If you haven’t already, please sign the petition here and share it with your friends and family.

LFT has reported the conditions of dogs at Puppygram to authorities.

Have you or someone you know purchased a dog from Puppygram who was sick or had other health issues? Email us your story at [email protected].