Home » Animals » Dog Stolen From Rest Stop During a Snowstorm Reunites With Family Thanks to State TrooperBy Heidi Yanulis | October 5, 2021 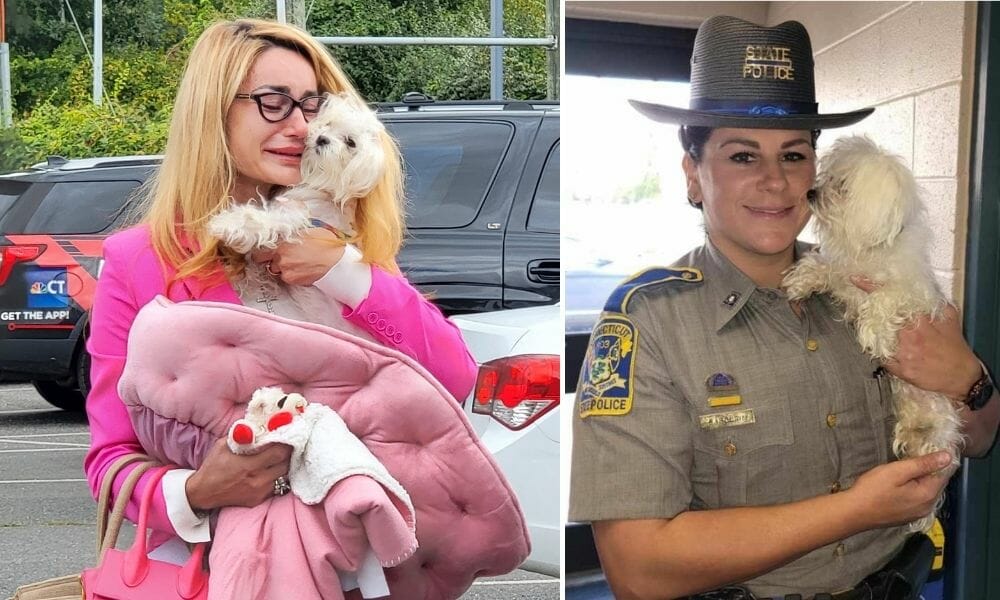 A Maltese puppy named Cindy was stolen at a rest stop in Connecticut and stayed missing for eight long months before state police found and reunited her with her loving family, according to ABC7.

The theft, captured on surveillance cameras, occurred during a snowstorm while Cindy’s guardian, Valeria Karat, was pumping gas. The thief pushed her away from the car and drove off with Karat’s then 4-month-old Maltese inside, while Karat screamed at him to give her back her dog. Police eventually recovered Karat’s vehicle, but Cindy wasn’t found.

Karat searched relentlessly for her beloved Cindy. She called the police and animal shelters all over the area in hopes that someone had turned in the tiny dog.

Months later, when detectives showed Karat a picture of a Maltese puppy they had recovered from a different stolen car, she knew immediately they had found Cindy.

“It brought tears to my eyes,” said Sabourin. “Cindy, she remembered exactly who her mom was, even though she was only four months when she was taken.”

This is an ongoing investigation. Detectives are still looking for the car thief but said arrests are imminent.