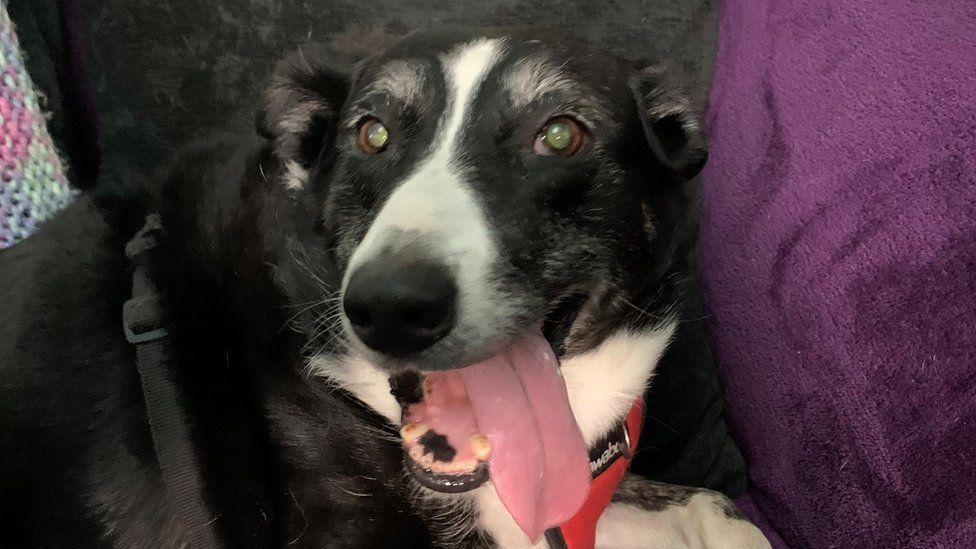 A friendly rescue dog in England reunited with her family following a fireworks scare by smartly seeking help at a local police station.

Rosie, a 10-year-old border collie, went missing after loud fireworks terrified her while she was walking with her guardian Steve Harper and the family’s other dog, Laser, in the afternoon, according to news reports.

“Someone let off a firework and Rosie does not like loud bangs,” the dog’s owner Julie Harper told NottinghamshireLive. “Rosie ran back to my husband but, before he could put the lead back on, another firework went off and she just shot off.”

Rosie pushed through a hedge into a park and shortly thereafter found her way to the safety of the nearby Loughborough Police Station, BBC News reported. A CCTV recording shows her walking through the automatic doors, then circling back to the waiting room, where she lays down to wait.

“I was so pleased and so happy she was safe and so proud of her that she was clever enough to find her way to the police station,” she said.

“Thankfully she was wearing a collar, so a lead was available to contact Rosie’s owner,” said police, who, after giving Rosie some water and some playful affection, promptly notified her family that their beloved pet was OK and no longer missing.

While Rosie loves chasing squirrels, fetching balls, exercising and “doing collie things,” like many pets she is extremely scared of loud noises such as explosive fireworks, Harper told NottinghamshireLive. Whenever she hears a firework Rosie would “go and hide in the bath and shake,” she said.

This lovable border collie’s story highlights the importance of making sure companion animals have microchips or other identification and committing to do whatever we can to protect companion animals from the scary, stressful experience of loud fireworks or other types of explosive noise. We urge everyone to never set off fireworks to avoid scaring dogs, cats, and wildlife in the area.