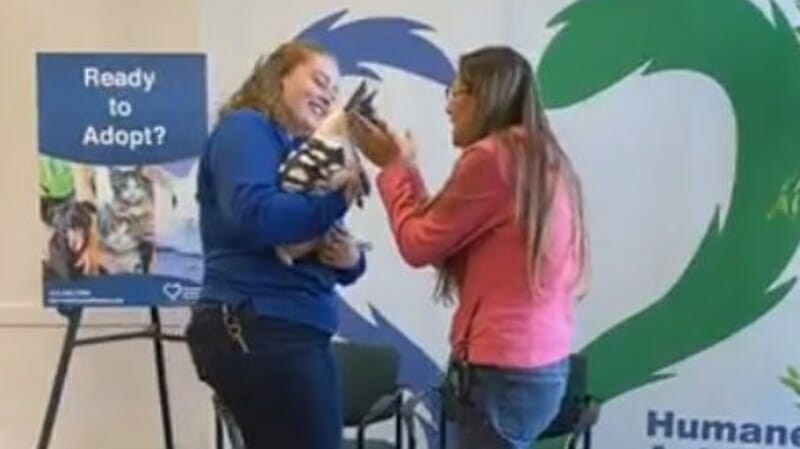 A toy fox terrier named Dutchess who disappeared from her Orlando home on February 28, 2007 has finally been reunited with her worried carer after a Pittsburgh man discovered the lost dog under his shed — nearly 1,000 miles away!

Dutchess’s rescuer took the cold and hungry dog to Humane Animal Rescue where she arrived dirty, shivering, nervous and with her nails badly needing cutting, but in general good health, according to admissions counselor Torin Fisher.

The dog’s carer, Katheryn Strang, had been searching for Dutchess for over 12 years, posting lost dog notices and visiting her local animal rescue shelter in a bid to find her. Strang even paid to keep Dutchess’ microchip up to date, never giving up hope of finding her. So, when the terrier was found, she was immediately linked to her carer even though Strang had moved to Boca Raton.

A disbelieving-but-happy Strang was notified of Dutchess’s reappearance and drove 18 hours to see her precious pup once again. The tearful reunion between the now 14-year-old dog and her ecstatic owner on Friday, October 11 was captured by shelter employees and posted on Facebook.

“I missed you,” an emotional Strang told Dutchess during their first meeting in over 12 years, asking, “Baby, where have you been?”

This remarkable reunion shows just how important it is for all dogs to be microchipped to keep them safe.

Nobody will ever know what happened to Dutchess during those years or how she came to travel nearly 1,000 miles from her home in Orlando to Pittsburgh, but thankfully this is one story with a wonderful, happy ending.