Dog and Orphaned Baby Giraffe Become the Best of Friends

A beautiful bond has formed at The Rhino Orphanage in South Africa. Jazz, a baby giraffe, and their resident guard dog, Hunter, have been inseparable ever since Jazz’s recent move to the rescue. 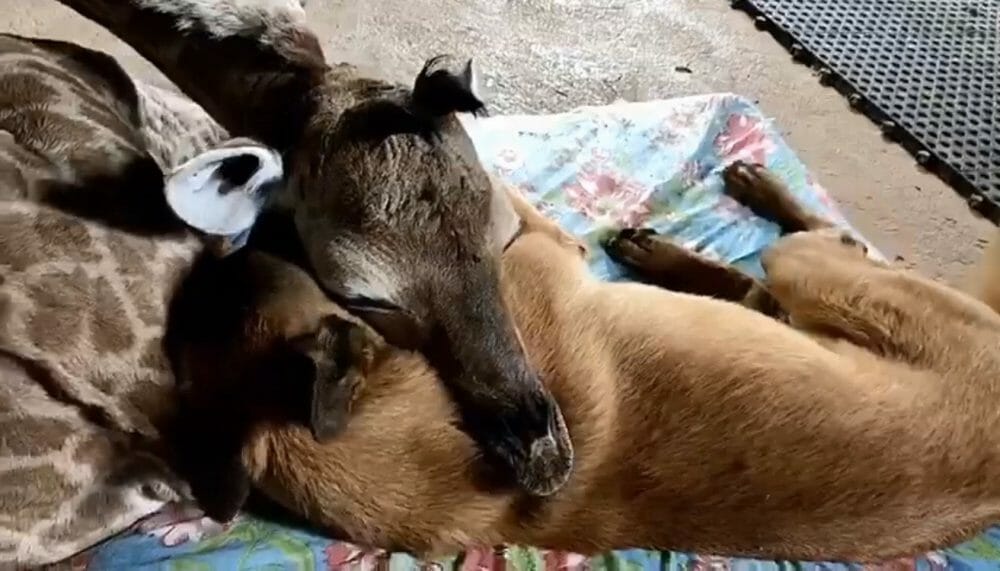 A farmer in Mokopane found Jazz abandoned and dehydrated in the wild and reached out to the rescue for aid. Jazz was only a few days old, and the rescue suspects his mother left him at birth. When the baby giraffe arrived at the rescue, his health was fading, and Hunter, the three year old Belgian Malinois, immediately took charge as his protector.

According to the rescue’s Facebook page, Hunter spends his days in Jazz’s room and didn’t eat until the young giraffe’s health improved. Jazz will stay with the rescue until he is healthy enough to be released back into the wild.

In the meantime, Hunter continues to be a source of comfort and companionship for Jazz, and their bond has warmed hearts around the world, proving that love and friendship know no bounds.