Permanent Daylight Savings Time Could Save Deer and Human Lives 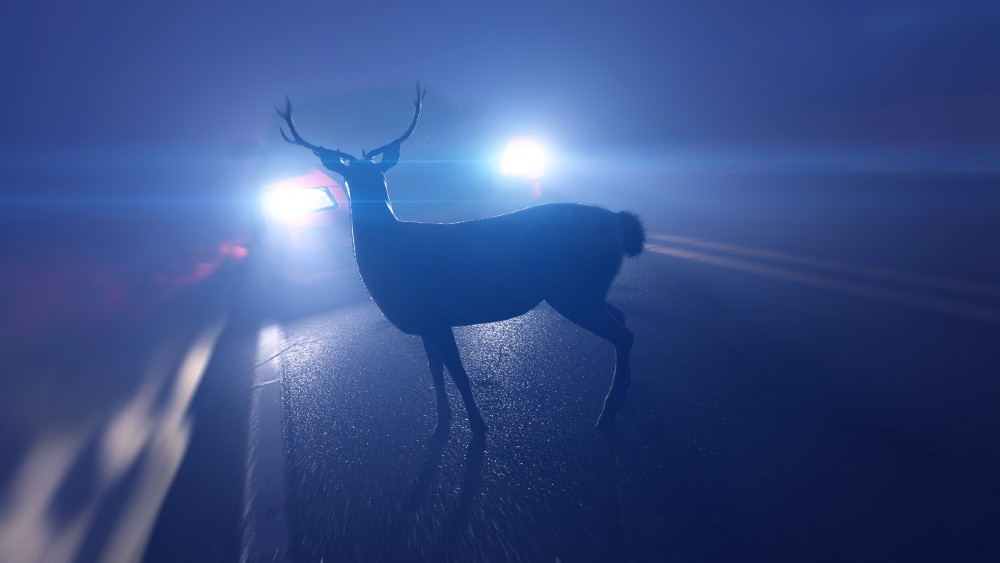 A new study from the University of Washington (UW) about deer-vehicle collisions has an important message about the switch back to standard time: You can save lives by not driving in the dark.

A permanent switch to Daylight Savings Time (DST), rather than the biannual switch back and forth, could save thousands of deer lives and also prevent dozens of human deaths each year, according to the study, which has been published in Current Biology.

Researchers analyzed one million collisions across 23 states between 1994 and 2021. They discovered collisions were 14 times more frequent in the two hours after sunset than the two hours before sunset, with 10 percent of collisions in the 2-week period after DST’s end. The week following the fall time shift, with evenings darker sooner and more people driving home in the dark, collisions increased by a whopping 16 percent. The researchers attributed that dangerous and deadly uptick to deer being most active around dusk as well as their fall mating season, said Laura Prugh, a UW associate professor of quantitative wildlife sciences and a leading author of the study.

“We believe that this fall spike really happens due to the overlap of these two factors: the breeding season and the change from daylight saving time back to standard time,” wrote Prugh. “We don’t see a corresponding shift in deer-vehicle collisions in the spring during the other time change, and we believe that’s in part because spring is not a breeding season for deer.”

“Understanding the factors leading to collisions — and heeding the study’s insights — could save lives”, said Calum Cunningham, the other UW scientist spearheading the study.

“As long as people are living their lives ‘by the clock,’ which animals do not, people need to be aware of risks and make adjustments where we can,” he said. “If people are thinking about what they can do for wildlife and for their own lives, reducing driving during dark hours is likely to help significantly. In areas with deer, the risk of harming wildlife and yourself while driving is 14 times higher when it is dark.”

The Australian Fulbright Commission funded the study, which was supported by co-authors in the UW School of Environmental and Forest Sciences.