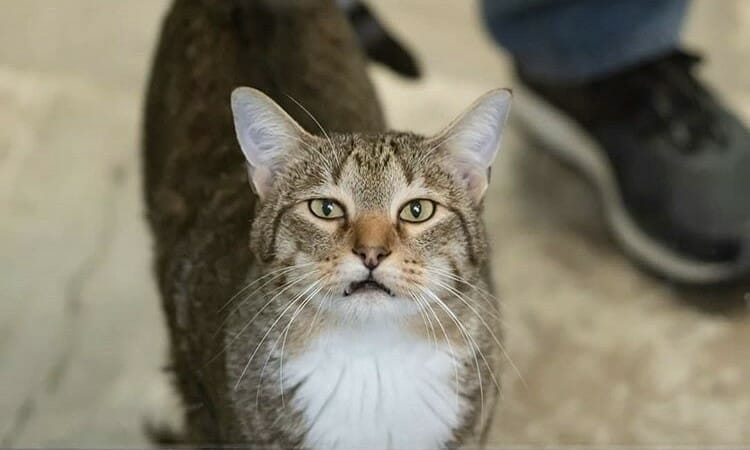 Employees at Friends For Life Animal Rescue and Adoption Organization in Houston recently returned to work to find that all the felines in the senior cat room had broken free and were wandering the facility. This was not the first time all the cats had escaped.

The breakouts began shortly after six-year-old tabby Quilty, who was adopted from the shelter as a kitten, found his way back to Friends For Life. So of course, Quilty was the prime suspect. The employees’ suspicions were confirmed when security footage showed Quilty jumping up to the door handle and pulling it down with his paw to free all the inmates in the cat room. 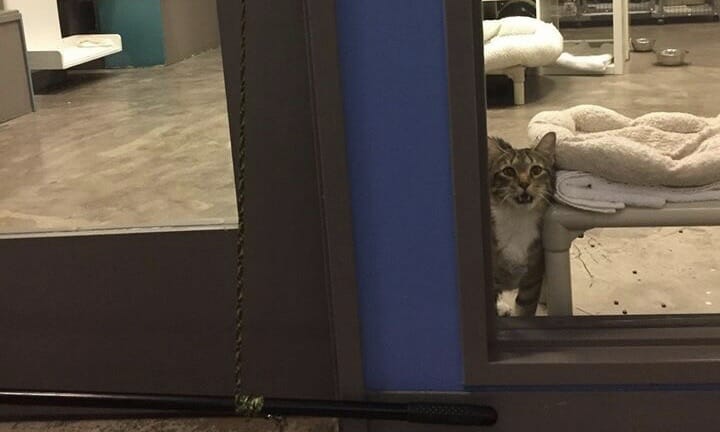 As a result of the most recent breakout, Quilty was placed in solitary confinement in the lobby, and all seniors were escorted back to their holding area. Employees used this time to make the room escape-proof. 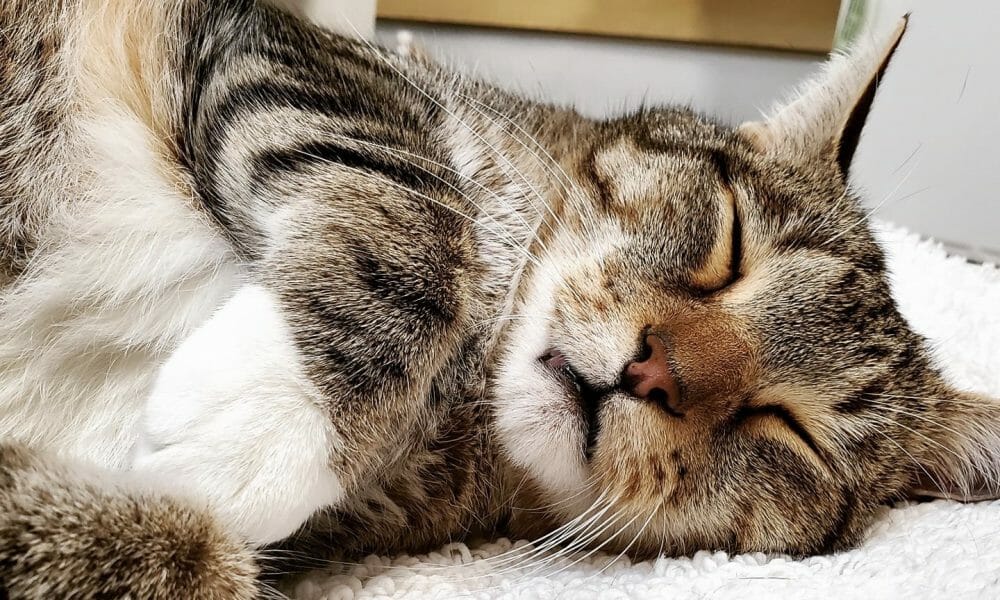 Since then, Quilty is on a probationary release at a new home pending good behavior. His new monitors report no suspicious activity except for some hesitance around their two dogs.