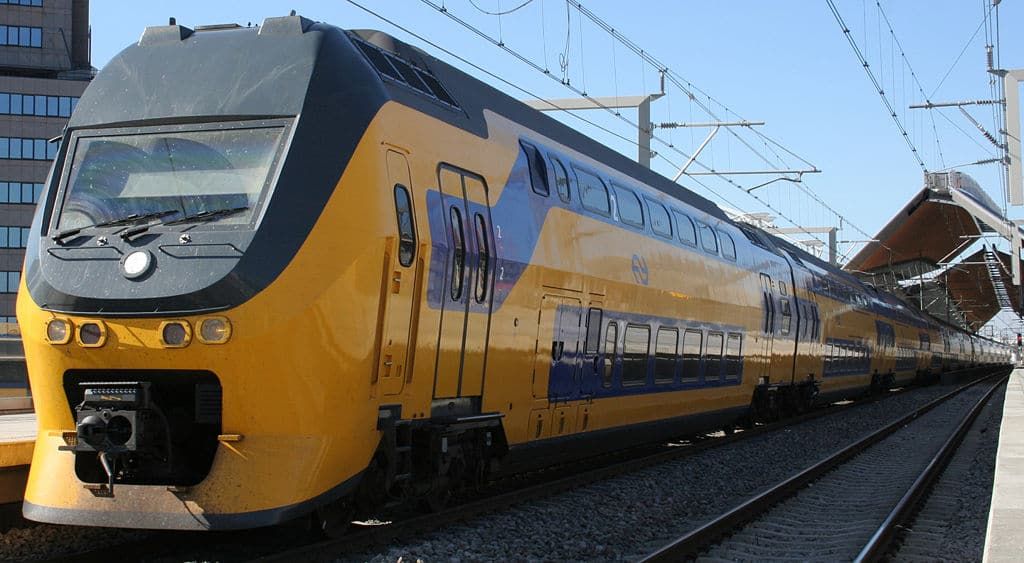 Dutch electric trains are now 100% carbon neutral! An estimated 1.2 million rides a day will now be powered completed by wind.

This highly impressive achievement comes a year earlier than expected. Back in 2015, the transit authority of the Netherlands, NS, joined forces with energy supplier Eneco. This alliance created the Groene Trein partnership, which pledged to develop a 100% clean railway by 2018. By 2016, however, the transition to clean energy had already hit 75%. A few months later, the project was complete and 600,000 citizens could now conduct their daily commute using only wind energy.

So where is the power coming from? Dutch trains now receive their power from wind farms located within the Netherlands, Scandanavia, and Belgium. The turbines were developed from investments by Eneco to secure ample energy for all electric trains.

While it currently takes one hour for the turbines to generate a 120-mile trip, further innovation is in the works to make the trains as efficient as possible.

This revolution stands to benefit the Netherlands and Europe in more ways than one, as the railway authority turns to wind farms for both environmental and economic sustainability. Through constant investment in  turbines, the partnership plans to create a demand for clean energy with the long term goal of making carbon-neutral energy sources a widely recognized necessity.

Amidst the climate-denying crisis in the U.S., such innovation in the clean energy world is more than welcome. Yes, we’ve seen advancement in the U.S and abroad — but change is happening all too slowly, with a new administration vowing to bring back dirty coal rather than bank on renewables. The Netherlands now stands as a shining example of what can be done to reach sustainable travel —  we now wait to see what’s next.