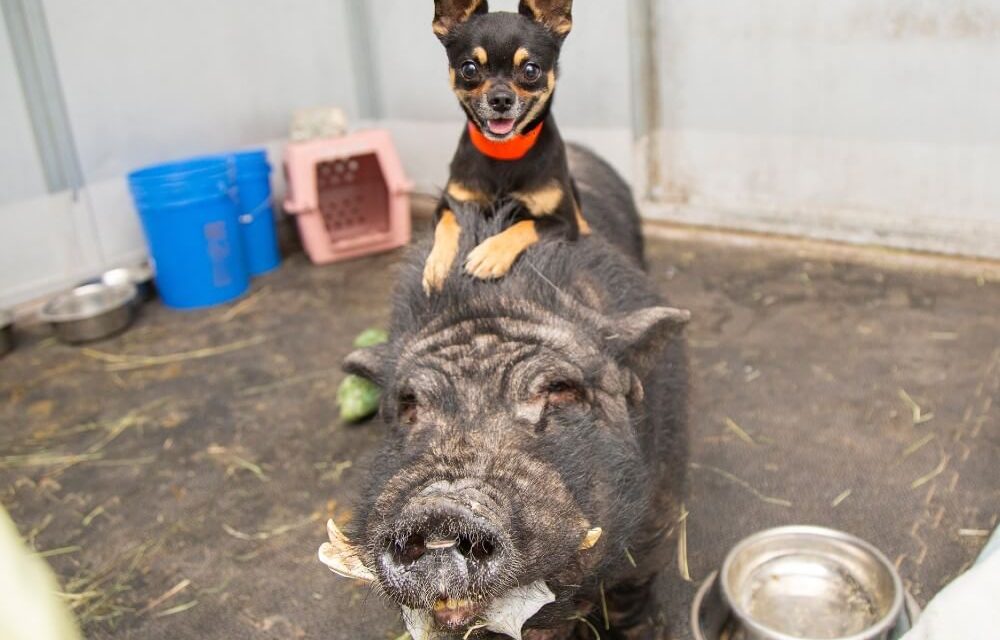 A pig and pup best friend duo who were rescued together will stay together, after having landed a forever home in an Arizona animal sanctuary.

The Arizona Humane Society (AHS) took in Timon, a black and brown chihuahua with bright eyes, and Pumba, a pig who kindly allows the pup to ride on his back from time to time, after the animals’ owner was arrested, according to a press release.  Information about the cause of arrest wasn’t included, although the statement did note it wasn’t for animal cruelty, according to People.

But the two animals, who clearly had developed a deep bond, still found themselves in need of a new home – on top of the medical care Pumba needed when he arrived at AHS.

Not wanting to separate the two,  AHS staff reached out to Better Piggies Rescue, another nonprofit established in 2017 that is Arizona’s premiere pig rescue.

The animals’ newfound luck held. Better Piggies said they could accommodate both Timon and Pumba – and when Pumba settled right in, the nonprofit announced they’d be keeping both, according to the Huff Post.

“He’s a natural greeter, and I can’t wait for everyone to meet him when we start up tours in September,” Better Piggies Rescue said about Pumba on social media. “Plus, he needs to be near his best friend, Timon, who we are working with to become a sanctuary dog.”

We are so grateful to all the caring rescuers involved in this heartwarming story, which reminds us that all species of animals can form loving connections and are deserving of peaceful lives free from pain and suffering. 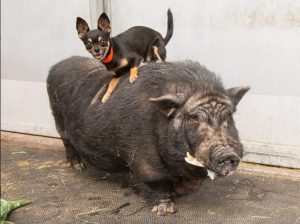 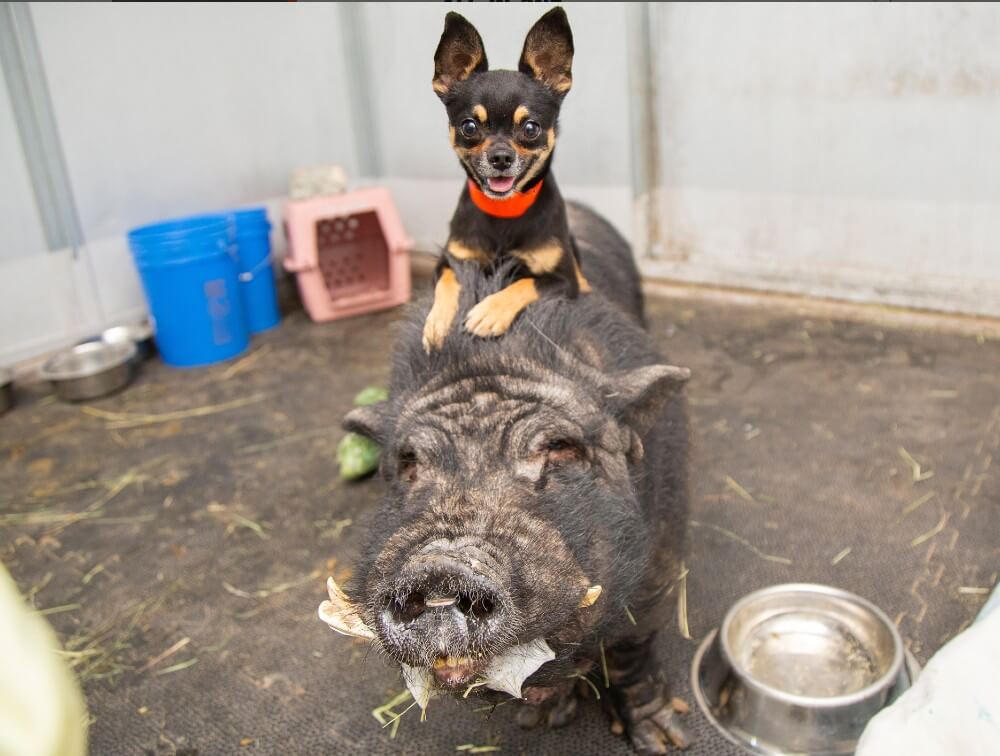