Cheetah Cubs Rescued In the Nick of Time From Illegal Trafficking 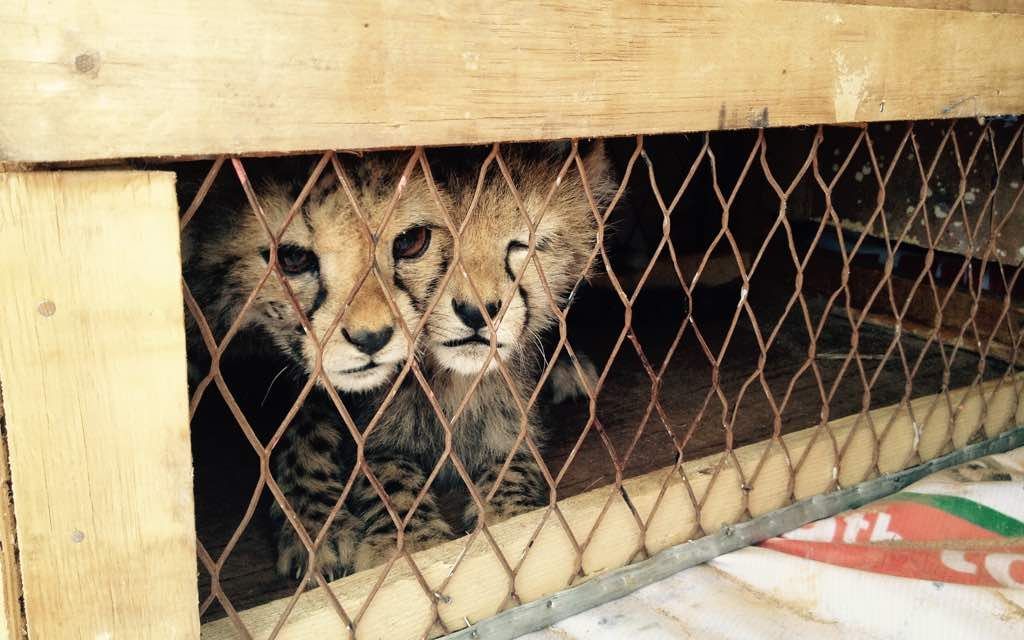 Nine cheetah cubs and one sub-adult cub were freed from the fate of illegal trafficking on April 19 in a rescue effort by the Cheetah Conservation Fund (CCF) and the Somaliland Ministry of Environment and Rural Development (MoERD). The International Fund for Animal Welfare (IFAW) provided emergency funding and the cubs are now in the hands of rescuers as steps are taken to ensure their long-term care.

Here are a few cubs post-rescue: 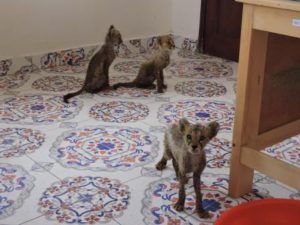 Cheetahs are not domesticated pets: they belong in the wild, not in human homes. Dr. Laurie Marker of CCF told Lady Freethinker that if the transport and sale of the cubs had not been obstructed, “[the cheetahs] would be smuggled to the gulf states and one in five might make it into the illegal market in the gulf. The cubs are sold into the pet trade (however, they do not make good pets, as they are wild animals) – often the cats, if they make it alive into these captive ‘pet’ environments, they don’t live long – often they die under two years of age, due to improper diets and stress related diseases as the people do not know how to house them or care for them.” 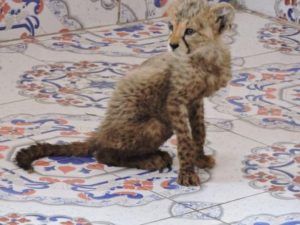 The cubs were being trafficked to the Arabian Peninsula, where there there is a large market for illegal cheetah cubs. Primarily confined to Africa, the cheetah population in the Horn of Africa is tellingly suffering the most from the illegal trade.

Cheetah cubs spend one and a half to two years with their mothers after birth, learning how to survive. They are inseparable. Female cheetahs are largely solitary creatures, aside from motherhood. Cubs are stolen by smugglers at premature ages, during crucial development periods when cheetahs learn independent survival necessities. Even under the watch of their mothers, 90 percent of cubs tragically die in their first few months, falling prey to hungry lions, hyenas, and other predators. Humans stealing cubs at this same young age while the cubs are still acclimating to the world, destroying their sacred bond with their mothers–especially with their already low percentage of survival–is criminal. 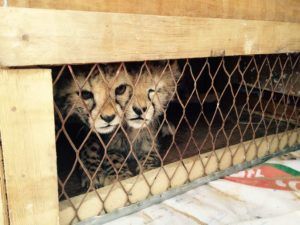 The cheetah population is dramatically decreasing. Historically existing in far stretches throughout Asia, Afghanistan, Pakistan, India, and the shores of the Mediterranean, cheetahs occupy only 13 percent of their original range. One subspecies, the Asiatic Cheetah, listed as critically endangered, can only be found now in Iran. The cheetah population is a victim of the ongoing conflict between human encroachment and wildlife. Suffering from loss of habitat, they are concurrently being captured and killed by land owners and farmers, and are victims of illegal trafficking for their parts or as exotic pets.

What can we do?

Dr. Marker reiterated this point. “Share the word that cheetahs and other wild animals are not pets – we need to work together to keep them living in the wild – this will take a strong network and good leadership to stop the ‘desire’ for having cheetahs as pets or status symbols.  The governments in these countries are beginning to do their parts, now we need the support to stop the trafficking – stop the demand… and help work together to provide ways that cheetahs are  more valuable to the people living with them in their countries in the wild [as opposed to] as someone’s short lived pet,” she said.

Although cheetah cubs look cuddly and cute, they are not house cats. These ten young cheetahs were saved from a short life of forced domesticity, but many more are at risk. Only through wide-spread support of organizations like CCF and IFAW can we protect our declining cheetah population from diminishing further.