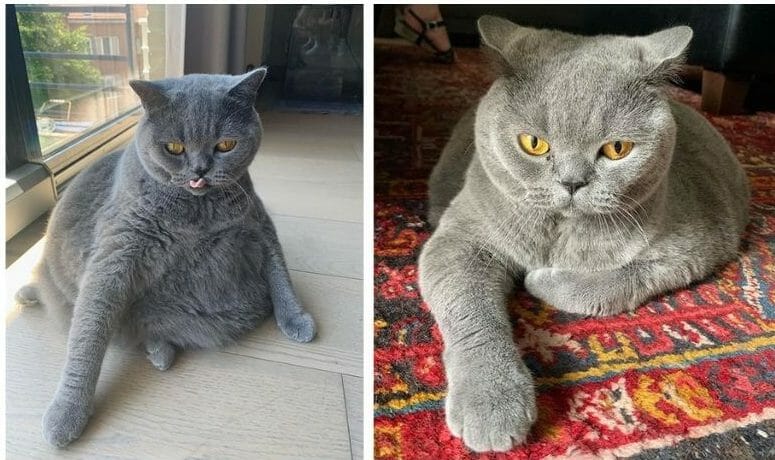 In a heartwarming story, an adorable cat named Pitoe is now an internet sensation after narrowly escaping her early death.

As a kitten, the British Shorthair ended up at the vet to be euthanized because she had a serious case of scoliosis, or a curvature of the spine. Heroically, the veterinarian refused to end Pitoe’s life, adopting her instead.

Pitoe’s condition has caused her to grow in the opposite direction, which gives her a unique, short and rounded body. Her special look is so adorable she’s gone viral on Twitter, Reddit, and Instagram, alongside the uplifting story of her rescue.

Maybe a bit too literal, but definite noodlebones! from r/noodlebones

The unusual feline now lives with her grandparents and is the perfect companion animal for them, according to the vet’s daughter, Marie.

“My grandparents — who adore animals — had wanted a cat for a while but were afraid to get one, as they feared it might jump over the balcony of their apartment and harm itself,” she said. “My mom realized that Pitoe, due to her scoliosis, would probably be a very calm kitty.”

Although Pitoe can’t jump, she can waddle, run, play, and climb like a pro.

“It’s crazy to think how close she was to being put down, and now she’s the love of my grandparents’ — and our entire family’s — life,” Marie continued. “It’s so worth it giving a special needs cat a chance.”