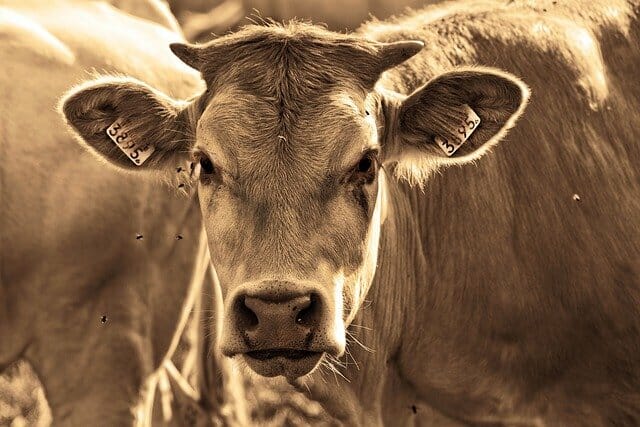 Well-established charitable programs that gift animals – including cows, chickens, and goats – to impoverished areas could have disastrous effects for the people and the planet, according to a new nonprofit campaign backed by renowned primatologist Jane Goodall, scientists, and interfaith leaders.

Goodall, the founder of the Jane Goodall Institute and a United Nations Messenger of Peace, said in a recorded message that generous donors should instead funnel their funds into plant-based alternatives.

“The animals must be fed, and they need a lot of water, and in so many places, water is getting more and more scarce,” Goodall said. “Veterinary care is often limited or totally lacking, so it would be ever so much better to help by supporting plant-based projects.”

Those life-saving measures could include sustainable irrigation methods or regenerative agriculture to improve the soil, Goodall added.

The “Stop Animal Gifting” campaign, spearheaded by nonprofit Animal Save Movement and In Defense of Animals (IDA)’s Interfaith Vegan Coalition, similarly reports that giving animals to people in areas with already scarce access to food and water can decrease food stability, undermine sustainable development, contribute to animal suffering and the climate crisis, and also cause health issues like diabetes.

“Animal gifting does more harm than good,” said IDA’s Fleur Dawes. “Gifting cows, goats, or chickens sucks resources from those who need them most, burdening those who can least afford it.”

Animal Save India in July visited the eastern state of Odisha, where a colossal chicken gifting collaboration between a developmental aid charity and a slaughterhouse was underway, and local people were “unhappy.”

“Many in the tribal communities are unhappy with the consequences, particularly due to recent bird flu outbreaks in the region, extra mouths to feed, and youths denied the chance to go to college because they have to farm chickens,” Animal Save Movement said.

The organizations listed in the “Stop Gifting” campaign have continued to promote their animal gifting operations as “life-changing” ventures, according to The Guardian.

But in a positive shift, recent years have seen increased demand for eco-conscious gifts, with shoppers willing to pay more for something that is truly sustainable, said Anita Krajnc, the executive director of Animal Save Movement.

Open letters from scientists and interfaith leaders, and a petition signed by close to 7,000 supporters, accompany the campaign’s central message of gifting plant-based alternatives.

Animal agriculture is a leading cause of greenhouse gas emissions, biodiversity loss, and ecosystem destruction, said Marc Bekoff, a professor emeritus of Ecology and Evolutionary Biology at the University of Colorado-Boulder who signed on to the campaign.

The campaigners are calling on developmental aid charities that promote animal gifting to undertake a carbon disclosure of their projects, to stop their animal gifting practices, and to implement plant-based food system projects instead.