Home » Animals » Pelicans Saved from the Brink of Starvation Released Back to the WildBy Lex Talamo | September 28, 2022 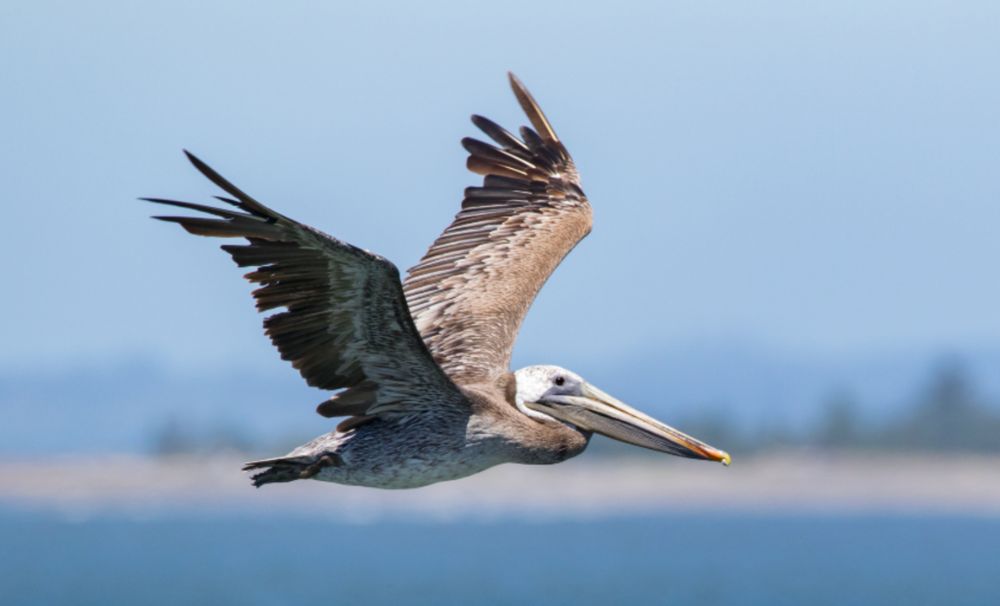 A dozen brown pelicans rescued from the brink of starvation and death took their flight back to freedom along the California coast, following dedicated efforts from wildlife rehabilitators.

Starting in May, a mysterious illness crippled hundreds of the beautiful birds. The Wetlands and Wildlife Care Center, a nonprofit in Huntingdon Beach,  took in about 70 of the pelicans who showed up on the shoreline emaciated, dehydrated, injured, and riddled with internal parasites

The rehabilitators treated and carefully monitored the survivors, then transported the 12 they deemed fully recovered to Corona Del Mar and released them.

Wildlife officials put bands on the birds so that if they show up again they can rapidly receive help, while providing analysts with more insight into the cause of the starvation.

“Basically, it just seems like a mass starvation event,” Wetlands and Wildlife Care Center Veterinarian Elizabeth Woods told Spectrum news. “They were found all over the beaches, emaciated, anemic, dehydrated, and with the features not waterproofed anymore.”

The California Department of Fish and Wildlife reported the region’s rehabilitators took in more than 700 pelicans — including at least 130 who put on weight, demonstrated normal behavior, and have since been released.

Necropsies on birds who did not survive showed most weren’t suffering from disease, leading scientists to also posit that starvation is the cause but leaving unanswered questions.

“Starvation is still believed to be the cause of the health problems,” the department’s spokesperson Tim Daly told The Mercury News. “We don’t know yet what’s caused the starvation.”

Several of the birds also sustained injuries from fishing gear.

Wood said the released pelicans will serve as a sentinel group, with staff watching to see how they fare in the wild before releasing additional birds still in recovery. She added that anyone who finds a sick pelican should call wildlife experts and to not touch the birds.

We are overjoyed to learn that these animals have regained their health and freedom and thank the caring wildlife rehabilitators for doing all they can to help save these suffering animals!