British ‘Hell Farm’ Owner Banned from Having Any More Animals 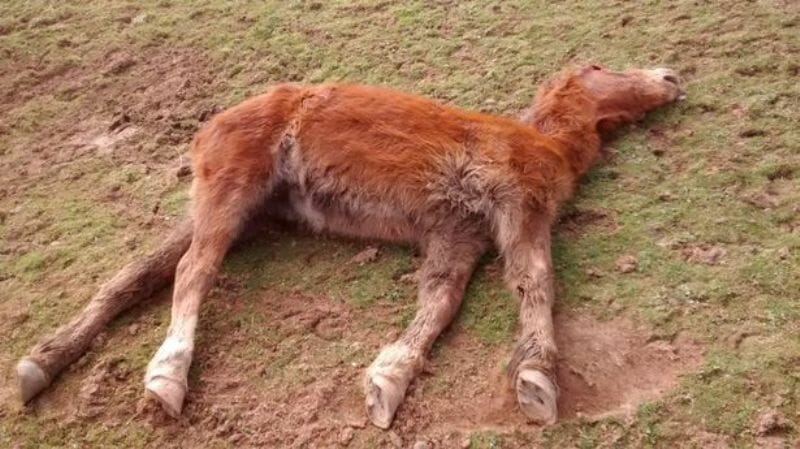 The owner of a so-called “hell farm” near Bristol in England — where in 2015 the RSPCA discovered hundreds of dead and dying animals — has been sentenced to 18 months in prison and banned from ever keeping animals again, following a long court battle.

When the animal welfare officers visited Ingst Manor Farm, they not only discovered pigs, cows, goats, horses and sheep who had died through neglect and simply been left to rot, but also starved animals who were so hungry they were eating the carcasses of the dead.

Farm owner Susan Smith had not provided the animals with food or water, and many were stuck in thick mud and feces or left to slowly die on top of decomposing corpses. The survivors were visibly emaciated, with open sores and scabs, and infested with parasites.

In one of the worst cases of animal cruelty the RSPCA had ever found, and a “total animal welfare disaster,” 61-year-old Smith was eventually convicted of numerous individual charges including animal cruelty, causing unnecessary suffering to an animal, neglect and not disposing of the bodies of dead animals.

Smith had originally been found guilty of 36 charges at a trial at Bristol Crown Court in June 2018, but she appealed the decision, citing ill health and a broken tractor, prolonging the legal battle which finally ended with Judge Euan Ambrose imposing the sentence.

“You showed a stubborn intransigence with which you have contested every single aspect of every single charge,” Ambrose told Smith when handing down the sentence.