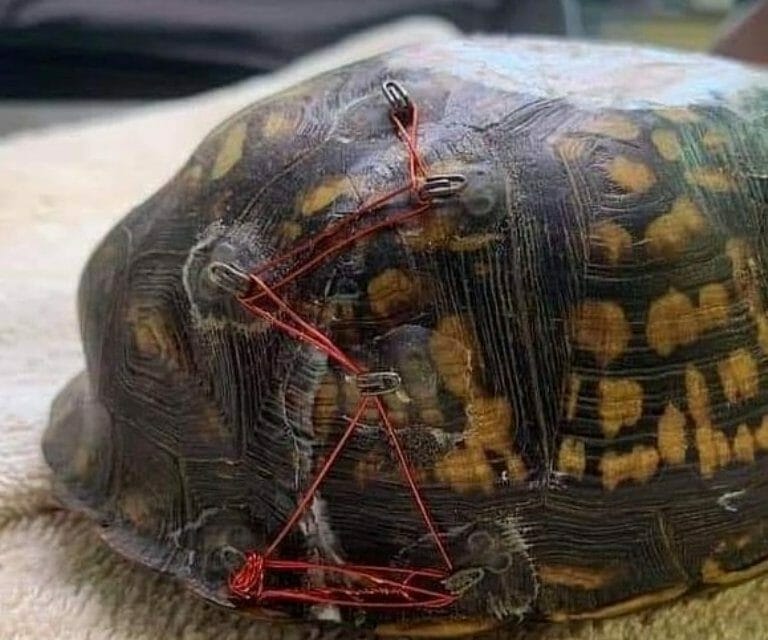 A wildlife rescue organization in North Carolina last month put out a very unusual request on Facebook calling for people to donate their old or ill-fitting bras to save turtles with cracked shells.

Carolina Waterfowl Rescue will use the bras, or more specifically the clasps, to mend the shells of turtles who have been injured. The team first glues the turtle shell together and then hooks wire around the bra clasp eyelets to hold the broken pieces in position. Once the shell is fully healed, which takes from three to eight weeks, the turtles return to the wild with no sign that the clasps were ever there.

This unusual — but very effective — method of repairing the shells is similar to putting a cast on a broken bone, according to director of Carolina Waterfowl Rescue, Jennifer Gordon, who told CNN that the organization treats up to 40 turtles a week, with spring being the season when they receive the most injured turtles.

During that time of year, turtles often move to the shore either to lay their eggs or avoid heavy rainfall, and this makes them extremely vulnerable to attack by cats and dogs, being hit by cars or injured by lawnmowers. Unfortunately, their shells get damaged. But creative solutions, like using bra hooks for turtle shell repair, can help save lives.

The team at the rescue center sees a wide variety of turtles, ranging from tiny eastern box turtles right up to snapping turtles, which measure up to 14 inches.

Carolina Waterfowl Rescue says it has been “overwhelmed” by the bra clasp donations that have flooded in and is grateful for the publicity the novel request stirred up because its turtle program has lacked donations to this point: “If nothing else, it’s bringing people to learn about our work, and that’s what matters.”