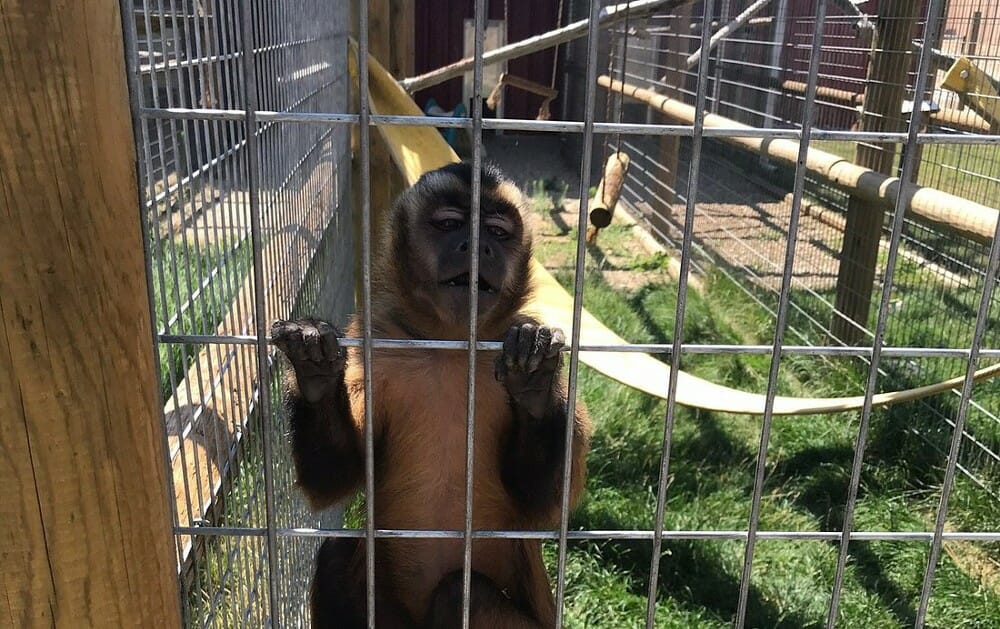 A popular petting zoo in Idaho is facing allegations of chronic and ongoing animal abuse from several former employees, according to local news reports.

Babby Farms, located at 5900 El Paso Road in Caldwell, Idaho, describes itself as a “nonprofit organization with a simple mission: to give children and adults with disabilities the opportunity to experience the joy of interacting with a wide range of animals,” according to the zoo’s website.

But several former employees recently came forward, via an online petition and local news appearances, alleging that the zoo’s animals — including exotics like lemurs, spider monkeys, kangaroos, and sloth – have been victims of unnatural deaths and ongoing animal welfare violations, according to CBS News.

Gabrielle Derry, who authored the petition on Change.org and worked seasonally at Babby Farms in Summer 2021, said she “witnessed animal mistreatment to the extreme.”

“Many animals died and management has done nothing to mitigate this cruelty,” Derry wrote in the petition. “I, and other staff members, witnessed these animals suffering but no matter how much the staff spoke up, our voices were never heard.”

The employees allege that multiple animals were left in substandard conditions, including being fed rotting and discarded grocery produce and kept in small and filthy enclosures; that several animals sustained preventable injuries, while others died unnaturally from improper conditions; that numerous animals went without immediately-needed medical treatment; and that a lack of federally mandated enrichment for nonhuman primates led at least two monkeys to self-mutilate or rock back and forth, as alleged to Roadside Zoo News and Lady Freethinker (LFT)

A representative of Babby Farms, who spoke with LFT via Facebook messenger on Friday, Nov. 12, confirmed that Derry was a seasonal employee but adamantly denied the allegations.

“The accusations being made about Babby Farms are not accurate,” Babby Farms said. “Babby Farms provides its animals great homes and care. Inspection records from multiple state and federal agencies reflect that.”

Babby Farms had no issues of noncompliance noted on its most recent inspection on July 22, has had a clean slate since 2016, and was cited for a total of five “non-critical” violations on two separate inspections, according to USDA inspection reports.

Violations documented during a March 11, 2014 inspection included a dark residue buildup on the roof of an otter den box and signs of rodent droppings in a dry food storage area, according to USDA reports.

Issues cited during a May 10, 2016 inspection included an inadequate amount of shade in a sheep and goat exhibit, a pig whose belly was reportedly one inch from rubbing on the ground and was “slowly walking in a labored effort with a waddling gate [sic]” due to an improper diet, and a mineral block sunk into the ground that was “halfway covered with hay and yard litter” in an enclosure housing Sika deer and kangaroos, according to USDA reports.

APHIS Inspector Brian Hood conducted all eight inspections. The USDA did not immediately respond for this story.

Jeff Rosenthal, the executive director of the Idaho Humane Society, said via email that his organization has received complaints about Babby Farms from time to time.

“We’ve had complaints about Babby Farms periodically, more historically regarding their ‘puppy mill’ store that was run in Boise and closed, in addition to a new puppy store that they planned,” Rosenthal said.

Idaho Secretary of State Records indicate that referenced store was the Babby Farms Puppy Boutique, which has since been permanently closed.

A report about conditions at Babby Farms is expected later this month, CBS News reported.

This is a breaking news story. Lady Freethinker is continuing to look into the situation regarding Babby Farms and will update this story as more information becomes available.