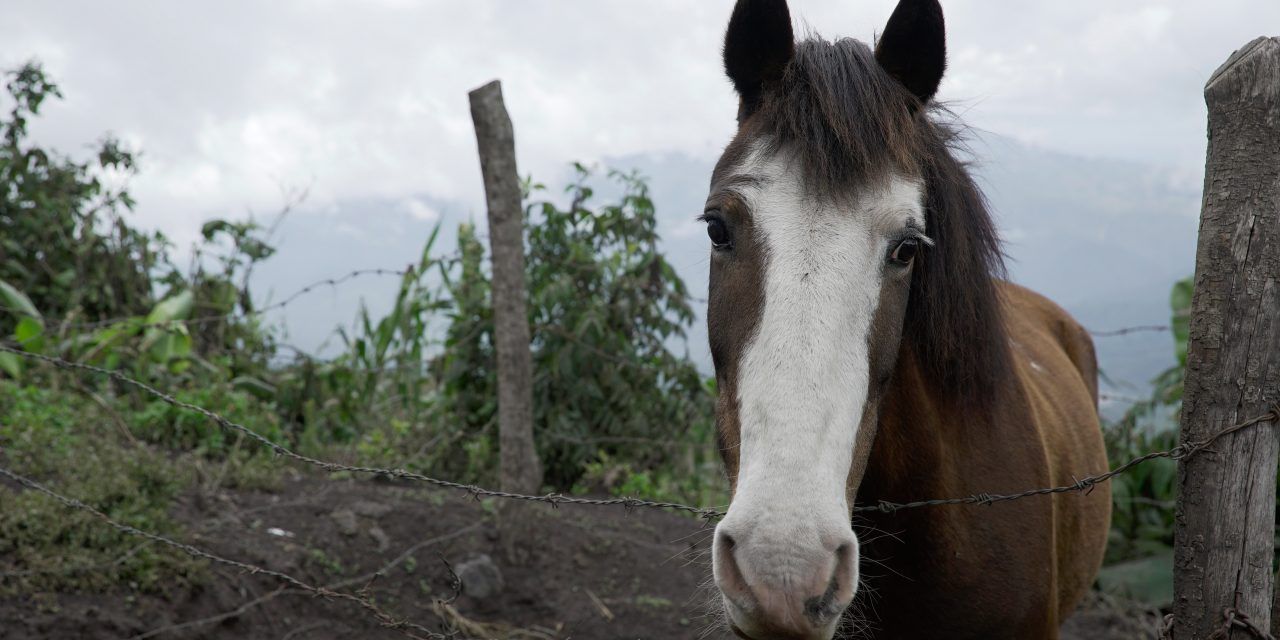 A dedicated team from World Animal Protection (WAP) sprang into action last month, racing to Guatemala to save thousands of animals in the wake of a deadly volcanic eruption that killed an estimated 75 people, with 200 more missing.

Volcan de Fuego — Volcano of Fire, in English — erupted on the 3rd of June, forcing 12,000 people to flee from their land into shelters, leaving pets and farm animals to fend for themselves. Many of the villages surrounding the volcano are still unsafe to reach, in danger from pyroclastic flows and buried in volcanic ash and mud.

To date, WPA has been able to help 18,371 animals in the worst-hit areas. However, the danger has not yet passed for the abandoned animals. With ash blanketing the entire area, including water and food sources, many have already succumbed to poisoning due to ingesting toxic water and food in desperation.

“They can get so sick – the ash gets into their lungs,” said Dr Sergio Vasquez, a disaster response officer for WPA. “It gets on their skin; it burns, it itches. It also gets into their noses, eyes and lungs, and they get serious respiratory infections. The ground is so hot it can melt the hooves of farm animals into their legs, causing terrible pain and they have to be put to sleep.”

The teams from WPA have been working alongside local nonprofit Equino Sano Foundation, and have been busy visiting shelters to provide care for injured and sick animals. They also donated emergency veterinary kits and are assisting the local government in assessing the long-term needs of these animals.

“Right now, our work is to help those animals in dire need; injured, without food or water and at high risk of disease,” said WPA’s global director of disaster management. “Our aim is to help those who are in shelters first, and once safe to do so, race to those who have been left behind.”

There are endless tragic stories of loss in the aftermath of this natural disaster. One woman named Claudia lost three of her dogs in the same day after they ingested water from an ash-filled pond. Only her five-month-old puppy, Yoga, survived. Along with losing her beloved dogs, many of the family’s chickens died due to the ash. WPA were there to help Claudia care for Yoga and the other surviving animals, providing fresh water, food and special minerals to help them heal.