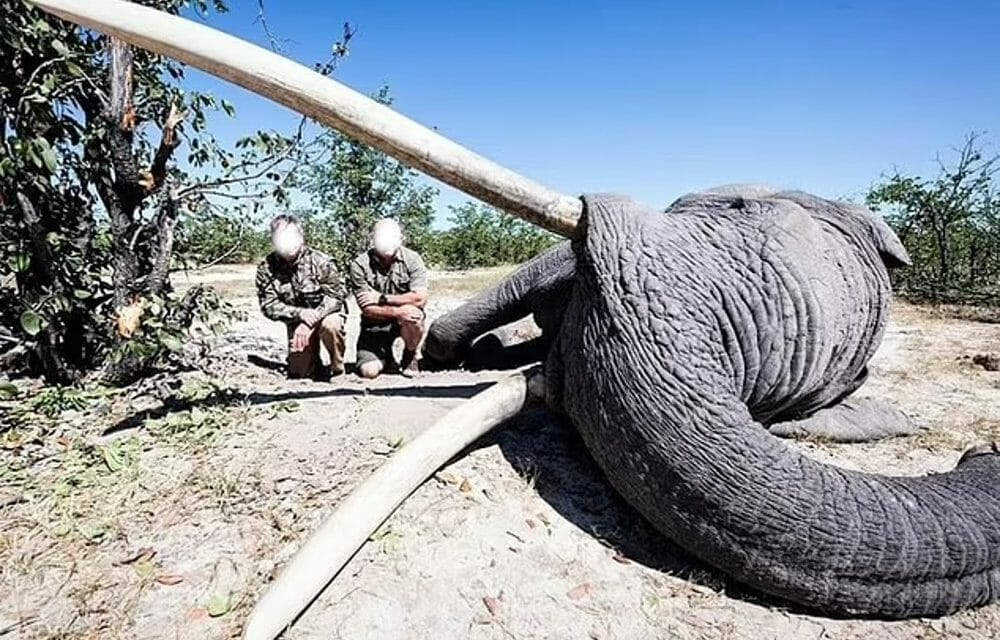 In tragic news, an elderly elephant with the largest tusks in Botswana was shot dead by a trophy hunter who paid $50,000 for the “privilege” of killing the animal, according to the Daily Mail.

There are only about 40 elephants with at least one tusk weighing 100 pounds left roaming in Africa, the Daily Mail reported. Known as “big tuskers,” these elephants are a major target for many trophy hunters seeking bragging rights and accolades on social media.

The Botswanan hunter, identified as Leon Kachelhoffer, bragged about killing the elephant on Facebook and also said in a podcast, “To be in a position to hunt a bull like that, it’s an incredible privilege,” according to Metro.

“This was one of the largest if not the largest tusker in the country,” Khama reportedly posted on Facebook. “An elephant that tour operators constantly tried to show tourists as an iconic attraction. Now it is dead.”

He added, “Incompetence and poor leadership have almost wiped out the rhino population, and now this!”

If you haven’t already signed our petition calling for the government of Botswana to reinstate the ban on elephant trophy hunting, please sign now to express your outrage at these cruel conditions.