BLM Advisory Board Votes to Shoot up to 90,000 Wild Horses 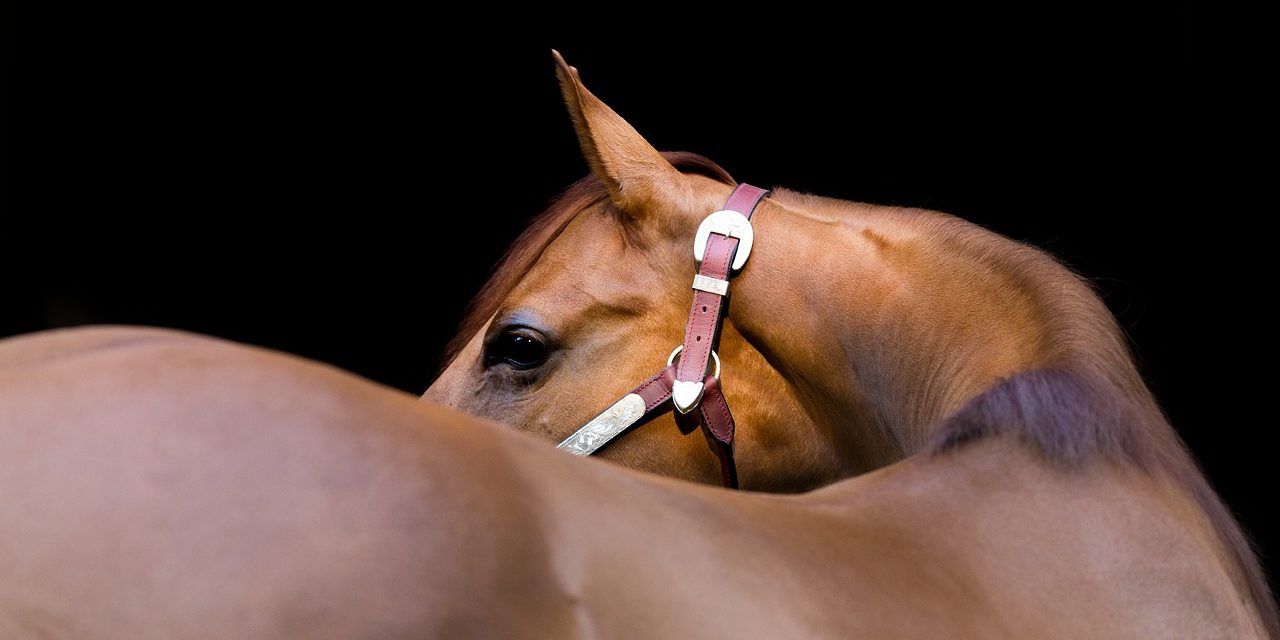 Picture by olivergoldacker via Pixabay, CC0.

In a sadly ironic twist, an organization originally designed to protect wild horses and burros just recommended to kill or sell without restrictions over 90,000 because of overpopulation.

The animals, and the 31.6 million acres they call home, are managed by the Bureau of Land Management (BLM) in partnership with the National Wild Horse and Burro Advisory Board. Although the Board is made up of federally appointed members who represent humane groups, veterinarians, and others who have an interest in horses, they still voted in favor of the needless slaughter of the healthy animals during their meeting on October 19th. Their recommendations, which also include using more fertility control and searching for funding to “maximize adoptions or sales,” will be presented to Congress for approval.

Why would the National Wild Horse and Burro Advisory Board decide to kill horses? 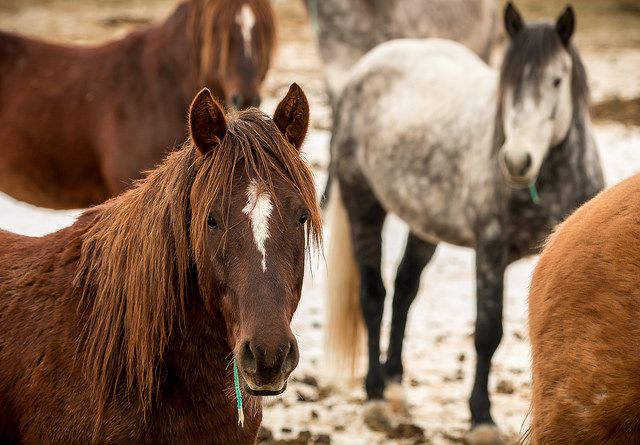 The decision to either kill or sell horses and burros without restriction is extreme, by any standards. Even if all 90,000 horses were adopted or sold, that doesn’t mean they’d find a happy ending. Selling the horses without restrictions opens the doors to international buyers, including countries that slaughter horses for their meat. So what could lead the Board to make such a drastic decision, especially one that hurts over half of the wild horse population they are supposedly protecting?

The wild horse population is too big to be sustainable

The situation is complex, but the biggest factor has to do with overpopulation. Based on the land and resources available, only 26,715 horses and burros can really “thrive,” yet somehow, the BLM has let population growth get out of hand. As of March 2017, there were 72,674 wild horses and burros and another 46,000 the BLM housed in corrals for adoption.

There is a problem with overgrazing, which causes environmental deterioration

During the board meeting, the members discussed the problem of overgrazing, which is often attributed the high wild horse and burro population.

“If you have a tremendous amount of animals on the landscape, pretty soon those priority foods—the “ice-cream” crop foods—all get eaten. Then they go on to their next favorite food, then their next,” one of the Board members, Ben Masters explained in an interview with National Geographic. “Over time, we lose the high-quality native species that provide food for pronghorn and deer, as well as horses; and provide habitat for threatened species like sage grouse. Invasives like cheatgrass take over, choking out the native species, turning the rangeland into monoculture.”

However, groups like the Humane Society see the situation differently. They argue that it isn’t the horses who are the primary cause of this degradation. Rather, it is the livestock who also share these lands who contribute to the problems.

“Horses are the scapegoat,” according to Gillian Lyons, HSUS senior wildlife fertility control policy manager. There is only anecdotal evidence that horses are to blame for the deterioration of the landscape when livestock farming could just as easily be a contributing factor.

The BLM has a history of poor management decisions 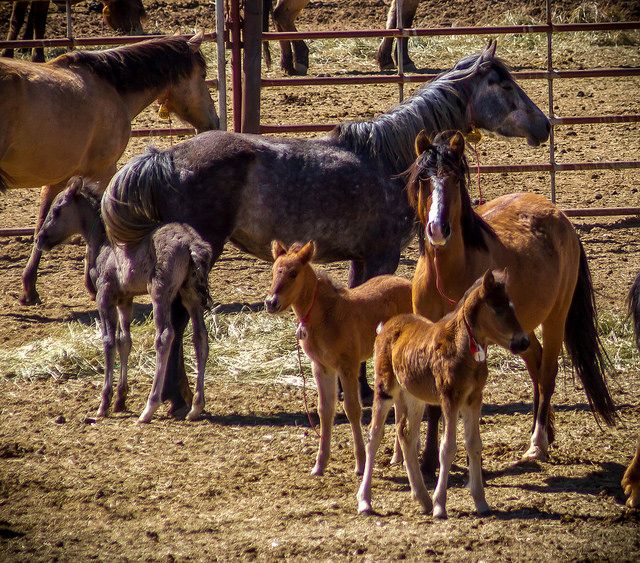 This situation has been spiraling out of control for years, largely in part to the BLM’s poor management

“For 40 years, all the BLM’s dealings with the skyrocketing wild horse population has been like putting Band-Aids on a broken arm,” Masters said.

The BLM’s policy for managing wild horses and burros was misguided. Instead of focusing efforts on managing or reducing the population, they spent thousands of dollars to round horses up and keep them in corrals until they could be adopted.

Housing horses, however, is costly. On average, the BLM spends $50,000 for each horse it keeps corralled. Times that by the 46,000 horses and burros they have in captivity, and the overwhelming cost is apparent. Meanwhile, the horses the BLM hadn’t rounded up kept breeding.

“But now that the BLM has stopped conducting enough roundups because they’re spending all their budget warehousing unwanted horses, they’ve allowed wild horses and burros in some areas to become three times, five times, or even 10 times more than the appropriate management level,” rangeland ecology professor at the University of Nevada, Dr. Barry Perryman, told the National Geographic. “The problem isn’t the wild horses; the problem is the inability for the BLM to manage the wild horses at a population size the landscape can healthily sustain.”

Now, because of BLM’s decisions, horses and any other animals that share their habitat are suffering.

To make matters worse, the federal government is cutting funds 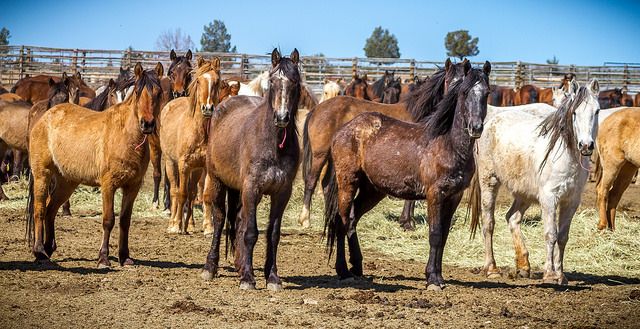 As if the BLM hadn’t created enough financial problems already, they are now being faced with funding cuts.

During the board meeting, member Mary Jo Rugwell even pointed out that “the President’s budget for FY ’18 proposed reducing budget for the wild horse and burro program by $10 million,” adding that this amount is especially significant when “you have difficulty managing because of the high holding costs that we have.”

The outlook for these horses seems bleak, but many groups are still advocating on their behalf. Reducing wild horse and burro populations will be difficult now that the numbers have grown so significantly; however, it isn’t impossible. With enough volunteers, funding, people who adopt, and anti-fertility drugs, the wild horse population could be brought under control. Killing animals should never be an option.

To speak out against the needless slaughter of wild horses, please sign Lady Freethinker’s petition to stop the slaughter.