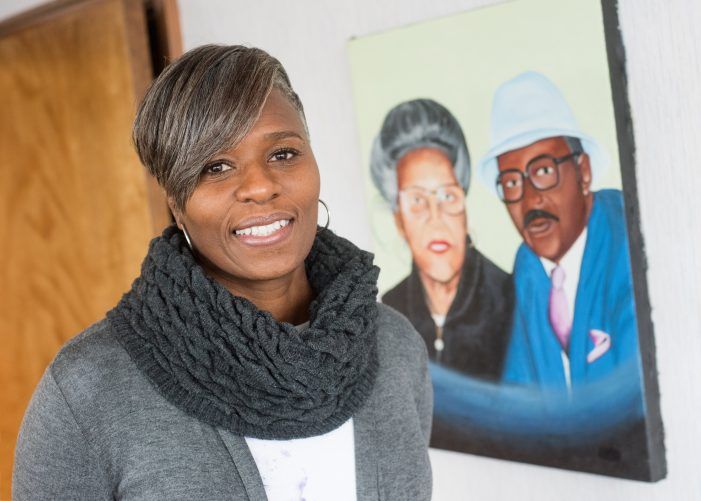 Picture of Rhonda Grayer originally posted by the Hub Flint.

Replacing over 18,000 water lines to ensure clean drinking water for Flint’s nearly 100,000 residents is no small task. However, Rhonda Grayer and her company, W.T. Stevens Construction, are taking on the challenge.

This project is a big win for Grayer and her company, not just because of the importance and impact of the project, but also because it brings national attention to a family-owned business with a black woman serving as vice president. While women are increasingly becoming business owners – they owned 30 percent of all U.S. businesses in 2015 – black women only control about 4 percent of businesses.

“They’ve had firsthand experiences with the water crisis,” Grayer told Mic. “This is the community in which they live and when they’re on the job they see that they’re helping residents they know.”

In addition to the family-owned, female-powered business aspect, Grayer and her company’s role in this project have even greater significance to the Flint crisis on the level of fighting environmental racism.

Reporting on the aftermath of the water crisis, the New York Times queried whether what happened in Flint could be considered “environmental racism.” Flint’s population is mostly black and poor, and many groups questioned whether the slow response and negligent actions taken by government officials would have happened if the community had been a different race.

“We believe the underlying issue is historical and systemic, dates back nearly a century, and has at its foundation race and segregation of the Flint community. These historical policies, practices, laws and norms fostered and perpetuated separation of race, wealth and opportunity,” state the report authors in the executive summary of the 131 page report.

The commission further claims that “the disparate response [of the government] is the result of systemic racism that was built into the foundation and growth of Flint, its industry and the suburban area surrounding it.”

Even as community members and political entities were grappling to figure out the origins of Flint’s water crisis, another question loomed heavily over the city: who would pay to replace the thousands of miles of contaminated water lines?

A month after the Michigan Civil Rights Commission issued its report, a federal judge ordered Michigan to pay for the 18,000 lead or galvanized-steel water lines that needed replacing. The cost is estimated to be around $90 million.

Many companies applied to work on the immense project, and Grayer’s company was one of the four selected.

“This is the biggest project we’ve done,” Grayer admits to the Hub Flint.

The project isn’t big for just Grayer; it’s also big for Flint residents waiting to get clean water, as well as minorities and women who are drawing inspiration from Grayer’s role in the project. The Root and Blavity, publications dedicated to black audiences, are just two of the various organizations that quickly picked up the story of this black woman using her business success to fight environmental racism and improve the lives of thousands of people in Flint, Michigan.