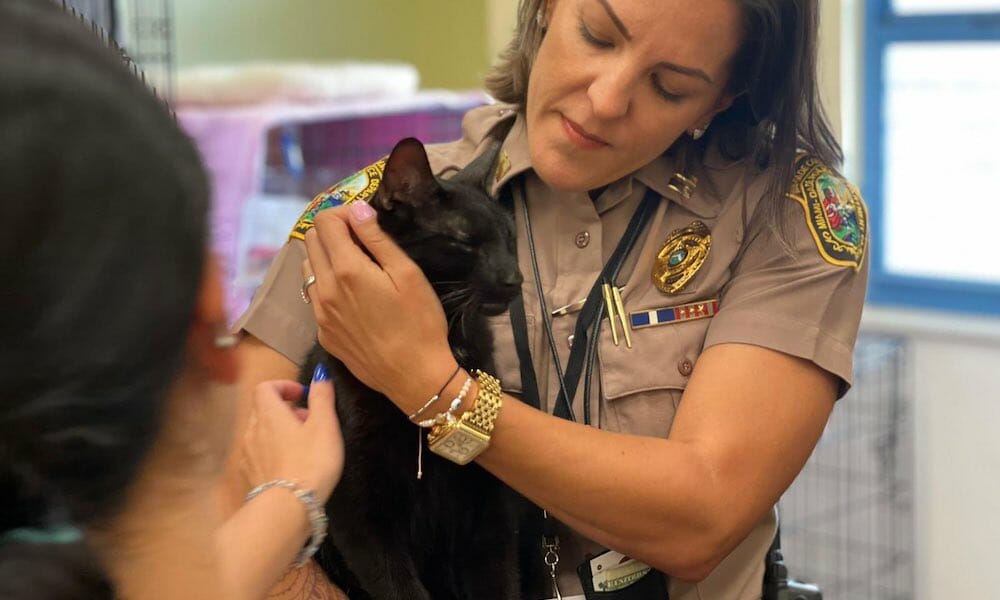 Miraculously, Binx the cat is safe and has been reunited with his family following the tragic collapse of a Surfside condo tower in Miami, Fla. — a glimmer of light in weeks filled with darkness for those involved and their loved ones.

For two weeks, Angela and Edgar Gonzalez — who lived on the 9th floor of the Surfside condo tower with their two daughters Deven and Tayler — searched for their beloved cat, fearing the worst had come to pass. But then, a miracle — a volunteer feeding strays in the area spotted a black cat near the rubble.

“He was too nice to be a stray cat,” Peralez told WSVN. “It hit me that he could be a survivor cat, and, yeah, so I looked through articles online and through Twitter hashtags trying to find a picture to see if it was actually him.”

After a few days of searching, Peralez finally found Binx’s family, who had an emotional FaceTime reunion with the cat before coming to pick him up a few days later.

“It’s really emotional, just knowing — for the past two days I’ve been crying — just knowing that he was safe,” Peralez said. “There aren’t any words that can describe it.”

Tayler, who was not in the building when it collapsed, cradled Binx during their heartwarming reunion. The loving embrace ended abruptly when Tayler noticed just how dirty her cat was.

As of Tuesday, the condo collapse death toll reached 94 with 22 people still “potentially unaccounted” for, CNN reported. Binx’s miraculous story offers hope to the families of the loved ones still missing.