Home » Animals » Beloved Dog in Danger of Death Row Sent to Sanctuary While Guardian Fights To Bring Her Back HomeBy Lex Talamo | July 1, 2021 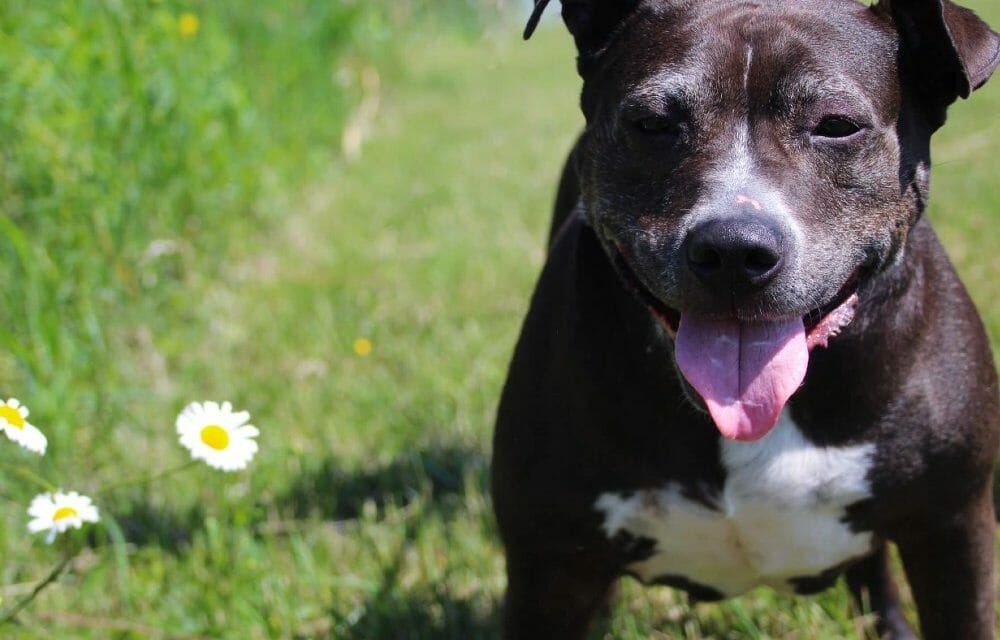 The morning started out peacefully — a jogger leaving her house, a woman with two leashed dogs heading out from another. But then calamity struck, with a series of shadowy events leading to a bitten leg, a wound that required 18 stitches, and a court-ordered death sentence for Vanessa, a community-beloved pit bull who had no bite history and no history of proven aggression.

A doctor has since diagnosed that the wound would leave no lasting nerve or tendon damage, although the skin likely would scar, according to court documents.

Following an almost-year-long battle by Vanessa’s team — Guardian Jeremy Wolf, Attorney Matthew Albert, and dozens of neighbors and community members who showed up to rally, testify, and protest on her behalf — the dog has received a pardon. An appellate judge ruled there wasn’t enough evidence to prove that Vanessa had been the dog to bite the jogger and vacated her euthanasia order.

But when sent back to the local court — and to the same judge that condemned her to die — the final order said that she would go to New York-based sanctuary Against All Oddz, rather than back to Wolf.  The good-natured dog also would retain her “dangerous dog” label, as outlined in New York State statute, despite no conclusive evidence that she had bitten the jogger.

The last twelve months have been a rollercoaster for Wolf, who told Lady Freethinker (LFT) that he doesn’t have children of his own but sees his companion animals as his “kids.”

“It’s a good metaphor for people who don’t understand, when I say it was like being told my child was going to be taken away but also killed,” he said. “It gives people perspective about why I’ve fought so hard for her.”

Wolf pushed back an initial interview with LFT because he was on his way to see Vanessa at the rescue. He makes the hour-and-a-half round trip drive to Against All Oddz three to four times a week, after he’s done with work, and spends several hours with her.

He’s been making those tri-weekly drives since May.

“All my pets are my kids, but Vanessa is a very special dog,” he said. “She has that type of personality where she loves everyone. She isn’t just special to me, she’s special to many people. I was so successful going into this because so many people knew her, knew that the picture of her being painted as ‘vicious’ didn’t match her history.”

In March, while awaiting the outcome of the appeal efforts by her frantic guardian, Vanessa was named as “Roc Top Dog” after 15,000 people voted her as their favorite dog in a contest sponsored by the Verona Animal Society.

In early May, more than 60 community members concerned that Vanessa was a victim of breed discrimination showed up at a rally in front of the Ogden Town Court, brandishing signs that read, “One policy for all dogs.”

By mid-May — when Monroe County Court Judge Michael Dollinger handed down the vacated euthanasia decision, and Ogden Town Judge David Murante handed up the order to transfer her from a shelter where she allegedly was not receiving proper care to a sanctuary — Albert, who also is the founder of Buffalo-based Against All Oddz, took off his attorney hat, put on his rescue hat, and took her in.

“She’s been here for about a month, and she is doing amazing,” Albert said. “Despite being confined and not socialized for 10 months, her spirit is still intact.”

Close to 115,000 people also have signed a petition on Vanessa’s behalf, urging the courts to let her come home — an outcome that Wolf continues to fight for, with a new attorney and an appeal underway. 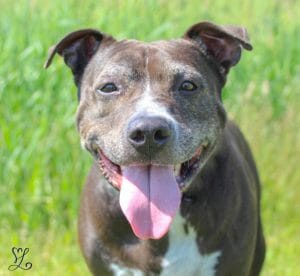 But it was a close call — and a rough several months — for Vanessa.

Animal control seized Vanessa in July, after the jogger and her husband reported the bite. Ogden Town Judge David Murante ruled the attack had been vicious and unprovoked. Despite Wolf’s promises to muzzle, train, or permanently keep Vanessa confined to his 10-acre property, Murante’s euthanasia order stood until Wolf and his attorney asked an appeal court to overturn the ruling.

Meanwhile, Vanessa spent months confined at a local animal hospital in conditions that a veterinarian who went to visit her alleged were “inhumane, and in fact indicative of animal cruelty,”  where she reportedly was not socialized or provided with her medication for thyroid issues, according to court records.

Although Vanessa is no stranger to adversity — she arrived at the rescue where Wolf volunteered with a broken leg that hadn’t healed properly, after someone noticed she had been abandoned in a residential unit — Albert, whose rescue team is handling Vanessa’s daily care and recovery, said she’s bouncing back surprisingly quickly from her most recent ordeal.

“She’s calmed down to a place where she’s found some peace,” Albert continued. “She is no longer nearly as afraid of strangers. She’s in a really balanced place now.”

Vanessa — and all dogs at the rescue– have their own “hotel” space: an indoor area with access to an outdoor dog run. Volunteers provide her daily with exercise, enrichment, and training. Albert added, however, that Vanessa’s favorite times are the weekly visits from Wolf.

“We absolutely and positively support Jeremy’s ownership rights,” Albert said. “He’s been a wonderful owner, and while we are happy to have her here, we believe she belongs at home with Jeremy.” 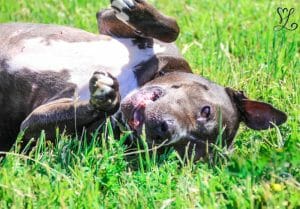 Wolf and a new attorney are in the process of appealing the decision to keep Vanessa permanently at the rescue.

Wolf said he wants her home, even though he knows that pursuing that outcome will involve many more months of keeping up a fight that already has been exhausting.

“It’s coming up on a year since she’s been home, and this appeal process is not going to be quick,” he said. “We’re looking at another six months to a year. But from our perspective, there’s no reason she shouldn’t be back home.”

Wolf said Vanessa’s case has been eye-opening for him. While keeping his focus on getting Vanessa safely home, he’s also turned his attention to the bigger picture of how dangerous dog laws are being handled — both locally and nationwide.

“I didn’t realize that this [court-ordered euthanasia] is going on around our whole country, or right under my nose in my own town, and it’s disgusting,” he said. “Long term, we want to make some changes.”

Albert, who has represented more than 50 dogs labeled as dangerous and court-ordered to euthanasia, said he’s seen disturbing trends — including breed discrimination, and some judges who have told him that “all Pitbulls should be put down,” he said.

“I’ve seen some cases where the public is interested, and some where they aren’t,” he said. “If an animal advocate doesn’t find out about these situations, these judges can take liberties. The only way you get these somewhat favorable outcomes is to expose situations and also present solutions.”

The success of Vanessa’s case — while not being unique to Albert’s roster, as he’s never lost a dog to a euthanasia order yet — is striking because of how many people championed her cause and also started looking more closely at dangerous dog laws, Albert said.

“It’s somewhat magical how Vanessa sparked a movement,” he said. “She’s really brought awareness to some of these animal welfare issues. I’m hoping we can keep building upon this momentum and bring more awareness about what’s going on in these cases.”

“We post a lot of information there, so people can judge for themselves,” Wolf said. “We’re here to make some long-term changes, but we can’t do that without a large following and a voice. The best thing people can do for her is to follow her story.” 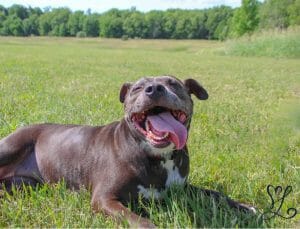