Barbie is Running for President – Because Girls Can be Anything they Want.

Home » News » Barbie is Running for President – Because Girls Can be Anything they Want.By Lucia Conti | July 15, 2016 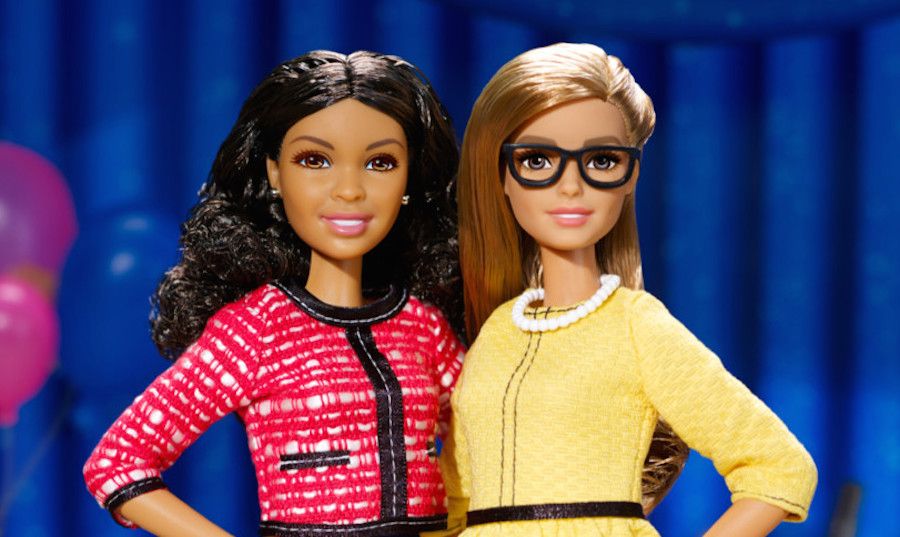 Barbie is running for president, and for the first time she is doing so in an all-female ticket. Mattel has just released the new President and Vice President dolls, created with the support of She Should Run, a non-partisan organization that aims to inspire girls and women to explore their leadership potential.

The new dolls are part of a larger effort to portray Barbie in fields largely dominated by men.

Erin Loos Cutraro, co-founder, and CEO of She Should Run told LadyFreethinker, “There are over 500.000 elected offices across the country and we need to be grooming more women to run for them”.

A report by the United Nations shows a global political environment still dominated by men. In August 2015, out of 195 nations, there were 11 women heads of state and 10 heads of government. Women occupied only 17% of the government minister. At the Parliament level, the situation was slightly better with 22% of women MPs. Yet, this is still far below the benchmark for valuable representation (30%).

Based on survey conducted by Girl Scout Research Institute, only 39% of the girls interviewed had expressed interest in becoming a leader.

When asked about the causes of this low level of involvement, Cutraro said, “Women face a real double standard on the campaign trail when it comes to how they are perceived by voters. That reality can create a deterrent to stepping up in the first place.”

The UN reports that in countries where women are not directly excluded from running for offices, one of the biggest obstacles they face is indirect discrimination. This encompasses how women are perceived by society, and the underlying expectation of them being the primary caregivers for their families. Worldwide, a woman spends an average of 1 to 3 hours more than a man on household-related chores.

A more prominent involvement of women in leadership positions can help changing these beliefs. And this does not apply only to politics. Based on the data collected by Americanprogress.org, the private sector shows a similar trend of under-representation. Among the 500 most important companies ranked by Standard and Poor, only 19% of the Board of Director seats and 2% of the CEOs positions are assigned to women. And women in STEM (Science, Technology, Engineering, and Maths) are barely around 30% of the global labour force in the field.

While Barbie alone will not fix the problem, the new dolls help start a long-due conversation that we, the society as a whole, need to have.