Home » Animals » Baby Bear Hit by Car Makes ‘Miraculous’ Recovery and Is Now Back in the WildBy Lex Talamo | October 12, 2022 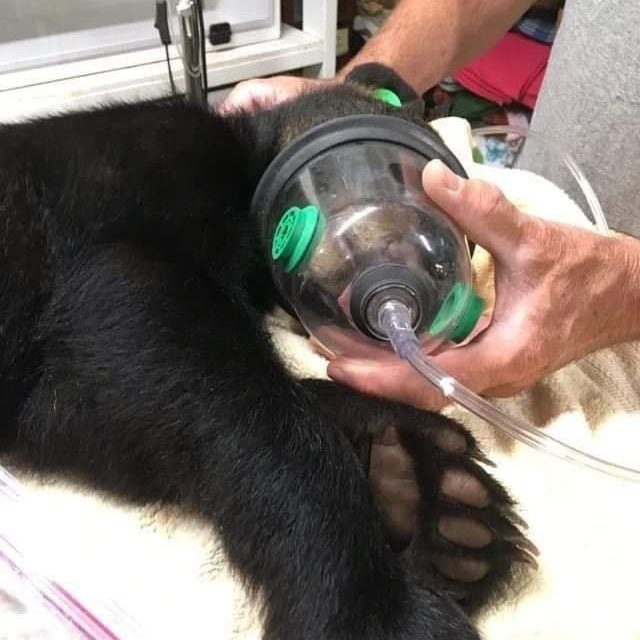 (Photo Credit: Friends of the Feathered and Furry Wildlife Center)

A baby bear who was hit by a car and arrived unconscious at a New York wildlife center with cuts, a head tilt, and a skull fracture made a ‘miraculous’ recovery and has since been released to the wild, the Hudson Valley Post reported.

The bear cub arrived at the Friends of the Feathered and Furry Wildlife Center in such bad shape that rehabilitators doubted he would survive. But after dedicated care and several syringe feedings, the tiny cub got back on his feet.

“To be honest, I didn’t think he was going to make the night,” the center posted to Facebook. “Miraculously he did and after a couple of days of syringe feedings he was able to get back on his feet.”

The tiny cub had a head tilt and trouble walking. Fearing the worst, the center sent the bear to Cornell University for a special evaluation. Staff there found the cub had sustained a skull fracture but decided to treat him, rather than euthanize him, before returning him to the wildlife center with strict orders to keep the cub isolated from the other bears being rehabilitated.

“The doctor said no roughhousing, which is what bear cubs do all day!” the center said.

After two weeks inside and two weeks of isolation, the cub rejoined the other cubs.  Then, finally came the best news: The cub, fully recovered, has since been released “back to where he belongs — the wild!” the center posted.

The bear is the fifth cub the center has rehabilitated this year, according to the center.

We are so grateful that this tiny cub found the right people and is now back in the wild where he belongs!

Please remember that the best thing you can do for any injured or orphaned wildlife is to immediately contact a certified wildlife rehabilitator and follow any instructions they tell you.