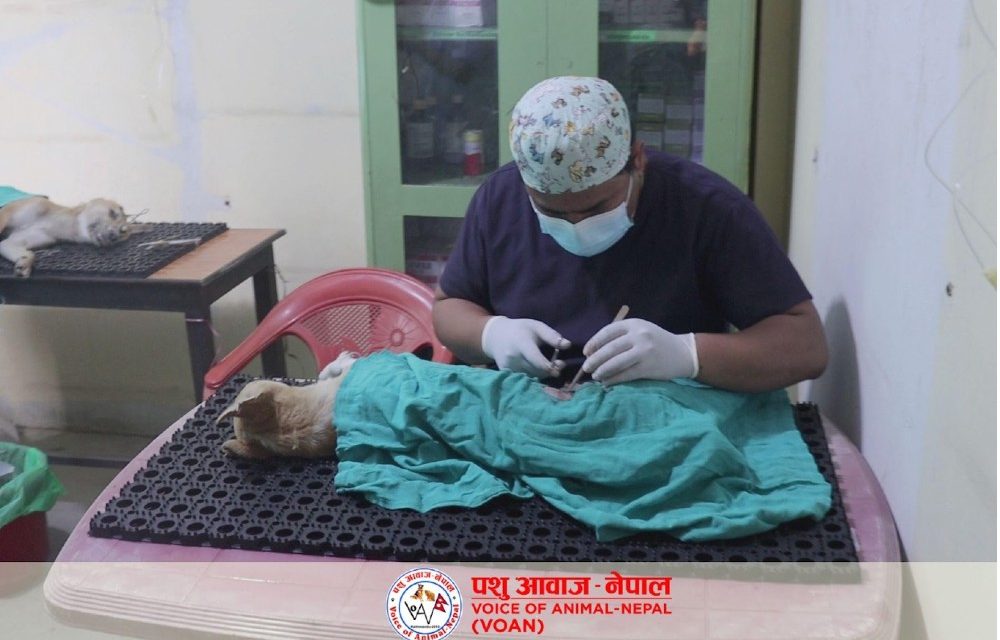 A second Lady Freethinker (LFT) grant has paid for the spaying and neutering of more than 200 street dogs in Nepal by nonprofit Voice of Animal Nepal (VOAN).

The grant, awarded through the Urgent Need program, will help to reduce the stray population and also alleviate the suffering of injured animals, said VOAN Chairman Ishwari Thapa.

Thapa added that dedicated volunteers and a 9-member surgical team conducted the surgeries on 213 street dogs over a 5-day program, from June 12 to June 16.

“Our program was a great success,” Thapa told LFT via email. “I would like to thank Lady Freethinker for giving us the opportunity to serve these street dogs.”

LFT Founder Nina Jackel said the organization’s dedication to animals and proven track record of success inspired her to award the second grant.

“When I saw how they are giving their all to help these animals, and how badly help is needed, it was clear they deserved an additional grant,” she said.

This humane and critical intervention wouldn’t have been possible without our generous readers’ support – and we thank you so very much for helping make a difference for street dogs in Nepal!

VOAN advertised the program via social media, which met with enthusiastic support from the surrounding communities – with members of the public even volunteering to help catch the dogs. 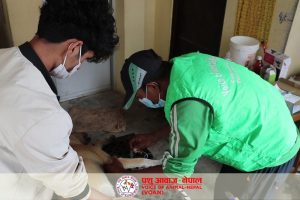 Every day during the program, VOAN volunteers started their street dog catching at 5:30 a.m. in the Suryabinayak and Mahalaxmi municipalities, with the aid of food, and then transported the animals back to their clinic, where they underwent their surgeries.

Each day of the clinic ended around 8 p.m., Thapa said.

Dogs were marked with a green or red spray to remind volunteers of where the dogs had been picked up so that they could be safely returned. The lead surgeon overseeing the operations was Dr. Bikash Shrestha, VOAN told Lady Freethinker.

Volunteers also conducted site inspections following the surgeries to ensure that none of the animals had any complications from the operations.

“It is necessary to visit these sites to look after if any of the dogs have any surgery or illness,” Thapa said.

Thankfully, no infections or other issues have been noted to date, he added.

That’s not to say other challenges haven’t popped up along the way. During one outing, VOAN’s vehicle got stuck in the mud in the Changathali area, due to the rainy season, and had to be towed out by tractor.  Street dogs also are clever and difficult to catch, Thapa said.

The need also was huge. Although the project focused on dogs in the Bhaktapur and Lalitpur districts, the VOAN team also fielded numerous calls from the Kathmandu area and other community members who urged them to bring their program to their districts.

LFT’s previous grant to the nonprofit focused on feeding and treating street dogs, with 120 dogs served, according to VOAN.

Again, we are so grateful to all of our generous sponsors and donors whose support helped VOAN take responsible action for these innocent animals! Here are some other pictures from VOAN of their life-saving efforts. 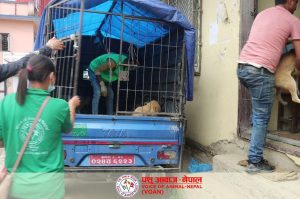 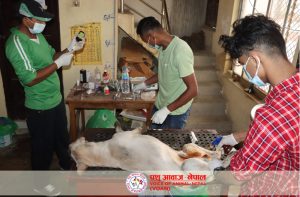 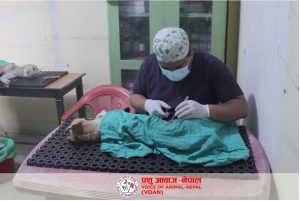 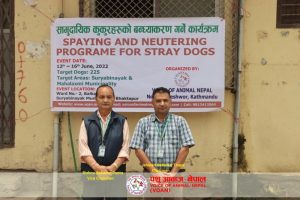 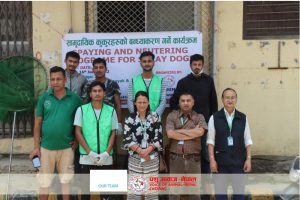 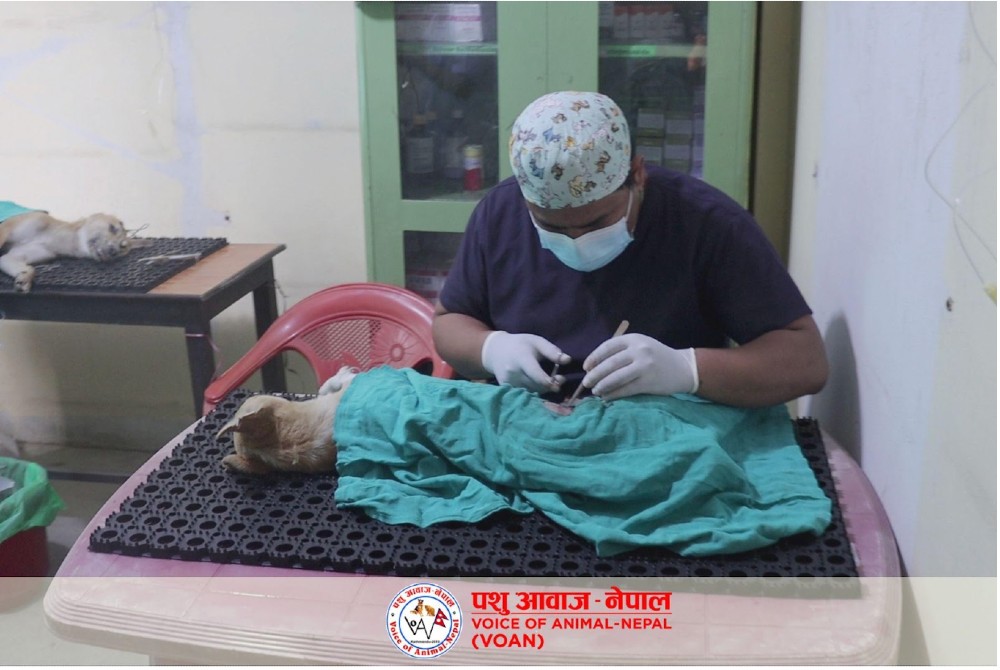