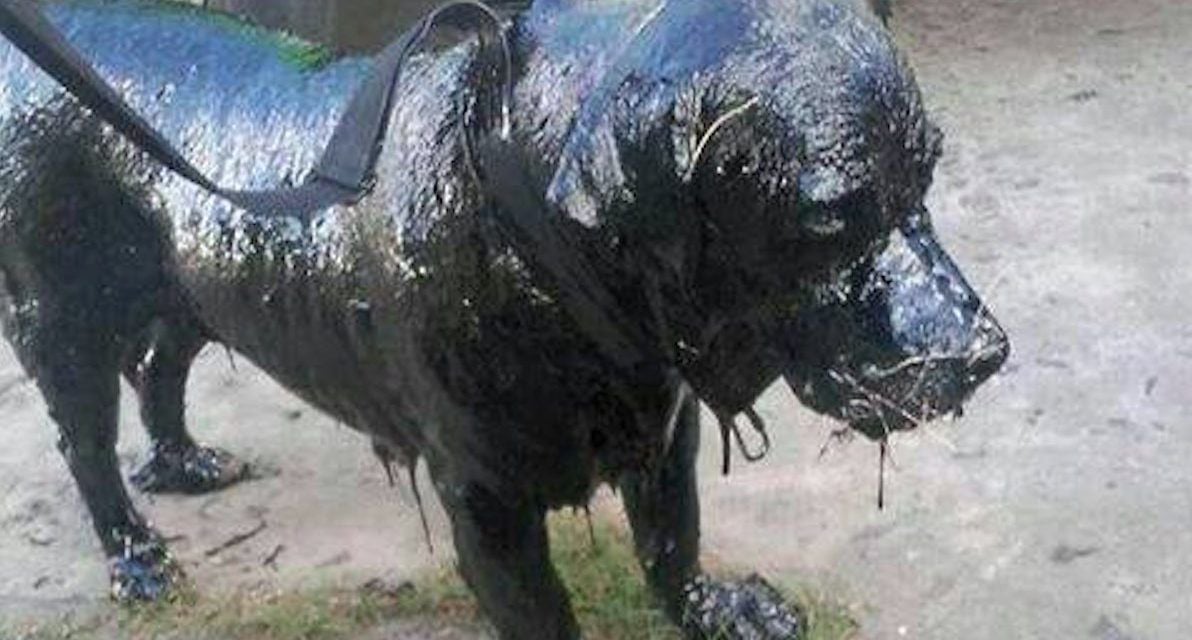 Fortunately, Petro was found by two local men who did their best to help the tar-soaked animal and took the dog to the nearest vet, where local animal rescue centre Zoonosis Lanus were immediately called to the scene.

It took several long hours to wash the stubborn tar from Petro’s fur, and volunteers and hospital workers expressed doubt of being able to rid Petro of the toxic substance completely. Still, due to a willingness to power on and a fierce dedication, compassion prevailed and Petro was freed from his sticky prison. 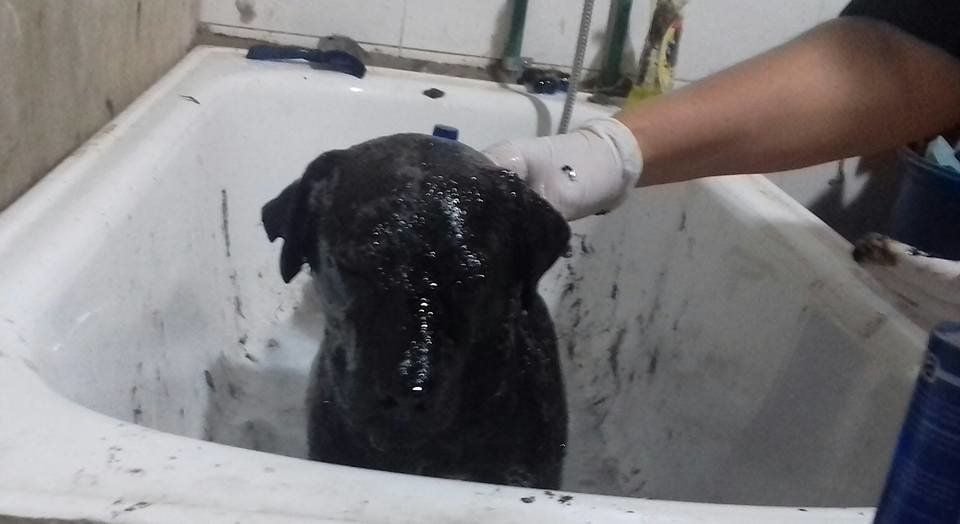 While Petro’s suffering is a horror to be reckoned with, the Zoonosis Lanus centre will be doing everything they can to give him a better life. They claim that their biggest priority is to give the animals the “dignity they deserve and to find them a family that gives them new opportunities to love and be loved.”

Whether the harm inflicted on Petro was a direct result of animal cruelty or simply a carelessness for the environment, it goes without saying that if it wasn’t for the compassion and the unwavering determination of local authorities, Petro may not have been saved. 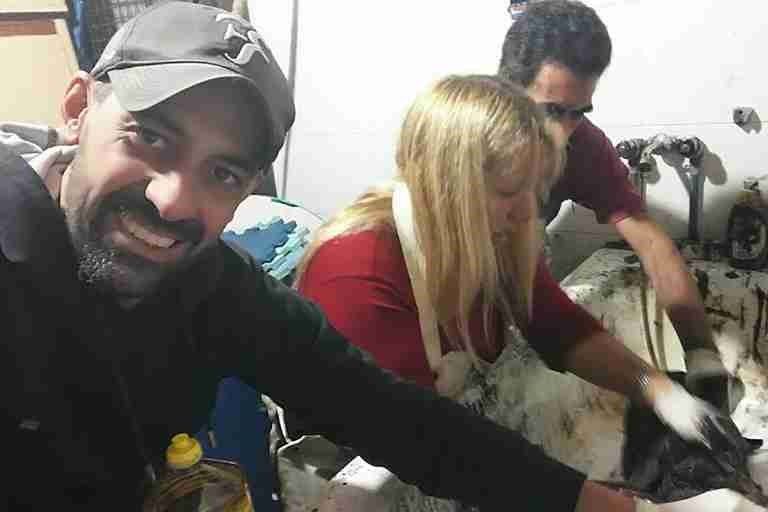 This heartbreaking incident is not only deeply upsetting, but also extremely unusual; Volunteers and hospital workers who assisted Petro’s freedom from the sticky black tar have admitted that this was the first time any of them had experienced an incident such as this.

So, how could this happen? Tar is a substance produced from coal, wood, petroleum or peat and is commonly used for paving roads, roof building and coating and preserving timber.

Since Lanus is a major industrial hotspot, spillage of toxic chemicals such as tar, bitumen and asphalt are not uncommon, especially as Lanus is home to multiple oil companies such as Fox Oil Company and Argentina Oil and Gas. Given this information, it is plausible that Petro’s tragic incident could have been an accident; a consequence of the spillage of toxic waste in an expanding urban city.

According to a study conducted by Natural Resources Defence Council, the spillage of tar raises the “risks of spills and damage to communities… while the impacts of tar production are well known for the destruction of… forests and wetlands, [and emits] high levels of greenhouse gas pollution and immense amounts of toxic waste.”

Oil tankers are infamous for their oil spillages into the oceans, which puts ocean wildlife at risk of poisoning. Tar is a severely dangerous substance and for humans, any short amount of contact may result in an allergic reaction. However, the risks for wildlife are much higher.

The National Ocean Service states that oil destroys the “insulating ability” of fur bearing mammals such as otters and birds and thus leaves them vulnerable to hypothermia. A considerable amount of wildlife is poisoned by oil as they groom themselves after having come in to contact with the toxic substance. For fish, oil can affect their liver and heart growth and can cause fin erosion. The consequences of oil spillage are undeniably harmful to the environment.

Sadly, there have been other cases like Petro’s. In September 2014, a dog fell in to a pit full of hot tar in Rajasthan, India, where reporters declare that the dogs fur actually solidified. Luckily, after two days of unrelenting work, the Animal Aid Unlimited team finally freed the dog.

This traumatic incident in Lanus earned Petro his name, for he was named after the toxic substance that endangered his life, Petroleum. His name will remain a symbol of the united efforts made to save him from ongoing distress, and will be a constant reminder of the compassion shown in his hours of need.

Petro’s rescuer, Myriam Otellado, has claimed that “each day he’s better and happier”. Otellado has high hopes that it won’t be long before Petro is adopted by a new family who will show him the care and attention he deserves.

Petro is now completely unrecognizable from the shocking state he was discovered in. Pictures posted by his rescuers show the very emblem of a happy and healthy dog. With eyes full of life and a shiny coat of fur, Petro is ready to take on the world. 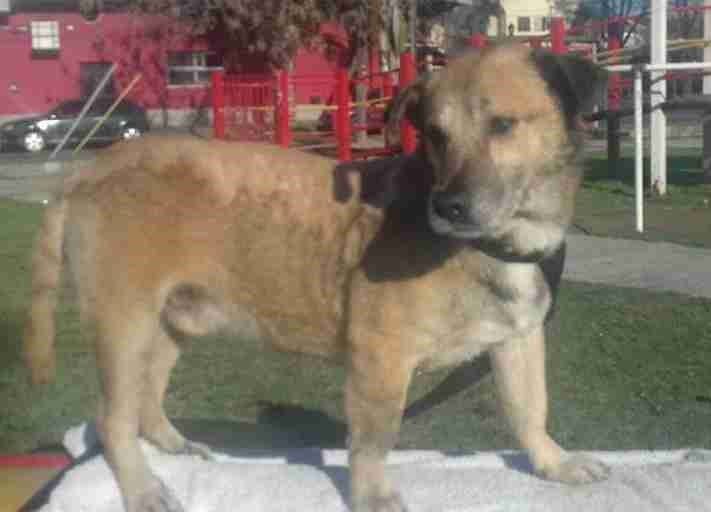