Animals at Wildlife Rehab Get a ‘Sweet’ Surprise After Watermelon Accident 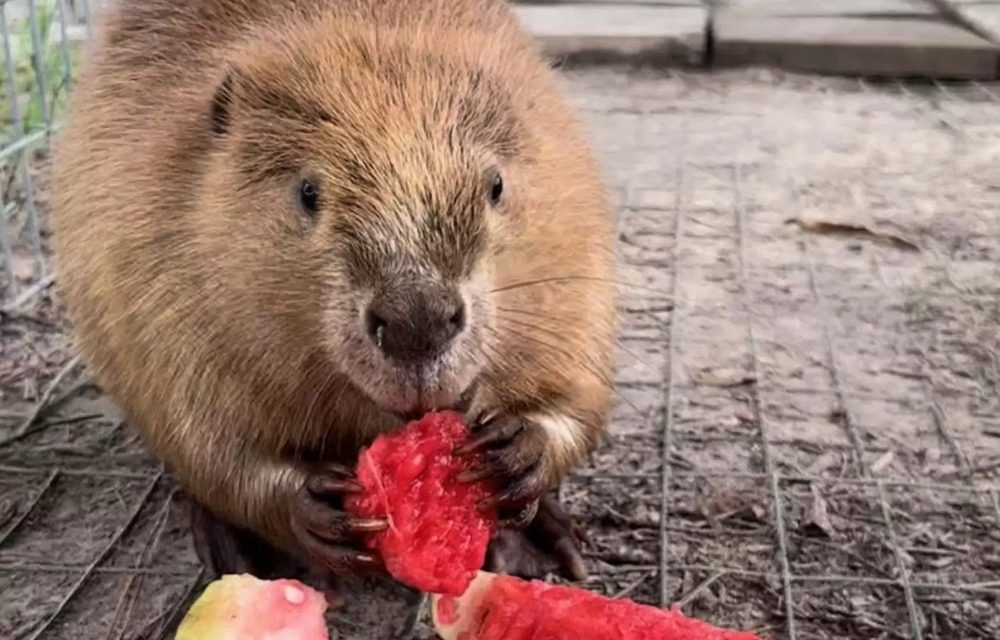 Dozens of animals at a Louisiana wildlife rehabilitation center got a sweet surprise after a truck carrying hundreds of melons had a mishap – and the producer donated them.

Farmerville annually hosts a Watermelon Festival, near where the collision – thankfully with no injuries – occurred.

Leslie Greene, founder of The River Bandit Rescue, stumbled across the watermelon and cantaloupe-strewn scene around the same time as Anthony Yakaboski, the owner of Yak’s Produce, and had an idea.

“I asked the owner of Yak’s Produce, ‘Well, hey, if y’all are not going to use all this watermelon that’s already open, can I have it for the wildlife rehab?’” she told People. “And the owner is like, ‘If it can go to another cause instead of being discarded, that would be wonderful.’”

Yak’s Produce and nearby witnesses helped load the crushed melons back onto the truck and then transported the fruit to Greene’s 4-acre property, where she was rehabilitating 42 animals.

The beavers were the first animals who “went to town,” with videos Greene posted to her Facebook page showing the animals gathering up chunks of watermelon and smacking their lips.

Melons, in addition to being tasty, are an excellent, hydrating summer snack for many species, as they’re packed with water and also nutrients and vitamins, Greene told WRAL.

“They absolutely love it,” she said. “With it being so hot and humid, it’s the perfect snack.” 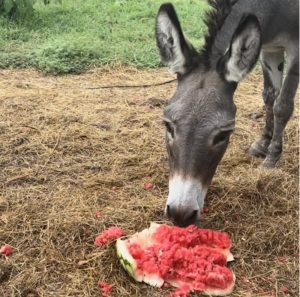 Yakaboski then reached out to her and offered to donate any additional produce that the business couldn’t use or sell.

“It turned out to be a big win for us and the wildlife,” Greene told People. “I appreciate Yak’s and appreciate all the animal lovers who did reach out to Yak’s and tell them thank you.”

Those grateful witnesses expanded beyond the immediate accident scene, with comments left on Yak’s Facebook page showing comments from people who had read the story in People or on other sites like Upworthy.

“Just read about the donation you gave to the animal rescue,” one commenter posted. “Thank you from Arizona.”

Yakaboski said he was happy that the melons hadn’t gone to waste.

“Sometimes you have to turn a bad situation into a good one,” he told The Dodo.

Greene later showed the beavers their picture in a hard copy of People and said they have since been acting “all kinds of bougie.”

“Won’t be able to tell them anything after this!” she quipped. 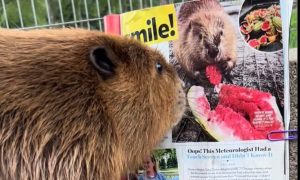