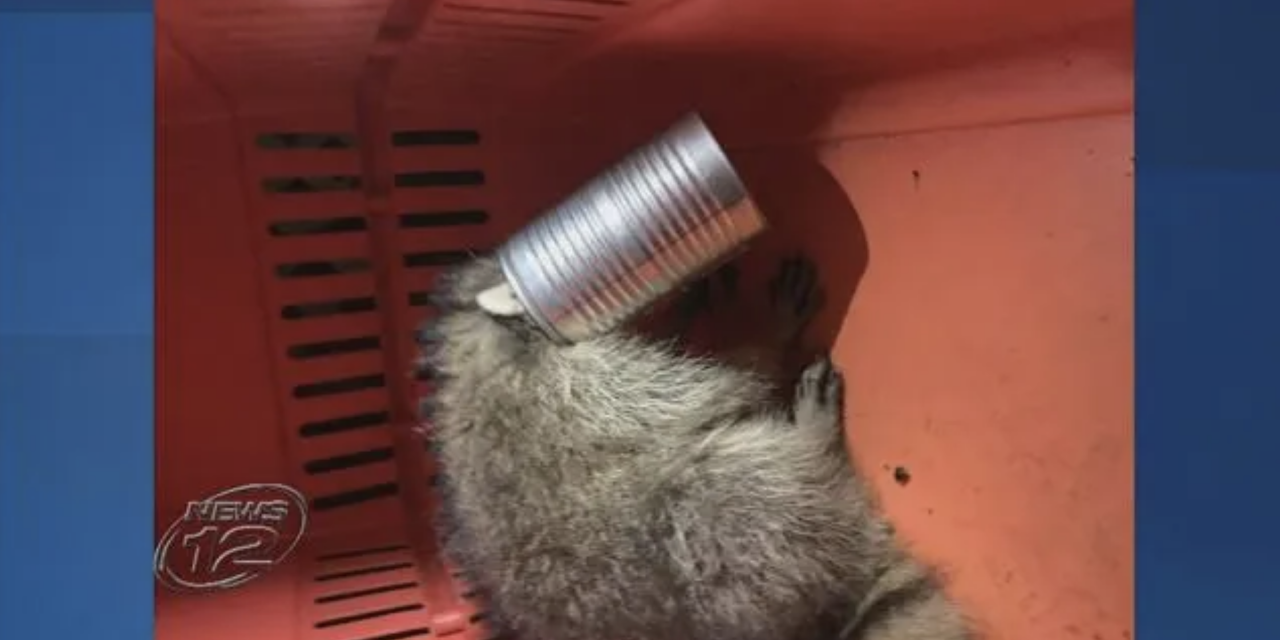 An inquisitive little raccoon whose head was wedged into a can for two and a half days caught the attention of Strong Island Animal Rescue. Members of the group came to his aid in Mastic Beach, New York, reports Long Island News 12.

After prising the can from the frightened youngster’s head, rescuers checked him over for any injuries. The hungry mammal had suffered some minor abrasions, but after he was given antibiotics and rehydrated, he was well enough to be released back into the wild to join his family.

Without having access to any food or water because of the can on his head, the raccoon would not have survived for one more day, according to rescuers.

This adorable little “bandit” did survive, but the incident is a reminder that leaving trash around can have a devastating impact on the wildlife around us.

Watch this video to see how this confused raccoon was given the gift of freedom.