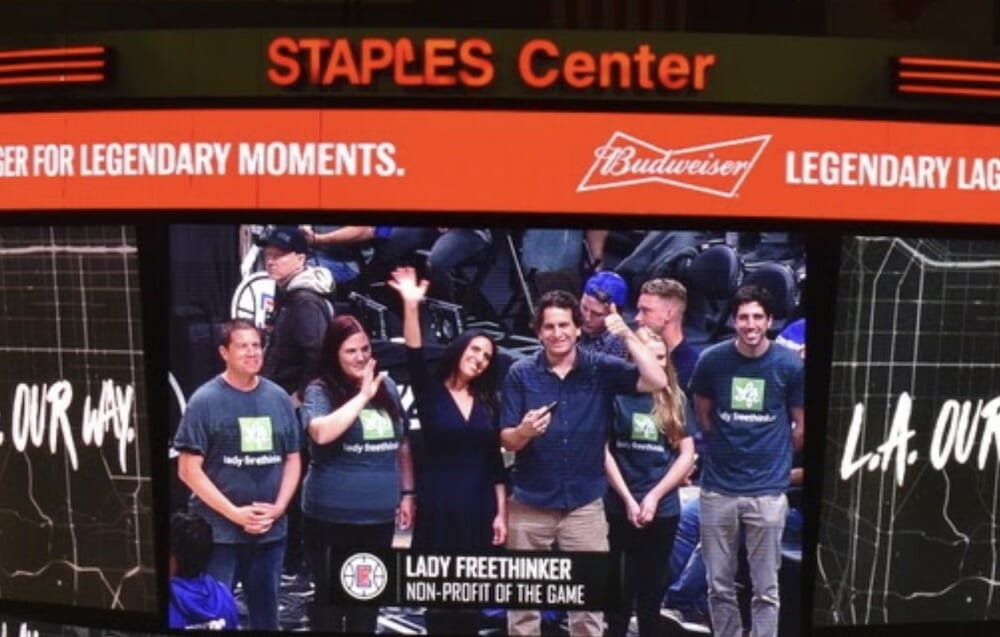 Lady Freethinker (LFT) supporters from across the country gathered on Saturday, February 22 at the Staples Center in downtown Los Angeles to fight back against animal cruelty, as LFT was honored by the Clippers as the featured nonprofit of the game. The day’s basketball contest between the Los Angeles Clippers and the Sacramento Kings served as the backdrop for LFT’s inaugural Animal Heroes’ Event.

LFT’s founder Nina Jackel appeared on the jumbotron before the game started, inviting the crowd to take part in building a more compassionate world and sharing how her organization is giving a voice to the voiceless.

LFT supporters, from long-time animal activists and influencers to loyal donors, enjoyed the game together while snacking on plant-based treats. Each guest received a commemorative gift bag filled with vegan-friendly goodies from generous in-kind sponsors. 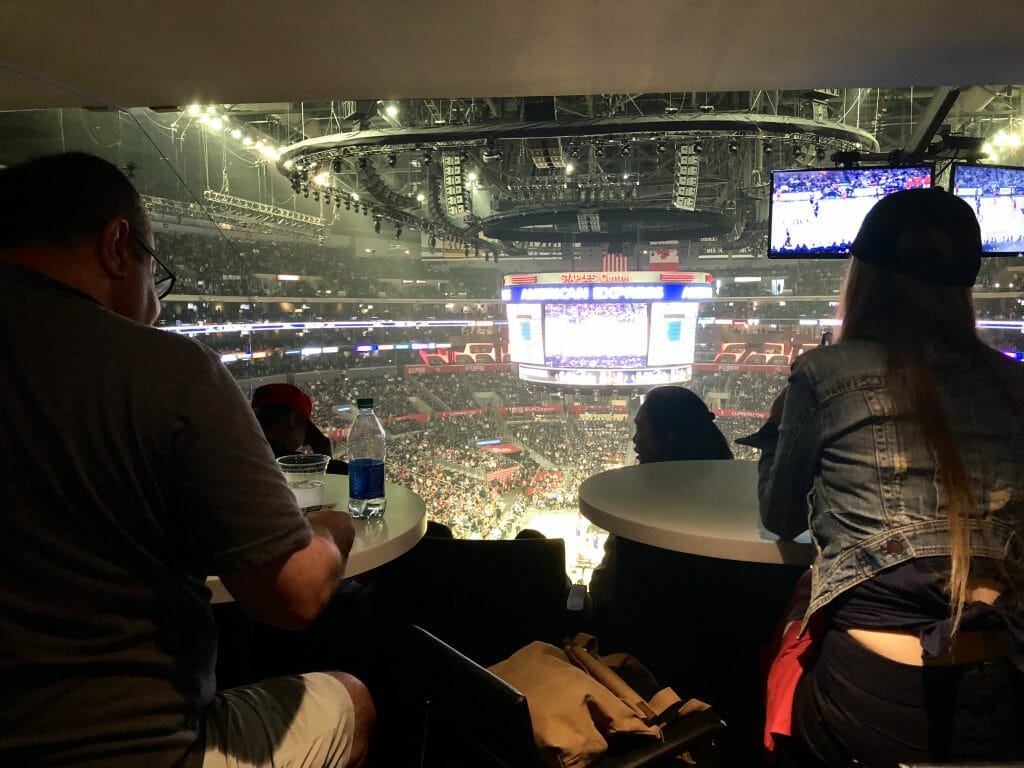 For many, this event was the first opportunity for members of the LFT community to connect in person and share their love for animals with each other.

At half-time, LFT team members stepped out onto the court to greet the crowd, as announcers thanked the nonprofit for its life-saving work.

Proceeds from this year’s event will help Lady Freethinker continue to battle the brutal dog and cat meat trade, work to end the torture of billions of factory-farmed animals, protect elephants, tigers and other exotic animals, and seek justice for animals maimed and killed by dangerous criminals.

LFT thanks everyone who attended and made the event a great success. We look forward to coming together as a community again next year!