Acts of Kindness Give Shelter Dog Second Chance at Life 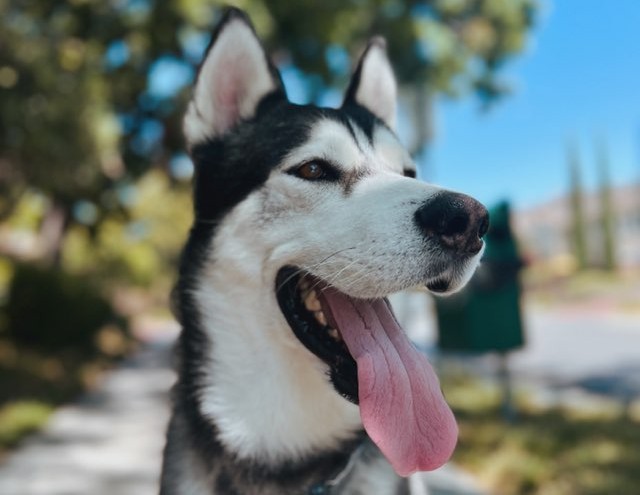 A husky hours away from a scheduled euthanasia at a California shelter ended up the center of a whirlwind rescue and has since landed a loving forever home.

Lindsey Jeu De Vine, who has since joined the Lady Freethinker (LFT) team as our development coordinator, took a work break one day in May and hopped on TikTok, where she was alarmed to see a post about dozens of shelter dogs scheduled for euthanasia.

She navigated to a Facebook page dedicated to shelter dogs in Riverside County who were “Red Listed” – meaning at risk of being put down. There, she found a photo of a charismatic husky, named Ziggy, who would be euthanized within a few hours, according to the page.

“I wrote that I was in the middle of a work day, but that I could foster him if someone could actually go get the dog,” she recalled to LFT. “Within seconds, a person jumped in to ask if I was serious, because she would go get the dog.”

That caring person, Trina Foglesong, messaged Lindsey and said she was about three hours away from the Coachella Valley Shelter, where Ziggy was being held, but that she was getting in her car immediately.

Meanwhile, the Bubbles Dog Rescue, a nonprofit rescue in southern California whose team routinely watches shelter red lists, caught onto the conversation. Bubbles Dog Rescue also reached out to Lindsey, saying they would officially take on Ziggy as a shelter animal so she could foster him through an organization. 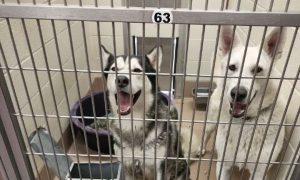 Lindsey’s phone pinged again, and another text came through: Trina telling her that she had gotten the dog. She was on her way to San Diego.

Right when everything seemed to be working out, Lindsey got another text from Trina — this one saying she had been in a car accident. Ziggy was fine, Trina added quickly. But her car wasn’t drivable. She was calling her sister-in-law to see if she could help transport Ziggy the rest of the way.

The sister-in-law stepped up to help, and Lindsey started receiving videos of Ziggy as the women continued their journey south.

Then there he was — a “giant huge dog” — stepping out of the car and making his way toward her, Lindsey said.

“On the videos, he was this huge, howling, and barking husky, and I thought, ‘What am I getting myself into?’” Lindsey told LFT. “But he ended up being the best husky in the world. He was so mellow, so well-trained.” 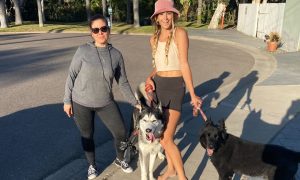 For a month and a half, Lindsey and her boyfriend fostered Ziggy — taking him on long hikes and enjoying his company while posting in tons of online rescue groups to try to find him the best possible home.

“She was absolutely incredible with him,” Bubbles Dog Rescue told LFT. “She had another dog, who was dog friendly, and a lovely yard and lifestyle that would match what Ziggy needed — active, yet full of love and warmth.”

Eventually, Lindsey connected with a woman named Taylor Hoth, who had another rescue, was looking for an additional dog, had an active lifestyle, and would become Ziggy’s loving new adopter. 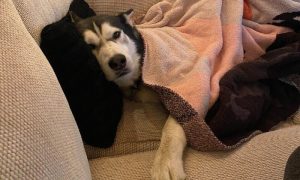 Taylor described her discovery of Ziggy as “random.” She and her boyfriend had recently visited another husky in need of a good home. But the couple’s other dog, Suki, wanted no part of that planned addition. Taylor had wanted another dog for awhile, but Suki always said no. While Suki had never been aggressive, she just didn’t seem to like other dogs — not dogs who came to visit, not possible adoptees, Taylor said.

But Taylor was willing to try again when the other husky’s guardian reached out and said she had seen a post on NextDoor about a dog that sounded just like Suki — lazy, a lounger, but who also liked to hike.

“He started playing with my dog,” she told LFT. “If you know my dog, Suki, you know that’s never happened. She’s never liked another dog. I just started crying.”

Suki and Ziggy quickly settled in together, and that sealed the deal, Taylor said. 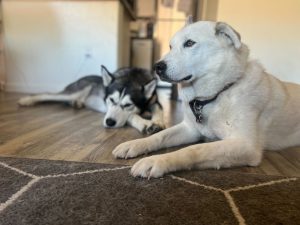 This month marks the 6-month anniversary of Ziggy’s adoption. Ziggy loves riding in the car, going for hikes, playing with Suki, and lounging around the house.

“I fell in love with Ziggy immediately,” Taylor said. “There’s just something about him. I can’t imagine not adopting moving forward, because I’ve had such great experiences.”

Lindsey described everyone involved with Ziggy’s rescue as “amazing.”

“In this situation, it really took one person’s kindness to save a life within hours of Ziggy’s being put down,” she said. “It’s so heartwarming that there were so many people willing to help animals and be selfless for them.”

“It did take some time, but we are beyond excited that he is in his forever home,” she said. “We couldn’t be happier and just hope more people turn to rescues to find their new pet!” 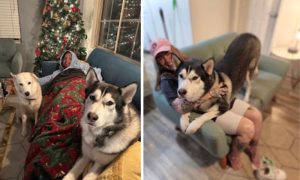 We urge our readers to always adopt — not shop — for companion animals. With over 3 million dogs entering United States animal shelters each year, buying from breeders instead of adopting means a dog in a shelter waiting for a loving home loses their chance and may end up being euthanized.

When adopting, it’s very important to talk with shelter staff who know the animals and understand a dog’s personality, temperament, and instincts and to carefully consider whether the dog will be a good match with any other household members — including other companion animals or children.

We’re so grateful to everyone who stepped up to save Ziggy’s life!