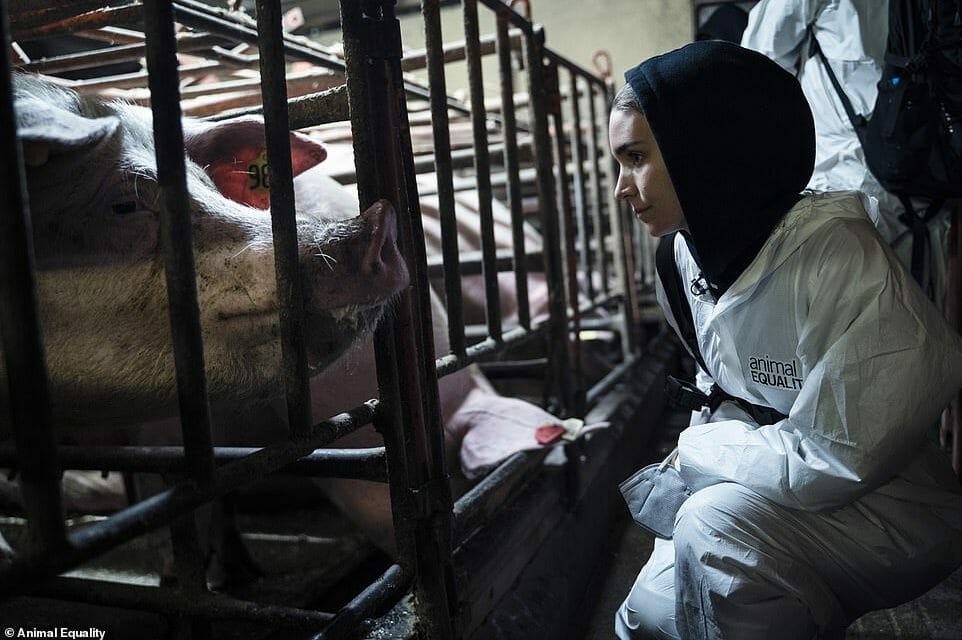 Actress and animal advocate Rooney Mara (“The Girl with the Dragon Tattoo”) has said that nothing could have readied her for the horrific experience of witnessing the cruelty of factory farms first-hand.

“Nothing could have prepared me for what I was to feel, smell, and see with my own eyes when I went undercover on factory farms,” says Mara, who recently joined Animal Equality on an investigation inside two British farms to expose animal abuse within the meat industry.

A video narrated by Mara called “With My Own Eyes” reveals numerous distressing scenes of animal suffering, including over 3,000 pigs forced to live in dark and cramped conditions, with piglets just left to die having received no medical attention. On one of the farms, the video shows sows who had been forced into tiny crates, crushing their newborn babies, unable to move because of the lack of space. 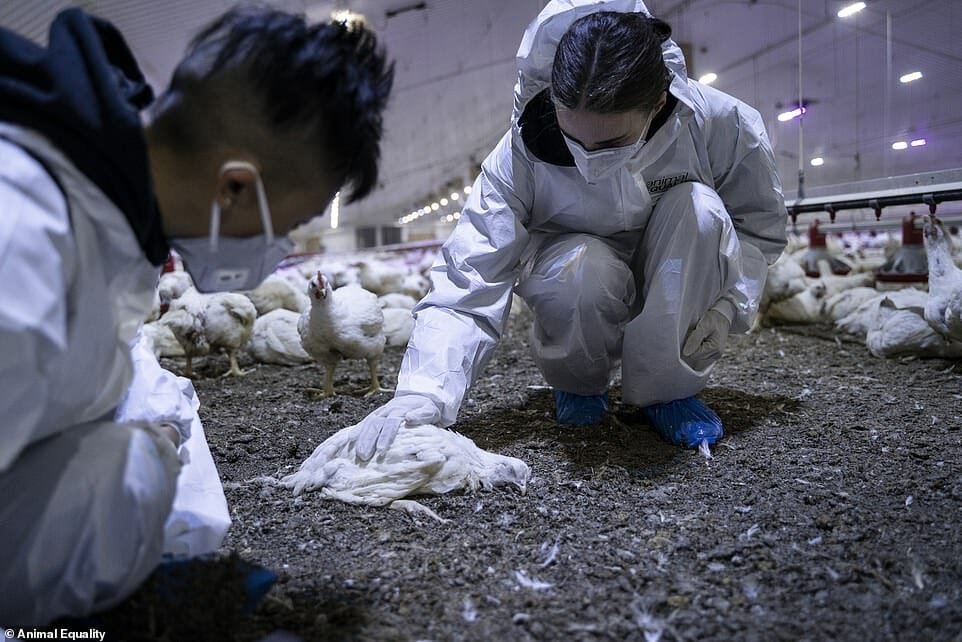 “Nothing prepares you for looking into the eyes of a mother pig whose life is to be impregnated and left in a cage until she’s slaughtered,” Mara says. “I can’t imagine how awful it must be to be literally trapped and crushing your own babies and not be able to do anything about it.” 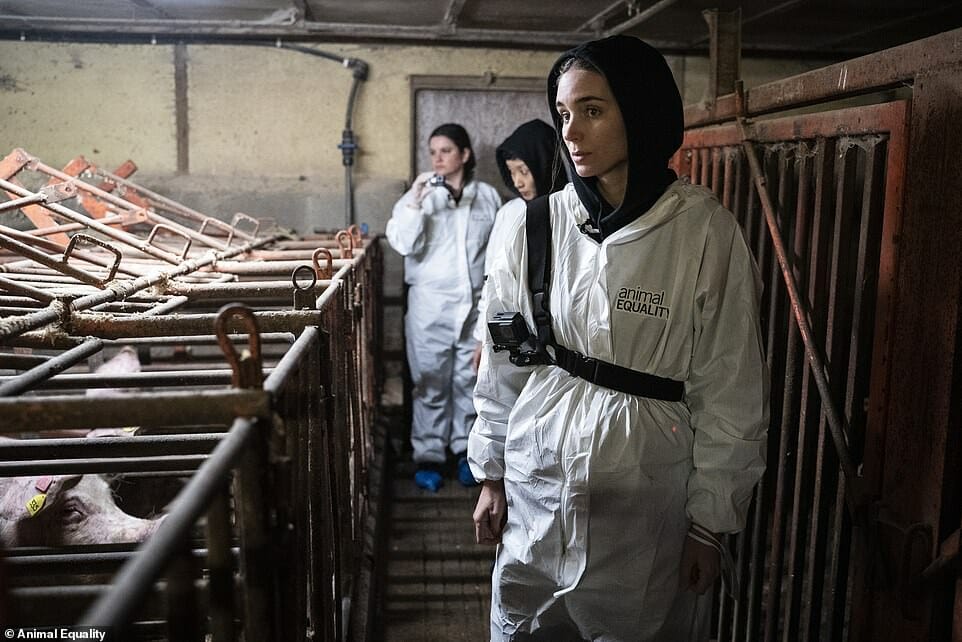 Video footage from another farm uncovered more than 50,000 chickens crowded into dark, dirty sheds. The birds are artificially reared to grow so big their organs don’t work properly, and their legs can’t function. Many of the birds were hurt and couldn’t move, unable to reach food or water. The chicken farm’s own records reportedly state that 1,936 birds died within the first seven weeks of their life. This averages a shocking 42 chicken deaths every day. 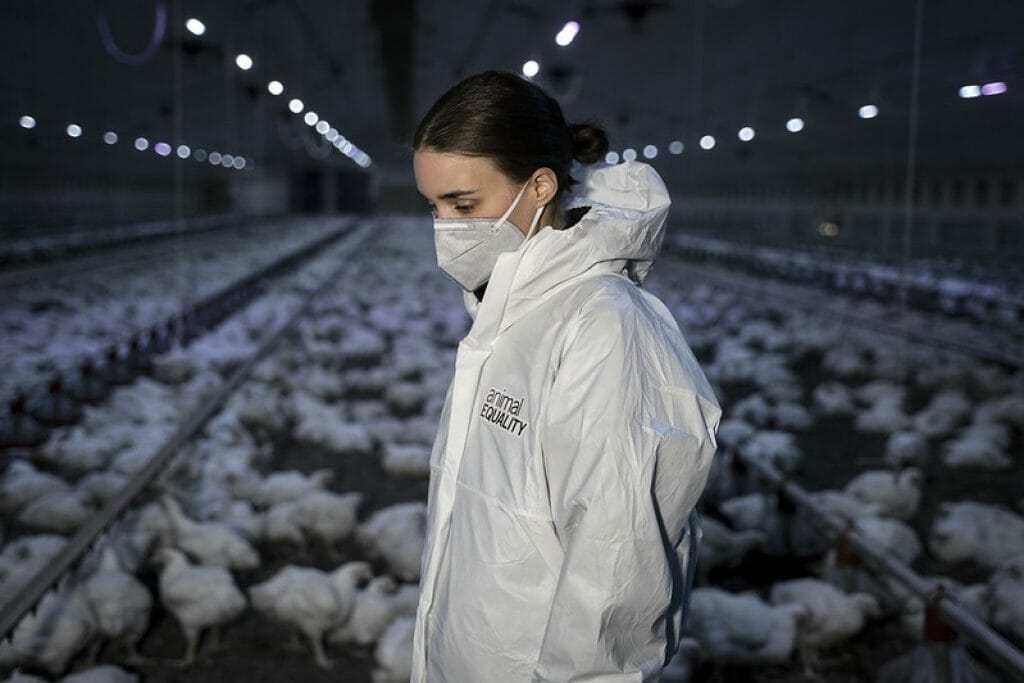 More than a billion chickens and ten million pigs are killed for their meat every year in the UK, and over 90% of these animals are reared on factory farms, according to Animal Equality.

“We are deeply grateful to Rooney for joining us to expose the secretive meat industry and telling the heart-breaking stories of these pigs and chicken,” the organization said in a statement.