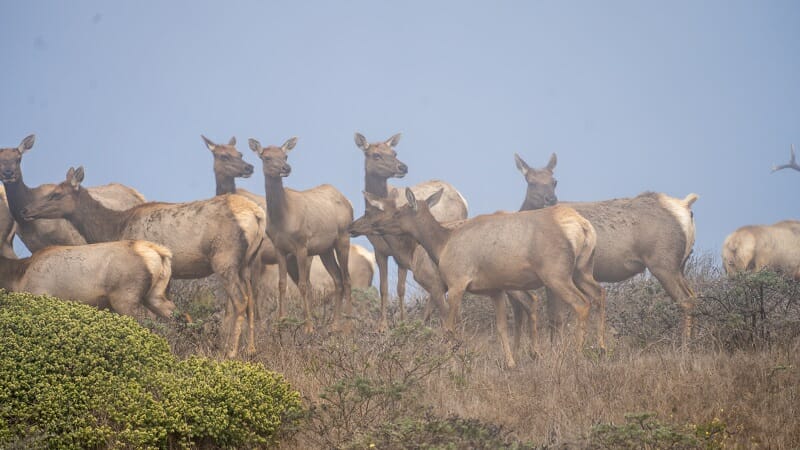 The U.S. National Park Service (NPS) continues to threaten Tule elk, which were recently near extinction, despite persistent cries for help from activists.

Hundreds gathered to protest the NPS’s plan to allow for the killing of Tule elk inside of Point Reyes National Seashore in California — where nature and wildlife are supposed to be protected — all for the benefit of ranchers and commercial businesses like Airbnb, according to the petition by In Defense of Animals.

The NPS announced that it would begin allowing the shooting of these rare animals as a management strategy. It will also extend leases of ranches and dairy farms from 5 to 20 years and allow for the development of the land for for-profit businesses. In addition, farmers will be able to kill and process animals on the land, as well as farm goats, sheep, and chickens, reported In Defense of Wildlife.

Not only is it cruel to kill the Tule elk, especially in their native home, but the majority of the public is against the plan, as well. In a survey run by NPS, more than 90 percent of respondents said they wanted to preserve Tule elk and remove cattle ranches.

Tule elk are only found in California and must be protected. But the government is intent on harming these endemic animals.

“There are more cattle in all of Point Reyes than there are Tule elk left in the world,” said Fleur Dawes of In Defense of Animals in a press release. “It’s ridiculous that ranchers are getting taxpayer handouts to exploit and pollute public wildlands.”

Even before this announcement, the park service was already killing off Tule elk. Elk are trapped within a fenced-off area without access to water during an ongoing drought. The animals are dying of thirst, with activists risking arrest to bring them water. Park officials have refused to do anything, and 15 elk have died already.

Lady Freethinker stands in solidarity with the hundreds of activists who recently gathered and the thousands around the world who are calling on the NPS to halt this horrible plan to kill these innocent and rare animals.