Home » News » Abused ‘Bait Dog’ Found with A Third Of Face Missing Is Making a Beautiful RecoveryBy Katie Valentine | May 7, 2019 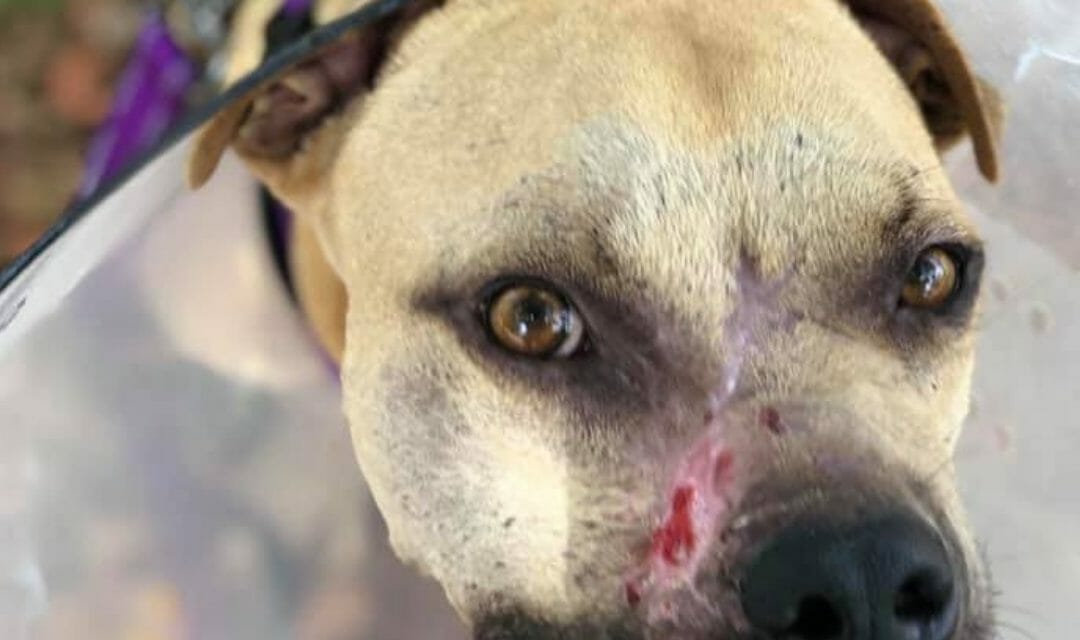 A dog named Noah has fully recovered after being used as bait for a dogfighting ring in North Miami, Florida. It’s taken months of care, but most of the injuries that once covered him have healed.

Despite all he’s been through, Noah’s personality is “goofy and loving,” according to his foster mother, Jennifer Merino. She stated that if he could talk, he would tell her to play with him and to let him love her and lick her face.

Noah was discovered in early February with one-third of his face missing. Another dog’s tooth was embedded in one of his wounds. He began his road to recovery at Biscayne Animal Hospital after being pulled from the shelter he was staying in by Bullies N Beyond Rescue.

One of the veterinarians who treated Noah could tell that he was determined to live.

“He never stopped eating. He never stopped wagging his tail. He never showed signs of aggression, and he tolerated the treatment so well. We pursued to continue treating him,” Dr. Spencer Goldstein stated in an interview with WSVN.

Over the following weeks, Noah endured multiple surgeries and constant sedation. To close the hole in his face, he underwent laser therapy and vacuum therapy, as well as treatment from a specialist.

His recovery has been likened to a miracle by Dr. Jennifer Biebevsky. “We do a lot of wounds, and we’ve seen a lot of success stories, but I don’t think any of us even appreciated he would get to this degree,” she said.

The best thing about Noah’s recovery is his ability to simply be a dog and go to dog parks, according to Maria Gaspari of Bullies N Beyond.

Until Noah is ready for adoption, he’ll remain with his foster mom and continue raising awareness about dogfighting.