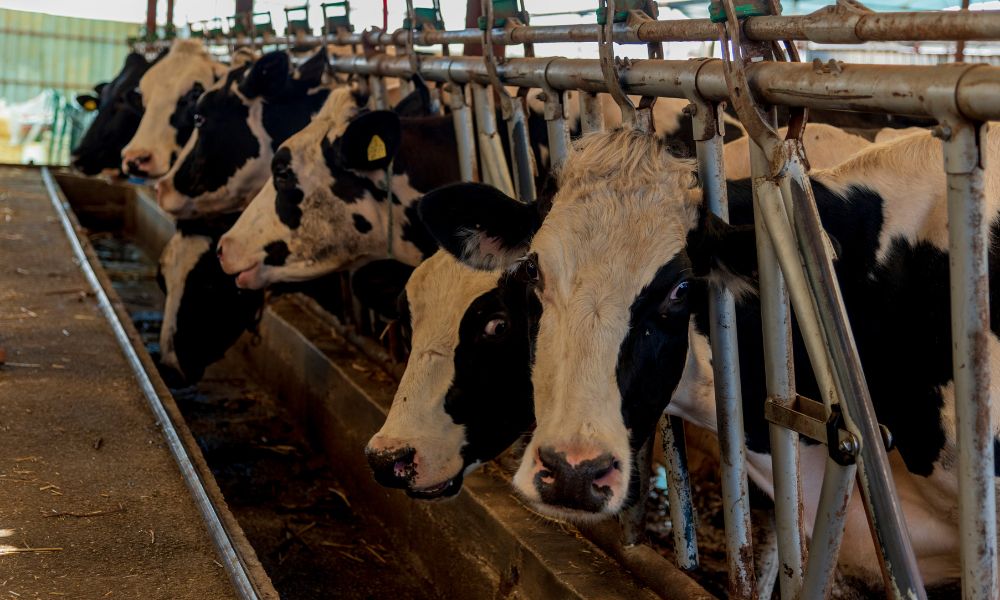 A coalition of 51 environmental and community advocacy groups is demanding more oversight of Large Concentrated Animal Feeding Operations (CAFOs). Their argument: untreated animal waste from industrial animal agriculture has polluted nearby waterways, harming the health of local communities and wildlife.

The coalition’s petition targets the U.S. Environmental Protection Agency (EPA) — the agency in charge of enforcing the Clean Water Act. According to the Clean Water Act, CAFOs must obtain a permit before discharging animal waste.

Out of more than 21,000 CAFOs in the United States, less than half have obtained this permit, according to the coalition.

CAFOs house pigs, chickens, and dairy cows. One Large CAFO, according to the EPA’s definition, confines at least 2,500 pigs or 700 cows and can produce up to 1.6 million tons of animal waste each year, more than the annual sanitary waste produced by urban cities.

Animals are forced to live in crowded, tight spaces that prevent them from carrying out natural behaviors, like bonding with their families or basking in the sun. They often live in filthy sheds without windows and lack access to the outdoors, according to The Sierra Club.

The untreated animal waste can contain harmful substances including nitrates, phosphorous, and pharmaceuticals. The pathogen-packed liquid can enter waterways, contaminating drinking water and hindering recreational opportunities such as boating. The mismanagement of animal waste decreases the quality of the environment and threatens public health, according to the coalition.

One Minnesota resident, Sonja Trom Eayrs, in a formal declaration, describes her experience living near a large CAFO that reportedly has polluted a local river, contaminated soils of surrounding family farms, and released dangerous gases that Dodge County residents are forced to breathe.

Eayrs told the EPA that she has witnessed her family members suffer from consistent nosebleeds, headaches, and stomach complications in response to toxic fumes released from the large amounts of manure concentrated in pits on the CAFO’s property.

The coalition notes that stories like Eayrs’ are all too common — and that they disproportionately impact people of color. CAFOs often are situated next to low-income communities of color, also making this an environmental justice issue. The coalition’s petition leverages two executive orders, which require the EPA to collect data and improve oversight on issues impacting disadvantaged communities, to emphasize their case for stronger CAFO regulations.

The coalition also is asking for improved decision-making processes that include community members so that local residents have a say in the issues that impact their health and livelihoods.

Earthjustice, Waterkeeper Alliance, and Friends of the Earth are a few of the coalition members.

Scientists agree that animal agriculture is a top contributor to climate change and water pollution. One of the most powerful steps we can take as individuals to help fight the climate crisis and save animals’ lives is by choosing kind plant-based options. Check out our vegan starter guide for some tips to make the transition!

Starter Guide to Transitioning to a Vegan Lifestyle