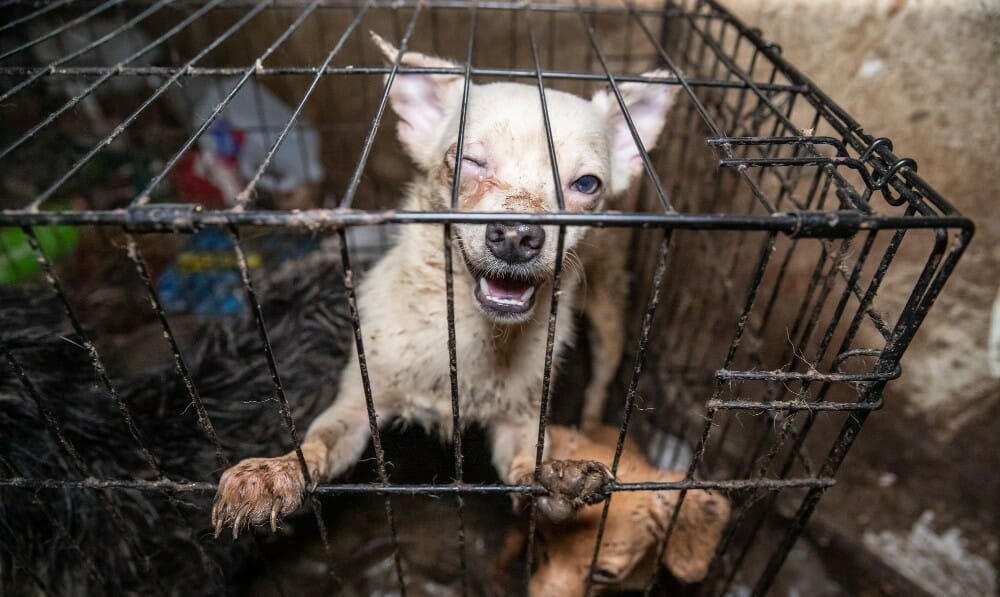 Dozens of dogs rescued from a filth and feces-filled ‘House of Horrors’ in Jackson, Tenn., are now recovering at a nonprofit animal rescue center.

Police conducting a welfare check at the home of Anna Sandhu Ray, 74, discovered 44 living dogs amidst trash, feces, and dead dog bodies, including some locked in cages and covered in their own waste, a violation of state and local safety and animal cruelty codes.

Officers contacted Jackson Animal Care and Control, which quickly recognized the situation was outside its scope and called in Animal Rescue Corps (ARC), a national animal protection nonprofit. 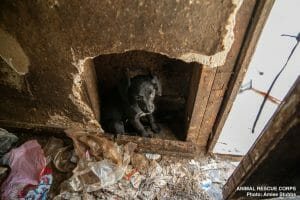 “The conditions at Ms. Ray’s home are among the worst we have seen in the ten years we have been dealing with cases,” Woodward said in a press release. “These dogs desperately needed to be removed from that unlivable environment and will need ongoing veterinary care.”

Gruesome photos from the rescue, dubbed “Operation Clean Sweep,” show animals without access to clean food or water, dead animals mired in filth, and living animals pawing at the bars of their cages, their fur matted with filth and feces — all backdropped by the dilapidated surroundings.

The dogs manifested other signs of severe and chronic neglect, including internal and external parasites, emaciation, dehydration, and mange, according to ARC reports, which also noted a powerful stench pervading the area.

At a recent court hearing, she denied keeping the animals in unsanitary conditions, telling a judge, “I took care of my babies,” according to The Daily Mail. 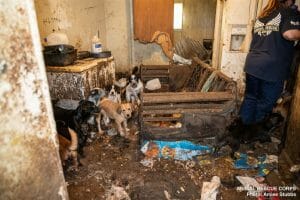 Ray also was arrested for animal cruelty in 1996, when authorities rescued more than 25 animals — 15 dogs, six kittens and four cats —  from similarly deplorable conditions at her home, the Los Angeles Times reported.

The surviving dogs, which include three litters of puppies, are undergoing medical, physical, and emotional care at ARC’s rescue operation center in Lebanon, Tenn.

The dogs will continue to receive daily care at the center until they recover and staff can place them with vetted shelters or forever homes.

Whitney Owens, from Jackson’s animal control, said in a statement that Operation Clean Sweep wouldn’t have been possible without ARC.

“We have a wonderful and dedicated staff, but this case was beyond our logistical means and the success of this operation wouldn’t have been possible without ARC,” Owens said. 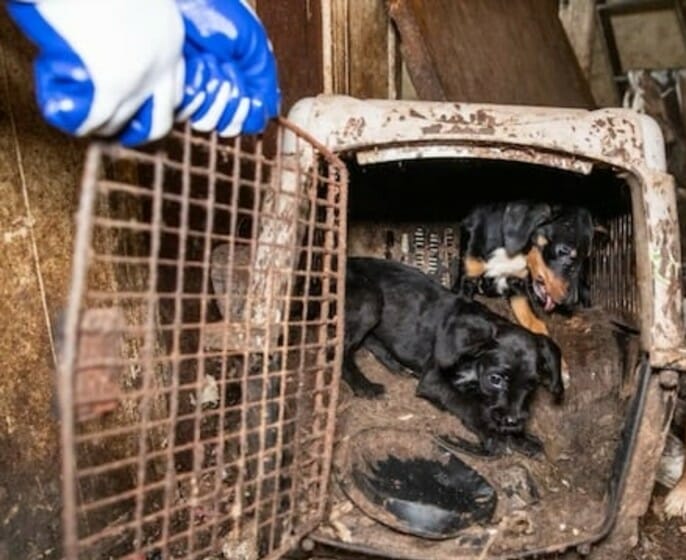