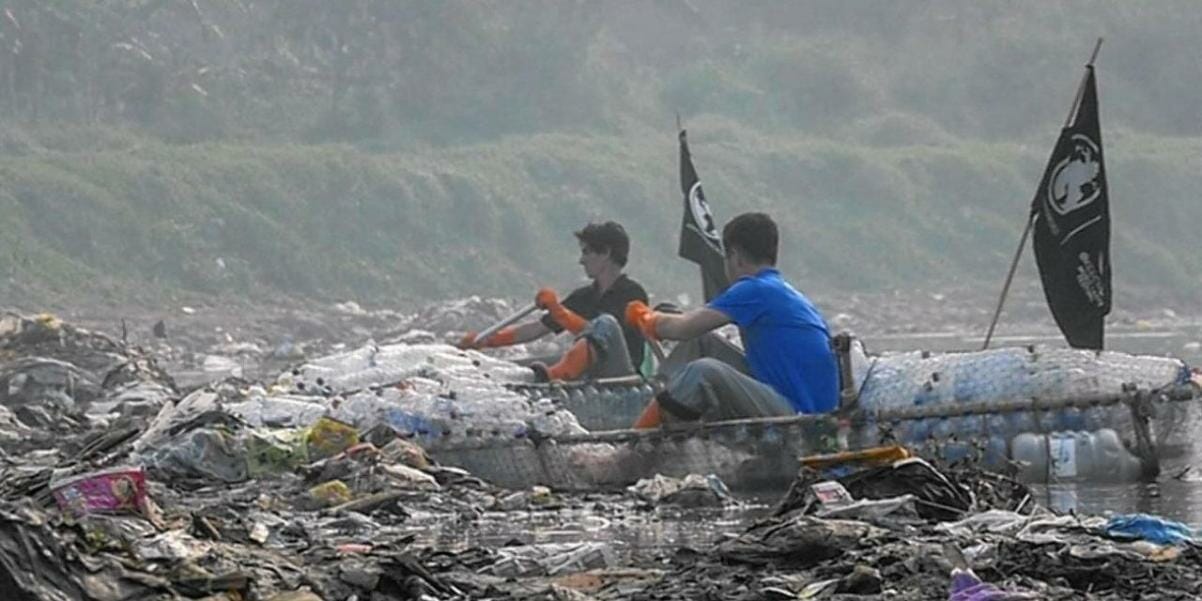 Using two kayaks made from re-purposed plastic bottles, two brothers paddled what has been called the most polluted river in the world. Gary and Sam Bencheghib made the nearly 200-mile journey down the Citarum River in Indonesia to raise awareness and document the extensive ecological devastation.

The Citarum River is 40 miles east of Jakerta, and extends from Wayang Mountain to the Java Sea. It irrigates crops and provides drinking water for more than 25 million people. Until the late 1970s, the river was healthy and full of fish.

As the area surrounding the river industrialized, however, it became overloaded with human-made waste. Agricultural runoff, chemicals, sewage, and an immense amount of trash now fill the river. The water is thick and dark, and parts of the river are filled with trash piles so thick people can actually walk across.

The Jakarta Environmental Agency has reported that there is no clean water in the Citarum or any of the region’s other 12 rivers. Many residents who live near the river suffer from chronic dermatitis and respiratory problems. The ecosystems and lives of fish, birds, and other animals dependent on the river have been completely destroyed.

Growing up in Bali, Gary and Sam enjoyed going surfing. But their favorite surf spot was overrun with garbage. At the ages of 12 and 9 respectively, they organized a beach cleanup with their friends. From there, their activism and environmental work burgeoned.

In mid-August they set out on their journey. They filmed footage of their ride and highlighted local community groups and individuals that were putting in commendable efforts to remediate the river. Their videos include footage of school initiatives to teach children to recycle, and the incentivizing of proper disposal of waste — local residents can earn money by collecting certain types of plastics and refuse from the river.

Word of the brothers’ campaign soon reached the Indonesian Ministry of Environment. The attention and pressure Gary and Sam created pushed the director of waste management to announce an emergency plan to clean up the river. The Ministry of the Environment plans to spend four months surveying the river to create a map of the pollution and to work in a collaborative process with regional and local governments.

The Bencheghib brothers’ endeavor is one in a series of recent campaigns to clean up the river, and each of them is crucial. After decades of neglect and pervasive dumping of trash and effluent, the Citarum River has a long, upstream journey to rehabilitation.