These Veal Calves Were So Desperate, They Tried to Suckle Humans’ Hands 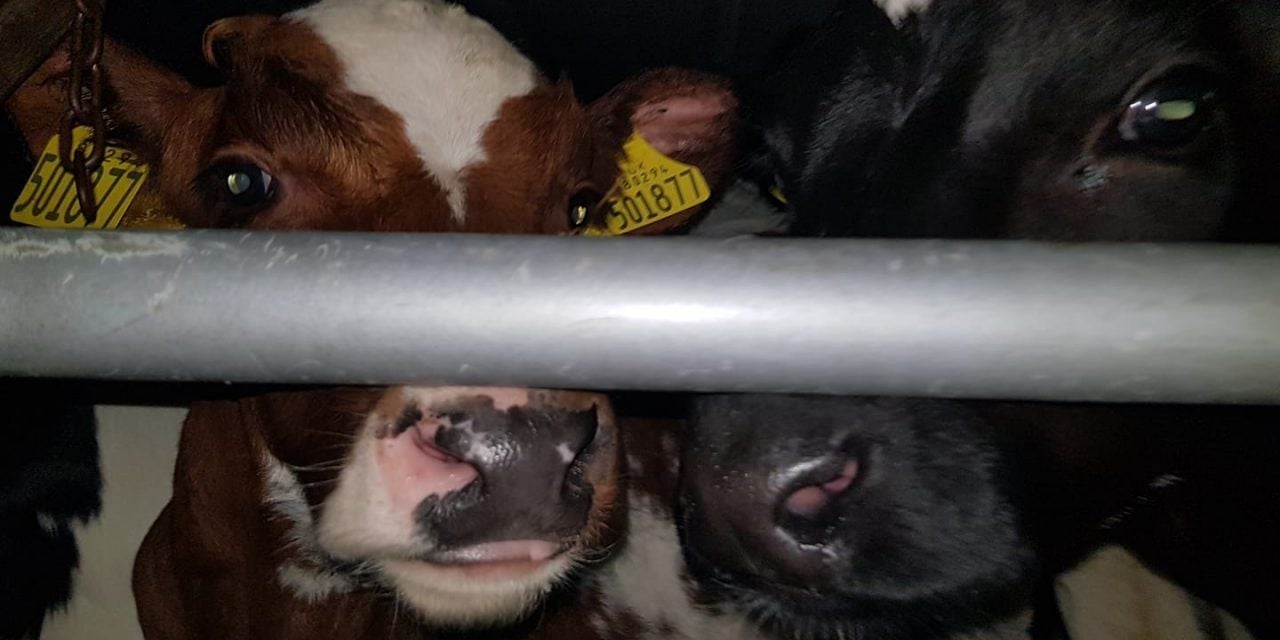 Protestors gathered at the port town of Ramsgate in England last week to witness yet another shipment of calves heading off for export. Sourced from a farm in Scotland, the animals are destined for the veal industry in Spain.

Local group Kent Animal Save monitor and protest live animal exports from this port and say that this truckload of calves was particularly upsetting to see; some of the calves were only a few weeks old — as indicated by their ear tags.

“These were unweaned calves, they were desperately trying to suckle on people’s hands for comfort, they were very distressed,” said Lilibet Marsh from the group.

The export of calves for veal is particularly cruel. Calves that are around two weeks old are still dependent on their mother’s milk and need to feed at least every seven hours. Their immune systems are not yet fully developed and the long journeys take a serious toll on these vulnerable and stressed babies, who are crying for their mothers.

Long-distance transport causes immense suffering. Animals are often injured due to overcrowding, suffer from exhaustion and dehydration, and undergo extreme stress. Many times, the animals arrive in countries that don’t have the same welfare laws as their origin country — they may be abused and beaten during transport and slaughtered in torturous ways.

According to Compassion in World Farming, more than 2.5 million animals were part of the live export trade from the UK in the mid-1990s. By 2010, that number had plummeted to only 4000 sheep – and no calves. Unfortunately, that number is again increasing, particularly through the Ramsgate Port.

Currently, the trade in live animals from the UK cannot legally be banned, as it is classified as the free trade of goods under EU law. Animal activist organizations are calling for maximum journey times of eight hours across Europe, and pushing for a ban on live exports altogether.