US Allows Trophy Hunter to Import Body Parts of Rhino He Paid $400,000 to Kill 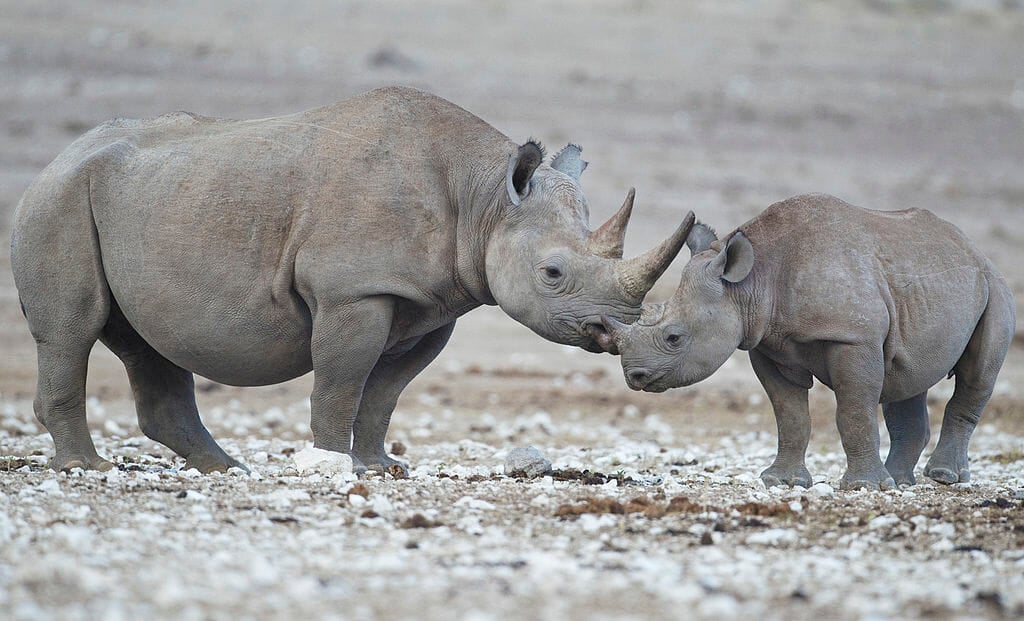 In a tragic blow for wildlife, the US Fish & Wildlife Service will grant permission for a trophy hunter to import the skull, horn and skin of a rare black rhino that he shot and killed in a national park in Namibia.

Michigan resident Chris D. Peyerk paid $400,000 to a Namibian conservation organization in May 2018 to hunt the rhino. In April 2019, he filed an application with the Fish & Wildlife Service for permission to import the rhino’s body parts.

The specific rhino that Peyrek listed is the south-western black rhinoceros, a subspecies of the critically endangered black rhino. This subspecies is listed as vulnerable, though not yet endangered.

However, with less than 6,000 left in the wild, black rhinos are protected under the Endangered Species Act (ESA).

The U.S. government allows the importation of endangered animal “trophies” only if their hunting is considered beneficial for the survival of the species. The species depends on the government for protection from big game hunting disguised as “conservation.”

“We urge our federal government to end this pay-to-slay scheme that delivers critically endangered rhino trophies to wealthy Americans while dealing a devastating blow to rhino conservation,” said Kitty Block, president and CEO of the Humane Society of the United States and president of Humane Society International.

She goes on to say, “While we cannot turn back the clock to save this animal, the administration can stop the U.S. from further contributing to the demise of this species by refusing future import permits of black rhino trophies.”

This innocent animal deserves more than a senseless death and exploitation of its body as a “trophy.”

Contact the U.S Fish & Wildlife Service today and urge them to reverse this misguided decision and help ensure black rhinos have a future in Africa.