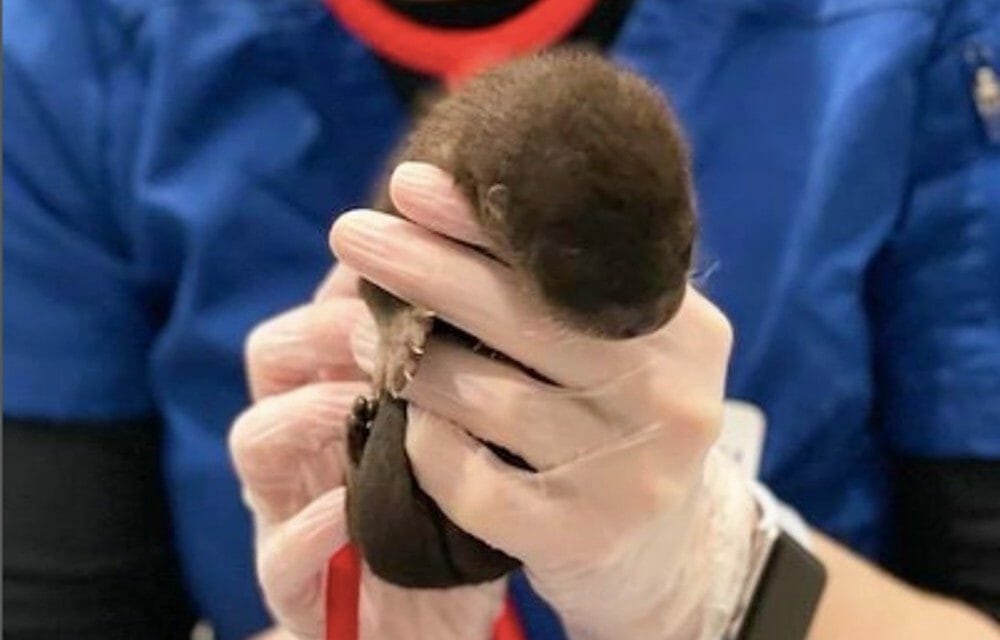 Gus, a 6-year-old Goldendoodle whose battle with cancer recently left him with only three legs, gave his guardians a surprise when he rescued a baby otter from the freezing waters of the St. Croix River in Mississippi on Easter Sunday.

Gus’ guardian, Cleo Young, knew her dog was special, describing him as friendly, smart, and loving.

But she didn’t know that he could still swim, following a leg amputation in February, until he dashed into the freezing river and came back with a week-old baby otter gently cradled in his mouth.

Young and her grandchild, Ella Hammerstrand, then responsibly rushed the baby otter to certified wildlife rehabbers at the Wildlife Rehabilitation Center of Mississippi (WRC).

“I think he (Gus) knew the otter was hurting and something was wrong,” Ella told Fox9.

Wildlife center staffers said the otter should have been safe at home in his family den and was far too young to be swimming. Not knowing where the den was, or how far the exhausted otter had journeyed, and with concerns the baby may have aspirated water – and so been at risk for pneumonia – they granted admission.

Following critical care and monitoring for temperature and signs of pneumonia, the wildlife rehab reported the otter had “turned the corner” and “was doing well,” according to an April 20 Facebook post.

“Kudos to Gus, and his wonderful owners Cleo and John, for saving this young otter’s life,” the center said.

Center staff have transferred the baby otter to another licensed wildlife hospital that has the ability to rear young river otters.

“They spend the first full year of life with mom and raising one requires property and caging that we just don’t currently have,” said WRC’s Tami Vogel. “We’re lucky to have a great network of other professionals with whom we can work.”

Vogel added that people who find a wild animal who may need help should always make a certified wildlife rehabber their first stop.

“Always talk with a licensed rehabber – ignore all the online advice (there’s so much of it that is wrong) and never feed a wild animal,” she said. “Google is good however at helping people locate wildlife hospitals and rehab centers.”

Meanwhile, Gus has reaped the rewards of his quick and compassionate action.

“He definitely got a lot of treats afterwards,” Ella said.

“The real hero of the otter story is Gus the dog, and his owners who did the right thing and brought the otter to us immediately – and were willing to try to reunite it if deemed possible,” she said. “We’re so fortunate to have compassionate people like them who help make the world a better place.”

We are overjoyed that Young recognized the best chance of survival for orphaned or abandoned wildlife is getting the animal as quickly as possible to a certified wildlife rehabilitator.

We’re also happy that Gus and this baby otter are doing well and thank the compassionate action of the guardians and wildlife rehabbers in helping these sweet animals have the peaceful and safe lives they deserve. 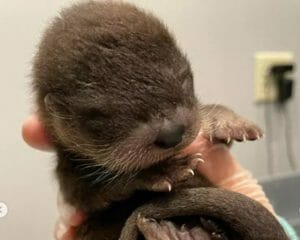