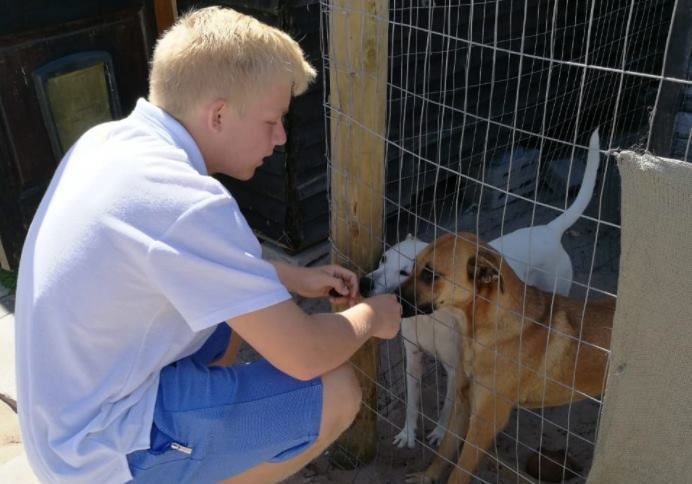 One Cape Town teen decided to mark his milestone eighteenth birthday not with a traditional party, but by giving back to his community. While many people just want to throw a big celebration when they turn 18, Blake Pittaway had something else on his mind: his love for animals and an overwhelming desire to help them any way he could.

Three months before his birthday, Pittaway decided he would use his birthday money and proceeds from recycling plastic to support local animal charities.

Of his birthday, Pittaway said: “I wanted it to be a truly memorable celebration where I could not only get my family and friends involved but the community.”

First, he collected plastic bottles from the community and used the money to purchase bags of dog food for Fallen Angels Pet Rescue, an animal rescue organization in the Melkbosstrand area. To date, Pittaway has accumulated enough funds to buy 1,600 kilograms of dog food. His efforts also combat pollution, resulting in less plastic in landfills and on the streets.

Pittaway’s work has become the community-wide effort he envisioned as his birthday approached. After embarking on his initial volunteer plans, the teen started Project 18, a non-profit organization dedicated to helping the homeless animals at Fallen Angels Pet Rescue.

The community support the project receives is imperative to its success, especially since Pittaway is a student and can’t do all the work himself. Project 18 is made possible through volunteers, donors, and proceeds from hat sales and the refunded plastics.

Based on the organization’s blog, which tracks its progress and activities, it’s apparent that what started as one teen’s birthday wish has evolved into a major network of support, ensuring that the dogs at Fallen Angels Animal Shelter are well fed.