Starbucks Pledges to Ban Plastic Straws in All Stores by 2020 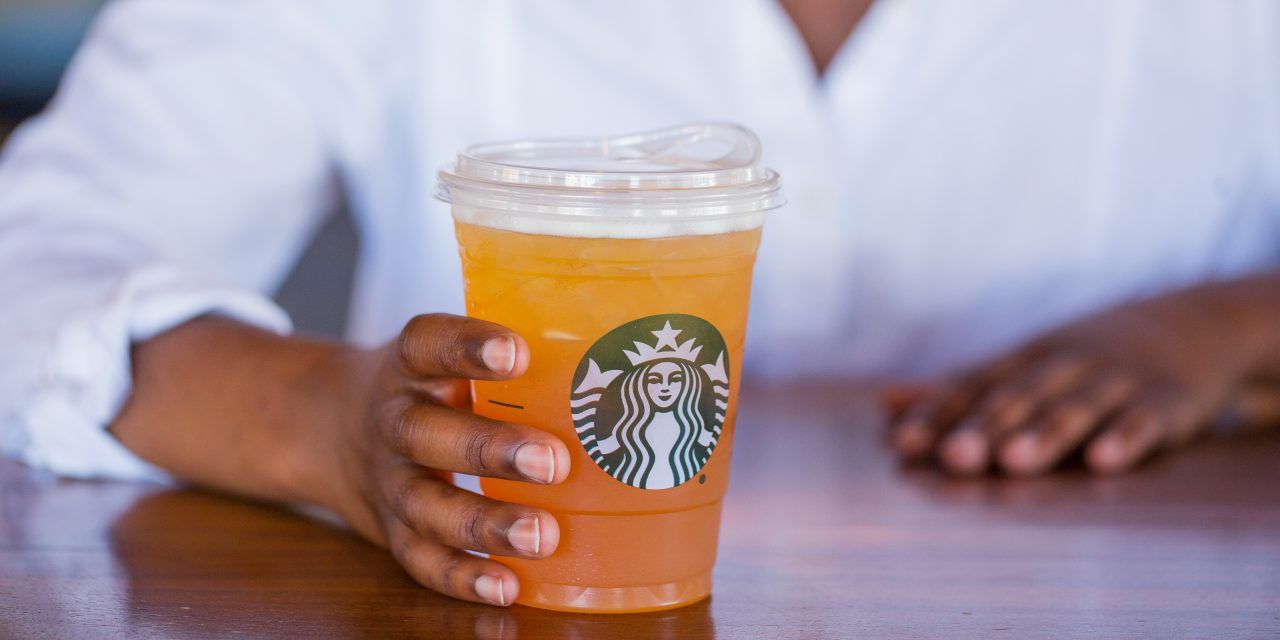 On Monday, July 9, Starbucks announced the company will go strawless—and get rid of straws from its more than 28,000 stores globally by 2020.

Starbucks is one of many companies trying to create forward-thinking solutions to tackle the material waste challenge. The strawless lid goes well alongside other plastic-free choices, such as biodegradable toothbrushes and upcycled ocean waste credit cards.

The solution: the design has been pegged the “adult sippy cup” with a raised lip lid, first created to enjoy nitro and cold foam drinks. 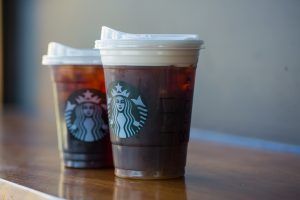 Eight million metric tons of plastic enter the ocean each year, according to Nicholas Mallas, director of Ocean Conservancy’s Trash Free Sea program, in a statement.

With an increase in demand for Starbucks iced drinks rising from 37% to 50% in the last five years, this is an important move towards sustainability.

“Plastic straws that end up in our oceans have a devastating effect on species,” said Erin Simon, Director of Sustainability Research and Development and Material science at World Wildlife Fund, US, in a statement.

The food and drink giant has invested $10 million so far in creating recyclable, compostable cups for their hot beverages. 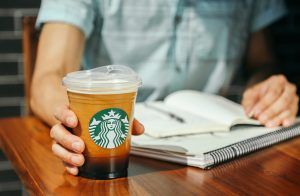 What is Starbucks’ strawless lid made of? Plastic. A widely recyclable polypropylene plastic. “By nature, the straw isn’t recyclable and the lid is, so we feel this decision is more sustainable and more socially responsible,” said Starbucks’ Director of Packaging Sourcing, Chris Milne, in a statement.

Starbucks isn’t the first company to pledge to help combat material waste. In June, McDonald’s announced they would use paper straws and phase out plastic straws across 1,300 stores in the United Kingdom and Ireland by 2019.

“For our partners and customers, this is a significant milestone to achieve our global aspiration of sustainable coffee, served to our customers in more sustainable ways,” Kevin Johnson, President and Chief Executive Officer for Starbucks, said in a statement. 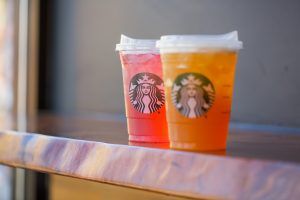 Starbucks will roll out the strawless lids this fall in Seattle and Vancouver, Canada, in addition to its 8,000 stores that already serve cold foam beverages.

Another win for the environment. When industry giants like Starbucks and McDonald’s make leaps toward a sustainable environmental future, there is hope.